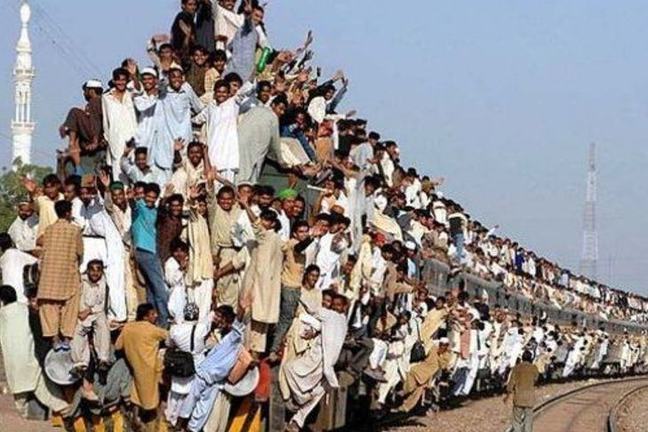 In many sectors of the leisure or transport industry, booking in advance for a precise date is a common practice when there is a constraint on the capacity.

This is true for seats, beds, rooms, cabins, car parking spaces and much else. The list is so long that we’ll keep things simple by focusing on booking a ‘seat’. On the due date, some of the seats booked are sometimes not occupied, because some people do not show up. This happens frequently in a world where uncertainty of schedule, traffic or work is everywhere. Most of the time, those ‘no-shows‘ or cancellations are not declared in advance and the company has no other option than observing that some seats are empty.

It is too late to resell these seats

For the company, this is a waste of capacity and of revenue, since some other people may have been willing to pay for those seats if they were available. If the demand is high for that period, those seats may even have a higher value. Of course, the company has already made some money with those seats but at the end of the day, these are valuable assets that will not be utilised and money is left on the table as a result.
To avoid this situation, some companies practice overbooking and sell more than the actual capacity.

Over the years, many companies have followed airlines practices and try to forecast their no-show rates. It is quite a difficult task: these rates vary greatly and are specific to each industry, each good, each date, each population of clients and reservation constraints.

No-show rate can be important

For airlines, the no-show rate decreases with the length of the flight and varies with the type of demand: people travelling for business reasons are more likely to change flights at the last minute. The no-show rate can be as large as 15 to 20% of the capacity for the most in-demand flights or to some destinations. This is all the more reason to try and sell seats that would otherwise remain empty.

Let’s work out the expected revenue of overbooking

Consider a 400 seats airliner departing from Paris to New-York next Monday morning. On this flight, no-shows are very likely but not certain. Should the company practice overbooking? To what extent?

All you need is demand and a good knowledge of the no-show probabilities.

Anyway, we imagine that the flight is quite demanded, so the probability to sell this seat is high, and the price few days before departure is quite high too. Let’s assume that the computed expected revenue here is €400 for this very seat, and that the probability of no-show for this seat is 0.9, which is quite high as we are talking of the first additional seat sold on a 400 seats plane.

The overall additional revenue of overbooking for the additional seat is then calculated as the sum of the revenues in the case of a no-show multiplied by the probability that there is effectively a no-show, plus the losses (or here revenues) when there is a denied boarding multiplied by the probability of facing a denied boarding.

In our simulation, the calculus for the first additional seat clearly shows that the airline would improve its revenue by €370 if overbooking one seat.

But how many seats should the airline overbook?

Let us repeat that computation seat by seat and do the calculation for the 20th seat we may overbook on the same plane, on the same flight, on the same day.

Using the same calculation table as above, could you work out the airline additional revenue from overbooking this 20th additional seat? (you will have the opportunity to check your result below)

A seat by seat computation

As with many calculationof this type, searching for the equilibrium between revenues and losses may be performed in an iterative way. Let us skip ahead and see what happens if the airline considers now proposing 30 additional seats for that flight.

The data for the 30th additional seat are as follows:

What is the overall additional revenue from overbooking a 30th seat?

Got it? Normally you should have the following results:

If you did not get it right, check the solution in the DOWNLOADS section at the bottom of this page.

What do these results show?

First, we can see that even if no-shows are unsure and the compensation cost is equal to the expected revenue of a 20th additional seat, it is still worthwhile for the company to overbook at least 20 seats. On the contrary, selling 30 seats more than the total capacity of the plane is detrimental to the airline, as it leads to a €25 loss.

So the airline should try to sell more than 20 additional seats but fewer than 30 seats on his flight. In this simulated case, the overbooking rate should be somewhere between 20/400 and 30/400, that is between 5% and 7.5%.

Note also that the compensation cost is set to €300, but in reality this depends on the length of flight, the delay incurred for the denied boarding passenger and other factors. Here, we do not take into account the fuzzy cost to the airline reputation that can be very important for some airlines.

To overbook or not to overbook?

These numbers are to be compared with the choice of not overbooking, leading, for sure, to no additional revenue and probably to some empty seats.

In many situations, not overbooking would not only be leaving money on the table, but also would leave people willing to travel (even at a high price) on the ground, while some seats remain empty!