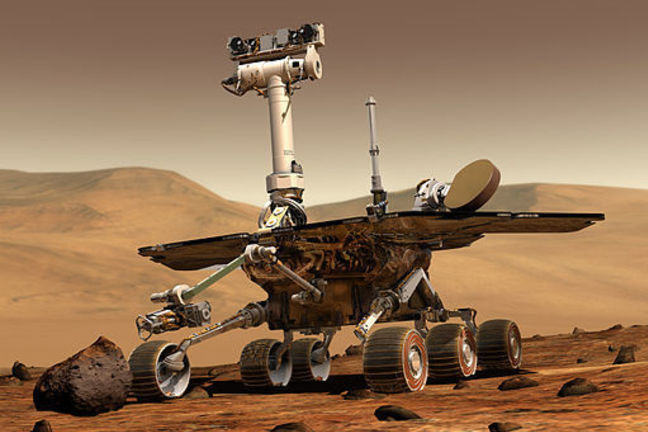 Space: the next frontier

“What can you tell me about that?”

Sophie Borisenkova pointed at a massive construction yard that she and the Director of the Mars Colony could see through the large windows of the conference room. Despite the distance, they could both make out the shapes of cranes that operated around the unmistakable form of a space pad. Beams and sparks of lights occasionally punctuated the site, where apparently work did not stop even after sunset.

“That,” replied the Director, “is precisely where most of our development budget goes, madam.

“As I explained earlier, since the new administration of the Colony came to power three years ago, there has been an unprecedented interest in new space exploration. The space pad is an investment that will enable us to undertake further steps in the human colonisation of the solar system.”

Sophie knew that this was a very bold move, but also one that only the Mars Colony could make. Back on Earth, most efforts – and public spending – were focused on tackling environmental issues that had not been properly addressed for over a century. No government there would divert public resources to explore new places when home was in such dire straits.

What’s the real dilemma here? Can you see the pros and cons of each position? Share your thoughts on the steps you would recommend right now.