This content is taken from the London School of Hygiene & Tropical Medicine's online course, A History of Public Health in Post-War Britain. Join the course to learn more.
View course
2.3

Omran argued that infectious disease began to decline in the West at the beginning of the twentieth century, and this decline became even more marked after World War Two. Yet, when you look at the death rates in more detail, by the early part of the twentieth century chronic conditions had already overtaken infection as the leading cause of death. It is true that deaths from infectious disease did drop over the course of the twentieth century, and especially in the post-war period, but chronic disease was already a major threat to public health. Indeed, deaths from heart disease rose faster in the inter-war than in the post-war period.1 So, a shift from infectious to chronic disease did happen, but it was a more gradual process of change over a longer period than is often portrayed. 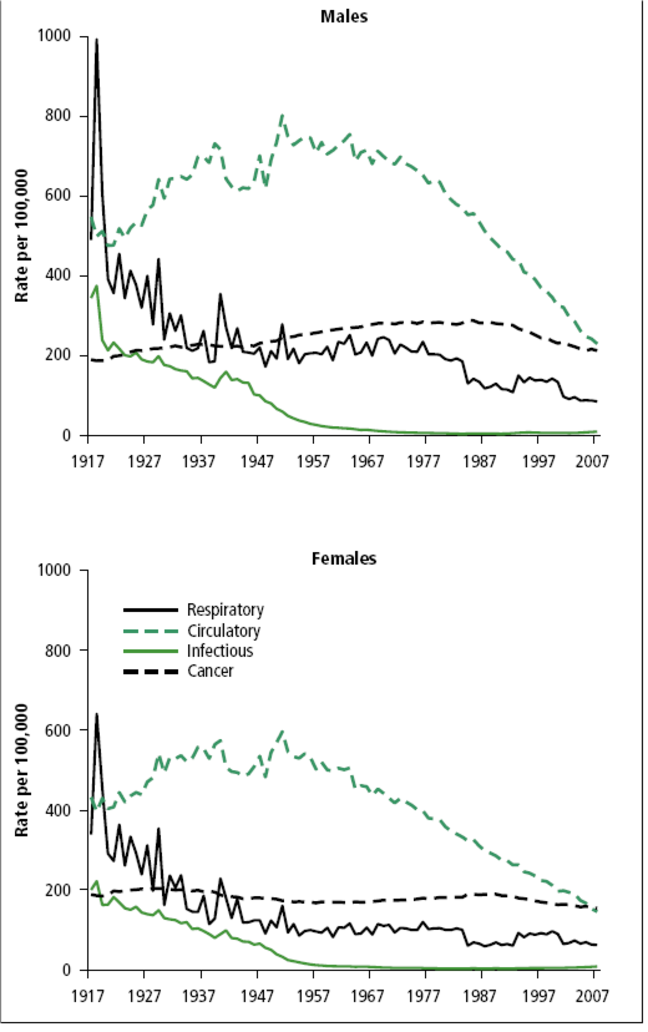 Fig. 1: Age standardised mortality rates by cause of death and sex in England and Wales, 1917-2007. Source: Dunnell, K (2008) Aging and Mortality in the UK. National Statistician’s Annual Article on the Population. London: Office of National Statistics. p. 8.

The persistence of infection

Just as the timing of the rise of chronic disease can be questioned, so too can the decline of infection. Although rates of infectious disease reduced over the course of the twentieth century in high income countries, communicable conditions did not go away. The appearance of AIDS in the 1980s demonstrated powerfully that infections could still kill in large numbers, and that new infectious diseases posed a significant threat to public health. At the same time, older, supposedly conquered diseases, like TB, persisted. New research also began to call in to question easy distinctions between infectious and chronic disease. Some chronic conditions, like certain types of cancer, were found to be caused by infections. Other infectious diseases, like HIV, came be regarded as chronic conditions as treatments improved and patients could live with the disease for many years.

A construction of language

The blurring of the boundary between infectious and chronic disease draws our attention to the importance of labels and language in describing disease patterns. The terms ‘chronic disease’ or ‘non-communicable disease’ lump together a lot of different conditions that last for varying periods. What do chronic diseases have in common? How long does someone have to suffer from a chronic disease for it to be ‘chronic’?

The historian George Weisz has argued that the label ‘chronic disease’ was created by American health policy makers during the early part of the twentieth century. This was partly in response to changing disease patterns, but also as a way of expanding health services and provision.2 The sociologist David Armstrong takes a slightly different tack, asserting that the labelling of degenerative conditions associated with aging as ‘chronic disease’ was a reflection of the power and authority of medicine, as much biological reality.3

Why does it continue to be an important concept?