This content is taken from the London School of Hygiene & Tropical Medicine's online course, A History of Public Health in Post-War Britain. Join the course to learn more.
View course
3.8 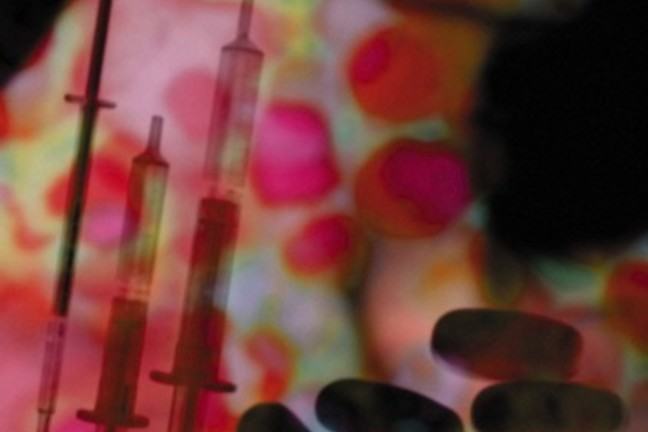 One of the strongest levers available to governments to encourage behaviour change and improve public health is to restrict the use of certain products thought to cause harm. In this Step, we explore the development of some of the different restrictions placed on substances and assess their effectiveness.

The development of restrictions on psychoactive substances

Up until the early twentieth century, there were few restrictions on the sale and consumption of psychoactive substances such as heroin, cocaine and cannabis. In 1920, a combination of international pressure and a domestic panic about cocaine use among soldiers and young people in the West End of London resulted in the introduction of the Dangerous Drugs Act. The act placed strict restrictions on the sale and possession of drugs like cocaine. Individuals needed a prescription from a medical practitioner to obtain the drug: all other means of acquiring such substances were illegal. Over time, this legislation evolved to include other drugs (such as LSD) and to increase the penalties resulting from breaking the law.

This form of regulation – prohibition – was the most extreme form of restriction to be placed on psychoactive substances but other drugs were controlled in other ways. The sale and consumption of alcohol, for instance, had long been subjected to different kinds of regulation. Licences restricting the sale of alcohol had been in place since 1552, and restrictions were placed on the age of buyers from 1886. Similarly, restrictions were introduced on the sale of tobacco to children in 1908: smokers had to be aged over 16 to buy cigarettes and other tobacco products. The broad pattern of different kinds of restrictions for different kinds of psychoactive drugs continued into the post-war period. Alcohol and tobacco remained legal, substances like heroin and cocaine remained illegal. But beneath this broad pattern of continuity, there were changes.

Although the drinking age remained the same, the hours during which adults could purchase alcohol increased. The ‘afternoon gap’ (when pubs were closed after lunch, before opening again in the early evening) was closed by the 1980s and in 2003 the government brought in new licensing legislation that allowed bars to stay open 24 hours a day. In contrast, the restrictions placed on tobacco have increased in recent years. Smoking was banned in enclosed workplaces in 2007, and the age at which consumers could buy tobacco was increased to 18 years in 2015. The list of prohibited drugs has continued to grow, now encompassing many new substances and keeping existing drugs, such as cannabis, illegal, despite legalisation in other parts of the world.

How effective were these restrictions?

It is hard to judge the effectiveness or otherwise of such restrictions. This is partly because it is almost impossible to test the various policy options: it would be difficult to ban one substance and then legalise it again to see what the difference is. The other problem surrounds the policy goal: what would an ‘effective’ drug policy look like? Everyone knows for instance, that the prohibition of alcohol in the USA in the 1920s ‘failed’. People still drank, and alcohol became associated with organised crime. Yet, when historians have looked at other measures of potential policy success, such as admissions to hospital for alcohol related illnesses, these decreased during Prohibition.1 So, effectiveness can depend on what the intended outcome is supposed to be.

Another difficulty with judging effectiveness is that placing restrictions on substances can have unintended consequences. Banning a substance, for example, can encourage users to move on to another, potentially more harmful, one. Indeed, some critics have questioned whether the restriction of psychoactive substances is proportionate to the damage that they cause. In 2010, Professor David Nutt, a psychopharmacologist, and former chair of the government’s Advisory Council on Misuse of Drugs, published a paper in the Lancet arguing that when the harm to both the individual and society are considered, alcohol is the most harmful drug, more harmful than illegal substances such as heroin or cocaine.2

Although questions can be raised about the extent to which the harm caused by different substances can be accurately measured and compared, Nutt’s study does illustrate the point that the restrictions placed on substances are not necessarily related to the harm that they can cause.3 Tobacco and alcohol have killed millions of people, yet they remain legal.

Think about the place tobacco and alcohol play in your own life. Even if you do not smoke or drink, you most likely know people who do. Alcohol, and to a lesser degree, tobacco, are embedded into cultural life and many people derive pleasure from their use. Banning these substances could be regarded as an unfair restriction to civil liberties and to individual choice. Moreover, the tobacco and alcohol industries constitute a powerful interest group, able to lobby government and other actors to keep legislation in their favour. Restricting the use of psychoactive substances is not a simple process, even if it may benefit public health.