This content is taken from the University of Basel's online course, Literature in the Digital Age: from Close Reading to Distant Reading. Join the course to learn more.
View course
3.2 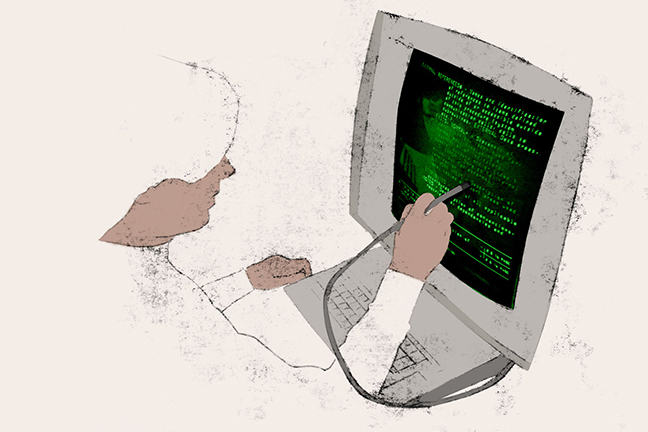 What are the strategies of hyper reading? Part I

Sosnoski glosses filtering as ‘a higher degree of selectivity in reading’ (163), adding that ‘the text is usually understood to provoke the selection of its details. In constructive hyper-reading, the selection criteria employed often govern the reader’s interest before the texts are even found. Once these criteria are activated, readers can raid the texts uncovered by their search results in order to assemble their details as another text which is, so to speak, re-authored by the reader. The extreme instance of such reading is a search engine’ (166). As Sosnoski notes, we always make selections when reading any kinds of texts, but hypertexts actively prompt us to make selections. Moreover, the number of selections we make in hyper reading is usually very high. In other words, in hyper reading, filtering is a central and eminently sensible activity.

In skimming, ‘less text [is] actually read’ (163). ‘Hypertexts’, Sosnoski adds, ‘are designed for skimmers. If you were to skim a printed book, you would probably look first at its table of contents, then its index and its bibliography, afterward read its introduction and its conclusion, and toward the end turn to an interesting chapter or pursue a conceptual thread or two. Hypertexts, like proposals, are designed so that such intelligent skimming is the norm which helps readers who have too much to read’ (167). Skimming is, then, an entirely appropriate response to hypertexts since most of them are not designed to be read in their entirety.

Sosnoski characterizes pecking as ‘a less linear sequencing of passages read’ (163). He remembers that ‘sometime during my education I was taught that skimming was bad but that pecking was worse […]. If you pecked at a text, reading randomly, sometimes here, sometimes there in no particular sequence, then you had no hope of discovering the text’s coherence’ (168). Yet in hyper reading, the case is different. Here, ‘pecking is an entirely suitable technique. In constructive hyper-reading the reader governs the reading and imposes coherence by reassembling textual fragments as a newly created text that often displaces the intention the authors of the textual fragments incorporated in it may have had’ (168). In pecking, coherence is still an ideal but it is no longer a quality of the text that is read. Instead, it is something that readers strive to establish through the act of reading.

Sosnoski remarks that in imposing, ‘less contextualization’ is ‘derived from the text and more from readerly intention’ (163). ‘In constructive hyper-reading,’ he adds, ‘there is no doubt that the reader is in charge and that the text is subservient to the reader’s wish. Such hyper-readers impose their frameworks on the texts they peruse. […] By framing texts, readers assimilate them to their interests and hence render them significant in the context of their concerns. The significance of the text, in this sense, is more important than its ‘meaning’ (169). Imposing is, then, a correlate of filtering, skimming, and pecking. By imposing our own intentions, our own frameworks, and our own coherence on hypertexts, we ensure that the selections we make and the passages we pick out are reassembled in a way that makes sense to us.

In filming, ‘significant meaning is derived more from graphical elements as from verbal elements of the text’ (163). In other words, ‘in the construction of hyper(media)texts − regardless of their significance − graphics often play a more meaningful role than words. Hyper-readers turn the graphics on web pages into virtual montages using conventions similar to cinematic ones (probably learned from countless hours of watching TV and film)’ (169). For Sosnoski, this dominance of images over texts does not entail a loss of seriousness or depth but enables and demands new forms of cognitive processing on the part of readers.

Sosnoski published his essay in 1999, which helps explain why his descriptions of hyper reading practices are still characterized by a certain defensiveness. His most significant achievement lies in giving us a first description of an increasingly prominent reading strategy in the digital age. Equally importantly, Sosnoski does not resort to the value judgments of print-based culture.