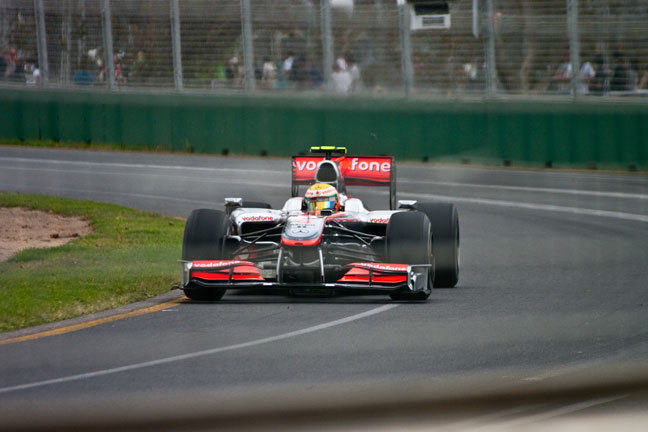 Rosberg vs Hamilton - rates of change

So where do rates of change come into this?

Fuel usage can be expressed as a rate of change as we mentioned in the discussion earlier this week. Essentially, Hamilton’s success is down to his ability to master his fuel usage and control his various rates of change more accurately than other drivers.

So how does Hamilton actually control his rates of change?

Well, that is a closely guarded secret; it’s unlikely that the formula one world champion is going to tell us all the tricks that he uses to win! There is however, a particular method of saving fuel which is well known and which experts say Hamilton was able to master.

A technique used in motor racing when approaching a corner is to lift off the throttle earlier and brake later from a lower speed. If this ‘lift and coast’ method is done successfully there is very little difference to lap time but less fuel is consumed. It seems that Hamilton was able to perfect and execute this better than his rival, and winning the race came down to his ability to control his rate of acceleration in the braking zone. 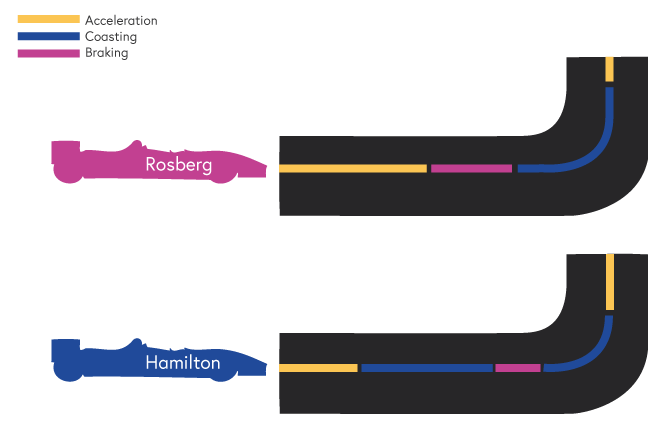 Let us imagine that Rosberg and Hamilton are heading down a straight, side by side, preparing for the next corner. We will assume that they both brake with the same average rate of deceleration (because they have the same car with the same tyres and brakes). These assumptions are probably not accurate in the real world but they allow us to simplify the explanation somewhat.

If Hamilton lifts off the accelerator and starts coasting before Rosberg starts braking then Rosberg will start moving ahead as he continues to use fuel and accelerate whilst Hamilton slows down. After this Rosberg arrives at his braking point and starts braking heavily, during this time Hamilton makes up some, but not all, of the distance he lost when he lifted.

Both drivers drive through the corner at the same speed and accelerate at roughly the same point but Rosberg is ahead. So how does this technique of going slower help Hamilton? The reduction in speed is only small, Hamilton will only have lost a tenth of a second using this technique, maybe less, but he has used less fuel in the process. During the time when Hamilton is coasting and Rosberg is accelerating Hamilton is using less fuel than Rosberg. Because this technique does increase the laptime Hamilton doesn’t use this technique until he is ahead of Rosberg, the slight decrease in laptime isn’t enough for Rosberg to overtake him but the extra fuel saved allows Hamilton to turn his engine up and drive faster towards the end of the race.