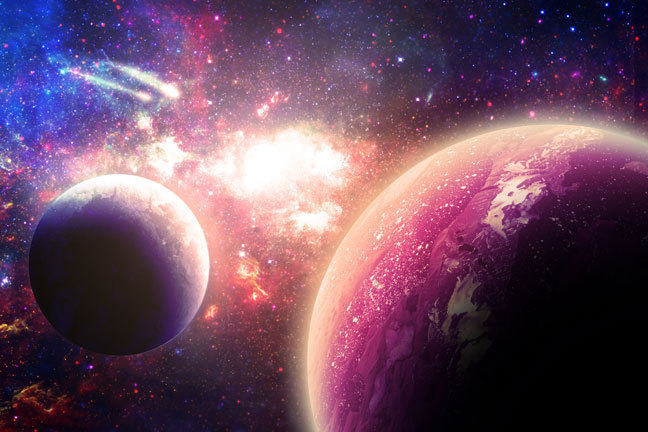 The history of planetary motion

Planetary motion and the motion of various stellar bodies is a deep topic which has fascinated humans since our beginning and is still undergoing research. New discoveries are regularly made in this field and we will attempt to give a brief overview of the history here.

The planets and stars and their motions have been drawn and written about in various forms since the earliest records. We will begin our tour of history with the Greeks. Arguably the first records of discoveries in planetary motion begin here with Pythagoras (6th century BC) and Aristotle (4th century BC) who postulated that the world was not flat and was indeed spherical. Whilst there is some evidence that their arguments convinced educated individuals their claims were not accepted by society as a whole.

In the 3rd century Eratosthenes noticed that the sun appeared to be at different places in the sky at different places in the country at the same time. He used these observations and some simple geometry to calculate the circumference of the earth and came up with a result of 25,000 miles which is remarkably accurate with the true figure being 24,902 miles. Eratosthenes made many other contributions including a method for finding prime numbers which is still widely taught and used today.

In the 15th century Copernicus theorised that the sun didn’t move around the earth but the earth moved around a stationary sun. This was a revolutionary idea and Copernicus was very careful about how publicly he presented his theory. He was worried about a backlash from the church and considering what happened to Galileo shortly afterwards this was a sensible move!

Heliocentric models of the solar system, or models where the sun is stationary at the centre had been theorised before Copernicus but his contribution was to use the model to explain various observations relating to the motion of the stars. Part of Copernicus’ model is that the orbits of the planets are circular. In the 17th century Kepler refined the model and showed that elliptical orbits match the observations more closely.

Kepler’s work was based on empirical observations but as we mentioned before Kepler’s laws turn out to follow mathematically from Newton’s laws. In the late 17th century Newton started working on his theory of gravitation, he proposed that gravity gets weaker with the square of the distance between the two objects, this is known as the inverse square law. Showing that Kepler’s laws can be derived mathematically from Newton’s theory of gravitation was one of Newton’s major achievements alongside inventing calculus!

In the early 20th century Edwin Hubble made further contributions to planetary motion and in particular showed that the universe and indeed our own galaxy, the milky way, were both orders of magnitudes larger than originally thought.

Other 20th century advances such as Einstein’s theory of relativity also affected the study of stellar objects and their motions. In fact the area is still a rich research area with many papers being published in space science every year. In the next activities we will explain some of the simpler parts of planetary motion. In particular we will describe and explain Kepler’s laws.