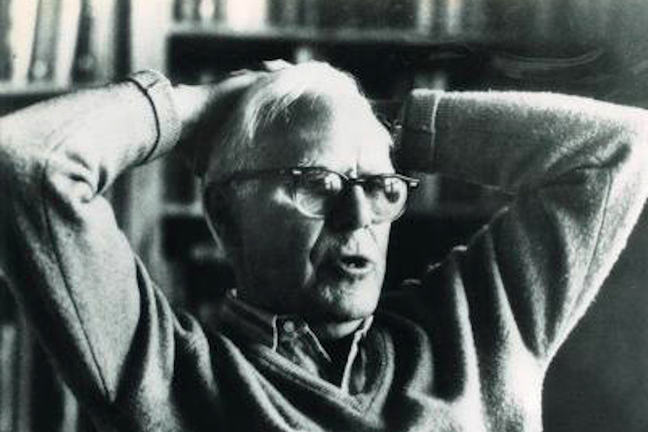 It is safe to say that no other person has influenced recreational math in the twentieth century more than Martin Gardner.

Born in Tulsa, Oklahoma in 1914, he taught himself to read at an early age. His father was a geologist, his mother a teacher. He himself excelled at school in math and physics but did not pursue an academic career in these fields. Instead, after serving in the US Navy in World War II, he got a B.A. in philosophy at the University of Chicago. He moved with his wife Charlotte and their two sons to New York, and started working as a writer for various magazines. His puzzles column in ‘Humpty Dumpty’, a children’s magazine, caught the attention of the editors of ‘Scientific American’, who invited Gardner to write a monthly column in their journal. His ‘mathematical games’ column was an instant success, becoming the most popular feature of Scientific American.

Gardner popularised math like no-one before, expanding the borders of what was considered recreational math to other fields such as art, magic, computer science and skepticism. Gardner wrote his column for 25 consecutive years, alongside over one hundred books on recreational math, popular science, wordplay, literature, skepticism and magic. He became an expert and prolific writer in all of these fields.

Among his best known works are his ‘Annotated Alice in Wonderland’, ‘The Unexpected Hanging’, ‘Encyclopaedia of Impromptu Magic’ and ‘Fads and Fallacies?’. Perhaps the most admirable attribute of Martin Gardner was his shyness, open heart and generosity. He is revered by mathematicians, scientists and magicians all over the world. Martin Gardner passed away at the age of 96 at his home in Oklahoma.

To get a feeling for the kind of person Martin Gardner was, watch this interview where author, mathematician and artist Scott Kim talks about his acquaintance with Martin Gardner.

Martin Gardner wrote about magic squares, mechanical puzzles and codes, all of which we’ll meet in the following weeks. He also popularised John Conway’s Game of Life, the predecessor of modern computer games and simulations. His column on ‘Flexagons’, was so popular that I decided to create a special Future Learn course dedicated just to that!
Like Carroll, Dudeney and Loyd, Gardner published many puzzles. Here is a ‘quicky’ you might want to try yourselves. You can ask for hints in the comments below but don’t give away the answer…

How many months have 30 days? (from ‘The Unexpected Hanging’)