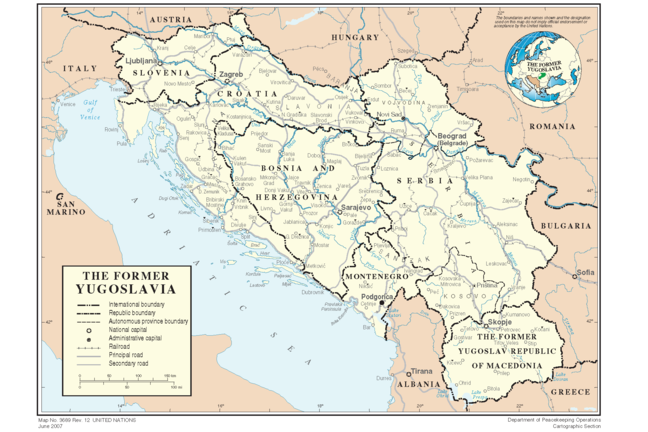 Case study religion and peacebuilding: interreligious cooperation and dialogue and the case of Bosnia and the former Yugoslavia

Throughout the 1990s, the world looked on in collective horror as ethnic war, genocide and concentration camps again emerged on the European continent. The breakdown of the former Yugoslavia fuelled one of the bloodiest and most violent conflicts seen in Europe since the end of World War Two and for many brought back vivid and disturbing memories of the Holocaust. In many ways, the conflicts that raged across the former Yugoslavia, first between Serbia and Croatia, then in Bosnia and later in Kosovo, became defining moments for the post-Cold War international community. No longer constrained by the ideological allegiances that had defined Cold War politics, the post-Cold War era had initially been trumpeted as an era of great cosmopolitan cooperation across the globe, of good international citizenship amongst nations(1). The ethnic conflict in the former Yugoslavia, along with the violent conflicts in Somalia, Rwanda and East Timor, to name but a few, and the failure of the international community to adequately intervene in these conflicts demonstrated all too keenly that this commitment to a global cosmopolitan ethic and humanitarianism existed more in theory than it did in practice(2).

As we saw in Week Three, the post-Cold War era was also significant for the supposed “return of religion” to global politics and the conflict in the former Yugoslavia was seen as a part of this phenomenon. Yet the role of religion in the conflict in the former Yugoslavia is extremely complex. Described by many analysts as a predominantly ethnic conflict, religious identity was and continues to be inextricably entangled with the ways the groups involved in the conflict define themselves: (Eastern Orthodox) Serbs, (Catholic) Croats, (Muslim) Bosnians(3). As a result, religious identities, actors and initiatives were also an important part of the peacebuilding process that emerged in Bosnia.

In this case study, we will explore the significance of a technique that scholars describe as “interreligious dialogue and cooperation”(4), an approach that primarily focuses on civil society actors and initiatives, separate from the role and influence of the state. These civil society approaches contrast with state-sanctioned peacebuilding approaches, such as truth and reconciliation commissions, as we will look at in the next case study on South Africa. As you will see, while truth commissions are usually established by state governments, which is what endows them with the legitimacy to deal with the perpetrators of crime and human rights abuses, interreligious cooperation and dialogue are often more organic, driven by civil society actors, including religious communities (the leaders and members of churches, mosques, temples etc), religious non-government organisations (RNGOs) and individuals. These processes can be formal, large-scale, ongoing initiatives instituted by the hierarchical leadership of different religious traditions, such as the Interreligious Council in Bosnia and Herzegovina, or they can be informal small-scale activities undertaken by individuals and/or individual parishes/mosques within one community. In Bosnia and Herzegovina, we see examples of both types of interreligious cooperation and dialogue.

Interview with Pieter Nanninga - Group dynamics within IS