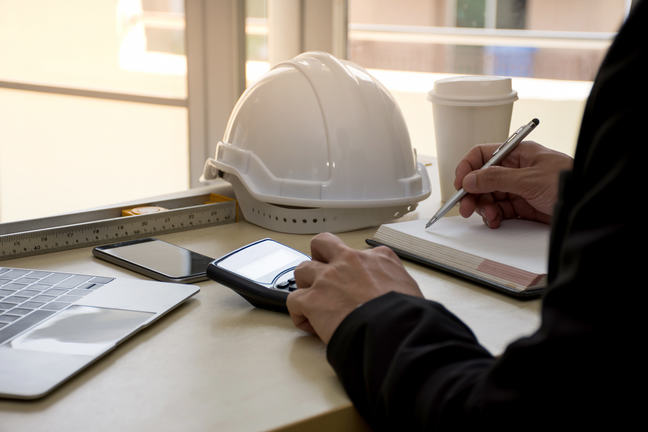 Now that you explored research philosophies and paradigms in research, let’s look at the research methodologies that are applicable to construction research.

Experiments are powerful techniques for evaluating real-life cause and effect relationships. In any experiment, the researcher manipulates the level of some independent variable and then measures the outcomes. There are two major types of experimental research: namely, true experiment and quasi experiment. However, some scientific research records the pre-experiment as another type of experiment, thereby making it three in total.

There are a lot of ways to conduct research and collect information, but one way that makes it really easy is by doing a survey. A survey is defined as a brief interview or discussion with individuals about a specific topic. The term survey is, unfortunately, a little vague, so we need to better define it. The term survey is often used to mean ‘collect information’. For instance, you may imagine a researcher or a television scientist saying, ‘We need to do a survey!’ (I know, riveting television).

So, besides our definition above, survey also means to collect information. We have our first definition of a brief interview, and a second definition of collecting data. There is also a third definition for survey that is a specific type of survey research, of which there are three specific techniques:

This is a research strategy that facilitates in-depth investigation of particular instances of the phenomenon. The rigour of case studies research is judged by its procedure, which combines data collection methods such as interviews and documentary evidence (Fellow and Liu 2017). Yin (2009) identifies that cases can either be Single case (critical, unique, longitudinal, typical, revelatory case) or Multiple case. The case study strategy is prominent as an empirical inquiry, which investigates a contemporary phenomenon within its real-life context, especially when the boundaries between the phenomenon and context are not clearly evident. The case study research is very popular within industries that are project-driven (Proverbs and Gameson 2008). Multiple case studies can be used to explore a phenomenon and get a deeper understanding of the subject under investigation (Bryman and Bell 2011).

As noted by Knight and Ruddock (2008: 86) the grounded theory is a methodology that involves a systematic process of gathering a finite set of data to evolve a theory based upon the data. The distinctive feature of the grounded theory is that theory is arrived at from the data that it gathers, and not from speculation or preconceived ideas. As a result of this, the researcher is in total control, as they have more understanding of the situation under investigation (Glaser and Strauss 1967). This goes further to mean that because there is no preconceived theory, a theory is built and not tested. This helps in the explanation of the phenomenon rather than the findings (Strauss and Corbin 1998) thus confirming that data ‘has been analysed without a preconceived theory or hypothesis’ (Alan 2003). Data collection in grounded theory involves field notes, interview data (notes, recordings, transcripts) and any other existing literature.

Ethnography is the study of social interactions, behaviours, and perceptions that occur within groups, teams, organisations, and communities. Ethnography is guided by the assumptions of multiple realities that are socially constructed. Ethnography is a qualitative research approach in social science disciplines, particularly in anthropology and sociology. Modern social science defines ethnography as the long-term observation of or participation with a group of people undertaking everyday behaviours and activities in their natural setting (Geertz 1973).

The major data collection is the participant observation, sometimes supplemented with interviews and archival searches. One of the major criticisms of ethnography emerges from the immense involvement of the field worker. It is the difficulty of the field worker to extricate their personal opinion and standards of relevance from what should be observed against what shouldn’t (Van Maanen 1979).

Having learned about the various research methodologies, which methodology will you be adopting and why? Justify your choice and share with the learning community.