This content is taken from the SOAS University of London's online course, Risk Management in the Global Economy. Join the course to learn more.
View course
2.7 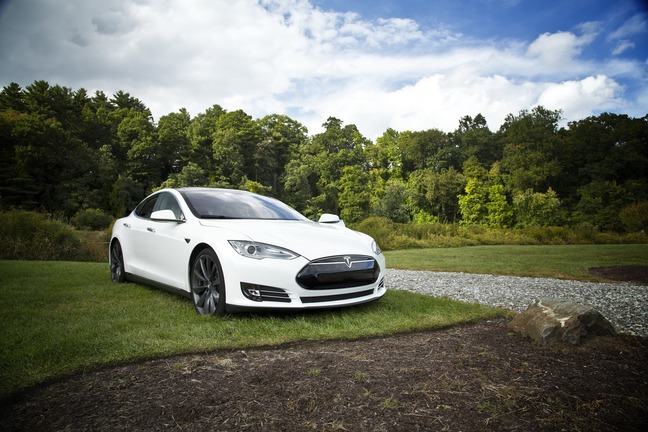 Returns and risk: an application

In this step you will consider purchasing the stock of two companies: Mondelez International Inc., the American multinational food, drink and confectionary corporation; and Tesla Inc., the American company manufacturing electric cars and solar panels.

How would you characterise these two companies? For example, you might differentiate the

Are there other factors you would consider when characterising these two companies? In overly simple terms, and depending on your perspective, you might characterise one company as relatively more ‘exciting’ and the other company as comparatively more ‘traditional’.

If we are considering investing in one or both of these two companies we might conduct a detailed analysis of the factors suggested above. And we could examine their financial reports, including the income statements and balance sheets. In addition, we could see how stock markets and investors value the two companies by examining their share prices. The daily price of Mondelez shares is shown below, from 2010 onwards. 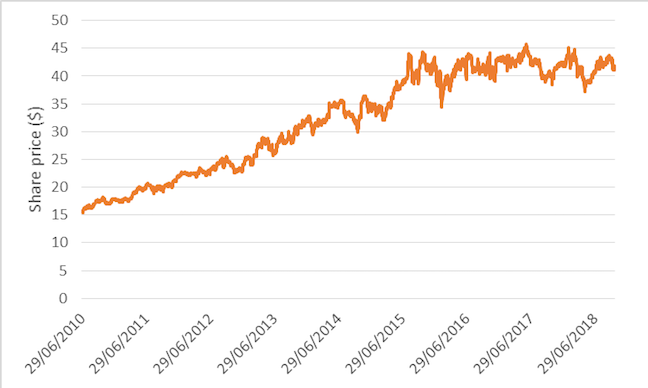 The average annual return on Mondelez shares over this period is 12 per cent per year. (We have calculated the return from the daily change in the share price, ignoring any dividend payments.) The price of Tesla shares is shown in the following figure. 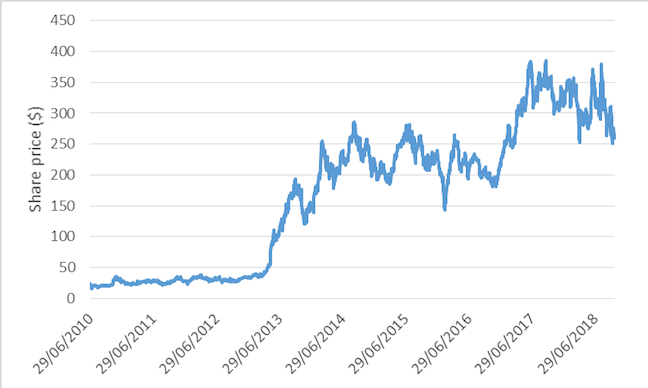 However, take a moment to examine the patterns of share prices for the two companies. The share price for Tesla shows more variation than the share price for Mondelez. This corresponds to larger positive returns, but also larger negative returns, for Tesla shares compared to Mondelez shares. In the next steps you will see how to examine this variation using the standard deviation of returns. For the moment we can say the standard deviation of returns for Mondelez is 19 per cent per annum, calculated from this historical data.

The annual standard deviation of Tesla returns is 51 per cent per annum, calculated from the historical data. How might this information influence your investment decision concerning Mondelez and Tesla shares?

To capture the variability of returns we consider how the returns for an asset vary relative to the mean return for the asset. If more extreme returns are possible (both positive and negative), these will contribute to a higher standard deviation. However, if the extreme returns have a low probability of occurring, their contribution to the overall measure of variability will be small.

So the question is, do you want to invest in biscuits or driverless electric vehicles?