Introduction to building materials and techniques

What was ancient Rome built of? What tends to survive best is cheap, sturdy concrete at sites like the Baths of Caracalla. Valuable materials like marble, cut stone and the lead-sheathed iron clamps that held it together, were removed throughout the middle ages and into the renaissance by builders scavenging ‘spolia’ (reusable materials) – unless the building in question was lucky enough to be preserved by conversion into a church.

Enough material survives to give us a good idea, though. The remains of the city use a distinctive palette of materials: travertine and tufa stone along with reddish-orange Roman brick are familiar structural ingredients. Remnants of richly coloured marble and patterns of clamp-holes where it was once fixed to brick walls show how some buildings once boasted lavish surface decoration. 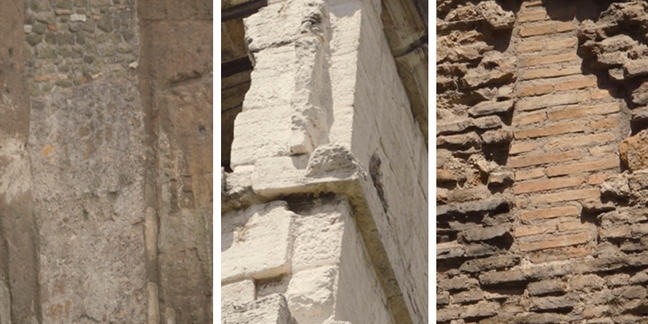 The materials used by Roman builders can tell us a lot. Architects had to balance the desire to achieve a grand visual effect on the one hand, and to stick within a reasonable budget on the other. The Roman architect Vitruvius, writing in the first century BC, tells us:

‘Efficiency’, however, is the appropriate arrangement of resources and of the site, and the moderation of expense in the work by means of thrifty reasoning. This will be attended to if in the first place the architect does not require what cannot be found or prepared only at great expense. For it is not everywhere that there is a supply of quarry sand or stone or fir wood or pine or marble, but each thing is found in a different location, and their transportation can be difficult.

In an age before mechanised tools or transport, cutting and transporting heavy stone blocks was particularly expensive. That gave stone masonry a prestige factor; the emperors’ imports of huge granite column shafts and the obelisks from Egypt, for example, was a deliberate demonstration of logistical power and expense, and a way of showcasing the extent of the empire.

As Rome’s territory and technological know-how expanded through the republican and imperial periods, Roman builders gained more materials and techniques with which to work. At first, the only stone available to them was the local volcanic Cappellaccio tufa of which Rome’s hills were made. Though relatively easy to cut, and quarried right on site (minimising transport costs), it isn’t a very attractive building stone, crumbly and impossible to carve to a fine edge. As the city’s power grew, new quarries of better stone further afield were opened up.

For decorative detail early Roman builders had to rely on moulded terracotta and carved, painted wood. However, from the second century BC, Rome opened up quarries for travertine on the road out to Tivoli, close enough to the city to be economical. Travertine is an attractive white limestone (not as pure and brilliant as some of the Greek marbles) capable of being carved to a nice crisp edge, and is still widely used in architecture today (including the floors of the building where I work in Reading). 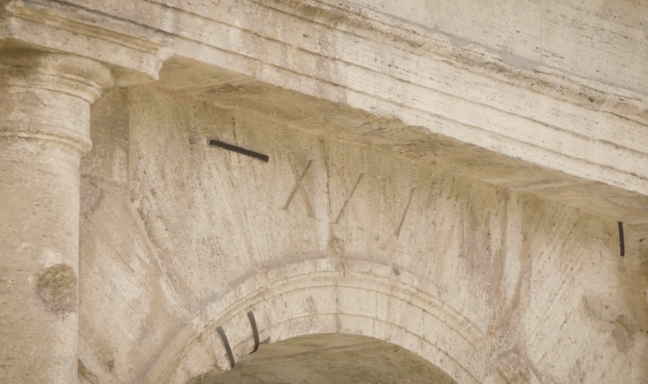 Figure 2: Carved travertine stone in the arches of the Colosseum. © University of Reading

By the mid-second century BC, Rome was also importing luxurious white marble from the Greek world (where it had been used for centuries), as her armies extended her power into the eastern Mediterranean. The Romans developed a taste for Greek architectural luxury. Greek sculpture, books, and other cultural artefacts started to pour into the city, as well as Greek craftsmen, artisans, and slaves. The round ‘Temple of Hercules Victor’, which you’ll see more of in Week 3, is a good early example of Greek marble and architectural style at Rome, in an area of the city associated with foreigners and trade.

By around 50 BC, the Romans had found an Italian source of white marble in the Alpine Luna quarries near modern Carrara. Rome’s emperors overcame republican scruples about luxury in architecture, and Rome was flooded with exotic coloured marbles from her growing empire. The columns and floors of imperial buildings like the Pantheon are, as you’ll see, good places to see displays of polished, coloured marble.

Expensive imported marble was generally reserved for surface decoration, often in thinly cut veneers. The development of concrete to form the structural core of buildings was one of the most important innovations in Roman architecture. Concrete is easier and quicker to use than cut stone, and its raw materials are cheap and easy to transport. It uses less skilled labour, and doesn’t require so much heavy lifting equipment. It can be laid in almost any shape over wooden centering that is removed when the concrete is ‘cured’ or set, allowing huge, geometrically intricate vaults to be constructed.

This shift from the externally focused, columnar architecture of the Greek world to Rome’s architecture of interior, vaulted spaces was one of Rome’s major stylistic contributions to architectural history. Its legacy lives on in architecture like Grand Central Station in New York, modelled on vaulted Roman bathhouse halls, and in Rome the great dome of the Pantheon is the greatest surviving example of this style.

The Roman concrete that made this soaring architecture possible consisted of a cement mortar holding chunks of stone (‘aggregate’), mixed with pozzolana, a volcanic sand. Roman builders seem to have started using concrete as early as the third century BC; one of the earliest surviving structures to use it extensively is what seems to be a huge warehouse building (or possibly a naval arsenal) near the Tiber, conventionally called the ‘Porticus Aemilia’, a very conspicuous structure in the digital model. Only concrete could make the construction of a building on such a huge scale possible (the repeated identical vaults also reduced the cost of construction – once one vault was built, its wooden centering could be moved and reused for the next).

Over the centuries Roman builders developed different facing materials for their concrete, to achieve a smooth, even finished surface that protected the concrete core of the building. One early technique was ‘opus reticulatum’, the technique of laying nodules of tufa stone in a regular grid. 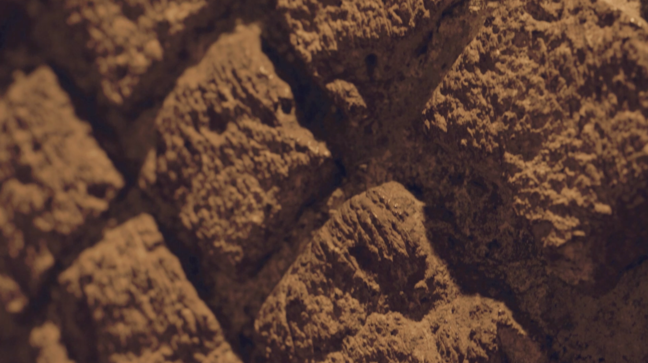 Figure 4: ‘Opus reticulatum’ found in the basement of the first-century BC Theatre of Pompey. © University of Reading

By the imperial period the facing material of choice was usually bricks, made in their tens of millions in imperial brickyards in the claybeds around the city. This clever building system, ‘opus latericium’ maximised the efficient use of cheap unskilled labour in both production and construction – using slaves and the urban poor in imperial job-creation schemes – transporting materials, making bricks, mixing and laying concrete. This industrial system of construction allowed huge, virtually indestructible concrete buildings to be put up in amazingly short time spans: just six years or so for the Baths of Caracalla, a structure roughly comparable in size and complexity to medieval cathedrals that took centuries to complete.