This content is taken from the University of Reading's online course, Rome: A Virtual Tour of the Ancient City. Join the course to learn more.
View course
4.10 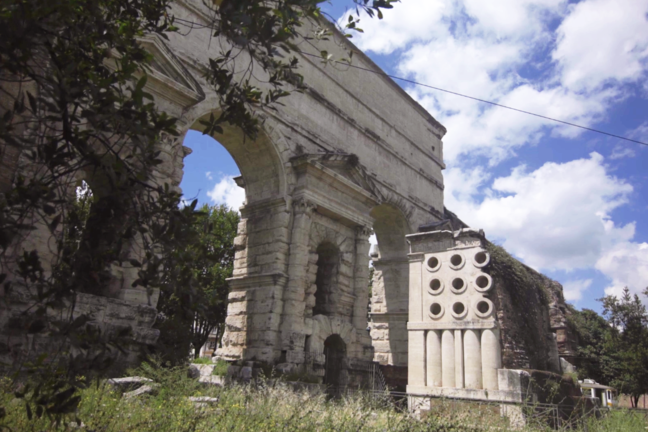 The tomb of Eurysaces outside Porta Maggiore

Like many communities, Rome restricted burials to the area outside the city (in Rome’s case, to beyond a sacred boundary called the Pomerium).

A very few exceptions were granted to great public figures, and as the city expanded some earlier tombs found themselves marooned within the new boundary; but by and large, burial outside the city was the norm. Over time the city’s arterial roads were lined with tombs jostling for position and trying to catch the eye of the passer-by: though the Romans had no universally shared conception of ‘the’ afterlife, there seems to have been a general desire to be remembered in death. Building a noticeable tomb with a prominent inscription was a good starting point, and for ambitious Romans used to a lifetime of ostentatious competition, the grave provided a final opportunity to boast. The baker’s tomb, which we encounter in the next Step, is a particularly striking example, and Professor Peter Kruschwitz’s interview sheds light on other interesting examples.

In the republican period, aristocratic funerals could be lavish affairs with a strong message of family pride. Here is a famous description by the Greek historian Polybius:

Whenever any of their prominent men dies, as part of his funeral he is carried with all his adornment into the forum to the so‑called rostra, sometimes conspicuous in an upright posture, or (more unusually) reclined.  With all the people standing round, an adult son, if he has left one and he happens to be present, or if not someone else from his family mounts the rostra and speaks about the virtues and achievements of the deceased. In so doing it follows that the multitude are reminded of these deeds and have them brought before their sight, so that not only those who shared in those deeds but also those not connected to them, come to such a pitch of sympathy that the loss seems to be not a private matter for the mourners, but for the people as a whole. After this they bury the dead and perform the customary ceremonies, and then place the image of the deceased in the most conspicuous place in the house, putting a little wooden shrine around it. This image is a mask, bearing the most exact likeness both in its moulding and in its outline. These images they display at public sacrifices, and decorate them carefully, and when someone else from the family dies they take them to the funeral, putting them on men who seem the most similar to each individual in size and general appearance. These men wear togas, bordered with purple if the deceased was a consul or praetor, completely purple if he was a censor, and golden if he had celebrated a triumph or won similar achievements. These men ride in chariots and are preceded by the rods and axes and the other symbols which accompany high office, suited to whatever each man had achieved in the state while alive. When they come to the rostra they all sit down on ivory chairs of office, and there could not be a sight more fine or welcome for a young man ambitious for reputation and virtue. For who would not be inspired to see the images of men renowned for their virtue all together and seemingly alive and breathing? What sight could be finer than this?

The tombs that these aristocratic families built also aimed at eye-catching grandeur. One of the best surviving examples near the city, visible in the digital model, is the pyramid tomb of Gaius Cestius. This was built around 18 BC for an aristocratic magistrate and priest, at a period when the recent conquest of Egypt had led to a fascination with obelisks (imported into the city by Augustus) and pyramids. Later on the tomb was incorporated into the city’s third century AD Aurelianic wall circuit, helping to preserve it. 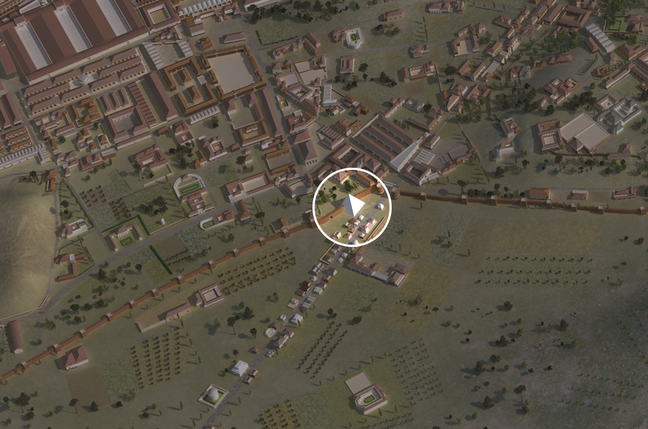 Figure 1: The pyramid tomb of Cestius, englobed in the later Aurelianic Wall circuit near the Porta Ostiensis. Outside the walls, humbler tombs crowd along the Via Ostiensis, the road to Rome’s harbour town

An inscription from this tomb preserves an interesting detail: Cestius had intended to be buried with some rich tapestries, but a recent law against luxury grave goods forbade it and caused them to be sold at auction. The emperor Augustus was cracking down on ostentatious burials, perhaps in part to make sure his own enormous tomb stood out.

Augustus’ own circular Mausoleum stood, as we saw in Step 4.9, on a major road at the northern end of the Campus Martius. This was completed early in his reign, around 28BC, a sure sign that he was aiming at a permanent, dynastic presence (its name, Mausoleum, is ancient and evokes the richly sculpted royal tomb of king Mausolus in Caria, a wonder of the ancient world).In fact many family members were buried in it before Augustus himself finally ascended to the gods in AD 14. The emperor Hadrian built a similar tomb across the river in the second century AD, carefully not exceeding Augustus’ tomb in size. It is easier to get a sense of the huge scale of Hadrian’s tomb today, as it was made into the papal fortress of the Castel Sant’Angelo and is therefore well preserved. 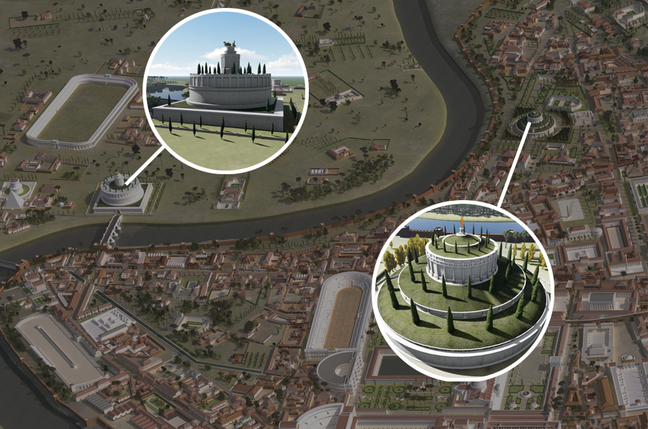 Ordinary Romans had no hope of emulating these gigantic imperial tombs, but they were certainly interested in maintaining a memory of themselves after their death. We’ve seen that the tombs of ordinary folk can be found on all the major roads running into and out of the city – at least, of those rich enough to leave a permanent marker behind, and lucky enough that it has survived. The tombs pick up again on the road into Ostia, Rome’s harbour, and at Isola Sacra, on the road between Ostia and Portus: walking past deep rows of tombs was part of the experience of travelling by suburban roads in the vicinity of the city. 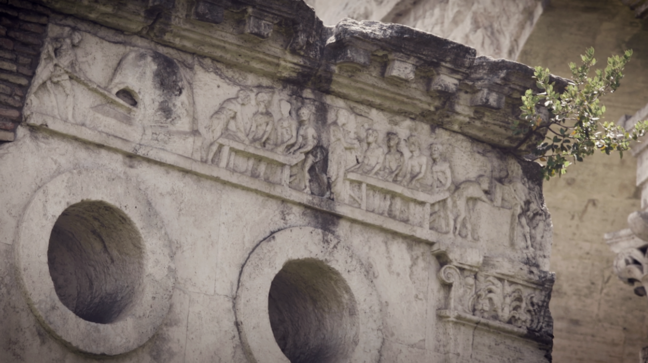 Figure 3: Detail from the baker’s tomb. A carving of people working in a bakery. © University of Reading

Some of these tombs carry carvings that show the trade or profession of the occupant in life, suggesting that this (rather than any grand office of state) was how they identified themselves, much as we might today. We can learn a lot about the equipment and activities of (say) Roman butchers, doctors, shoemakers and – as we’ve seen - bakers from such tombs. This is particularly valuable as our literary sources, written largely by an aristocratic elite, are largely silent on such ‘undignified’ commercial matters. The inscriptions on some tombs add another layer of valuable information. These texts often name the partner, relative, or friend who erected the monument (sometimes in accordance with the deceased’s will), suggesting that the living looked to establish a reliable associate to see to their proper burial.

What of Romans who could not afford a tomb of this sort, or needed a different sort of network to ensure their burial? For poorer people, including some slaves and freedmen (ex-slaves) there were shared tombs called columbaria. The word literally means ‘dove-cot’, and comes from the ‘pigeon-hole’ niches that could be bought (or rented out) as a resting place for an urn of ashes. The membership rules of some of these burial clubs survive in inscriptions: members paid in a regular fee in return for the promise of burial, and it seems that the clubs could provide a bit of a social life for the living, with commemorative banquets.

The underground catacombs hollowed out of the relatively soft tufa rock on the roads out of Rome offered yet another final resting place from the second century AD, when burial (rather than cremation) began to be popular again at Rome. Although it was not only Jews and Christians who were buried here, the catacombs were particularly popular with these outsider groups, who often lacked the resources for (or perhaps interest in) large above-ground monuments, and who could find some fellowship in death in the cool subterranean galleries.

The very poorest, and those without the benefit of family or friendly connections, could presumably not count on even the humblest burial. This grisly anecdote from the life of the emperor Vespasian, presented as some sort of omen by the biographer Suetonius, suggests that it was possible to encounter unburied human corpses in the city: