Take a guided tour around ancient Rome with expert Dr Matthew Nicholls, using his detailed and award-winning 3D digital model of the city. Explore Rome’s architecture and how it was used - how did Romans worship their gods and meet their political masters? How was drinking water supplied to the city’s million inhabitants? Moving seamlessly between footage of contemporary Rome and the digital model (including interactive elements), you’ll explore these questions and much more.

Use this insight to inform your own encounters with the eternal city and the study of ancient history more generally.

This course is open to anyone with an interest in discovering more about ancient Rome. You might be: planning a visit to the Italian capital; an avid watcher of documentaries on Roman history; or considering studying archaeology, classics or history at university. 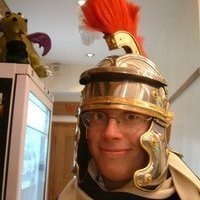 Dr Matthew Nicholls is a Roman historian at the University of Reading, specialising in the 3D reconstruction of ancient spaces. He also directs the University's Open Online Course programme.

You can use the hashtag #FLvirtualrome to talk about this course on social media.