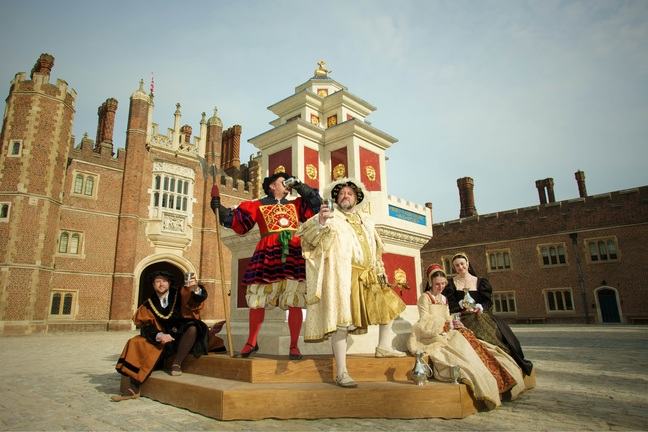 Hampton Court Palace was Henry VIII’s ‘pleasure palace’, where he could hunt, play tennis and joust. However, he wasn’t the first to spot the potential of this riverside paradise.

Thomas Wolsey, the Archbishop of York and key friend and advisor to Henry, acquired an estate in Hampton in 1514. Wolsey was on the rise, and he transformed the existing medieval manor to better suit his status as Cardinal and Lord Chancellor of England – the most powerful churchmen and politician of his age.

Wolsey built a vast palatial complex at Hampton Court, transforming the house into an opulent Renaissance palace with private chambers for himself and three suites for the new royals (Henry VIII, Katherine of Aragon and their daughter Mary). He entertained the royal family regularly, with Henry often dropping in unannounced and treating the palace as his own, which Wolsey felt to be a great honour. This was indeed a palace fit for royalty and during the 1520s Wolsey used Hampton Court to host to a number of important European delegations – occasions for lavish displays of wealth (both in the décor and the eating). However the Cardinal’s popularity was not to last. By the late 1520s Henry was desperately seeking his divorce from Katherine, but she refused to comply, and the Pope would not grant Henry VIII’s wish. The King blamed Wolsey for not securing his much-needed divorce, and in 1528 the Cardinal was stripped of power and forced to give Hampton Court to the King. He was eventually arrested for treason in 1530, but died before he could stand trial.

Henry VIII undertook his own building works; creating one of the most modern and sophisticated palaces in England. As a result of these improvements Hampton Court boasted tennis courts and bowling alleys, pleasure gardens and a hunting park (of more than 1,100 acres), a magnificent royal chapel and an expansive kitchen designed to feed Henry’s entourage of over 600 people, twice a day. 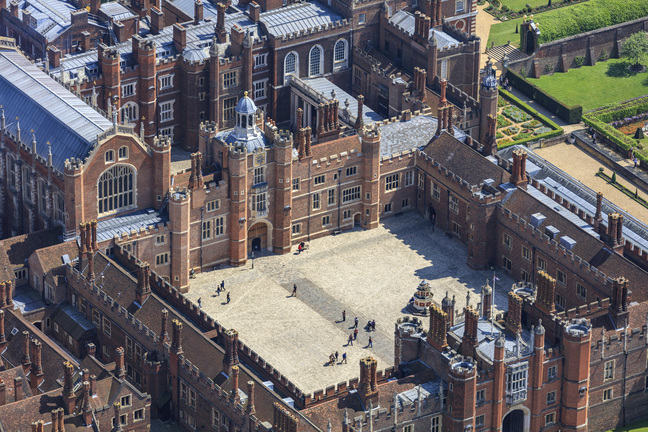 Hampton Court was a spectacular show of Henry’s wealth and power. The palace was a reminder to visitors, both from home and abroad, of the King’s greatness, and dining formed a key aspect of this show.

The following poem written by John Skelton, a contemporary of Wolsey, shows how magnificent the Cardinal’s palace must have been, and slyly hinting that Wolsey had rather out-shone the King himself.

Why come you not to Court ?

To the king’s court ?

Or to Hampton Court ?

Should have the excellence

You can read more about the history of Hampton Court Palace on the Historic Royal Palaces website.

On the 15 October 1537 Hampton Court hosted perhaps one of the most important celebrations, both politically and privately, of Henry VIII’s reign – the christening of his long-awaited son, Edward – and it is with this event in mind that we proceed.