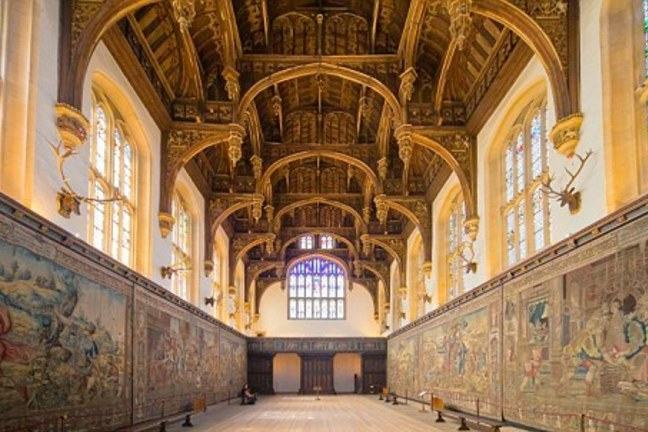 The Eltham Ordinances, named because they were written and drafted at Eltham Palace in 1526, were rules which regulated food purchases, storage and distribution across all the palaces. Luckily for us, they provide an excellent record of what was eaten and drunk at court, and how people were expected to behave.

The rules were implemented by the Lord Steward, a man of great power and influence, who was chosen from within the nobility. The Lord Steward was also in charge of fuel supply, domestic services and the regulation of the entire estate.

The Eltham Ordinances also laid down instructions for court ceremony, for example how the food was presented and the manner in which it had to be taken to the table. 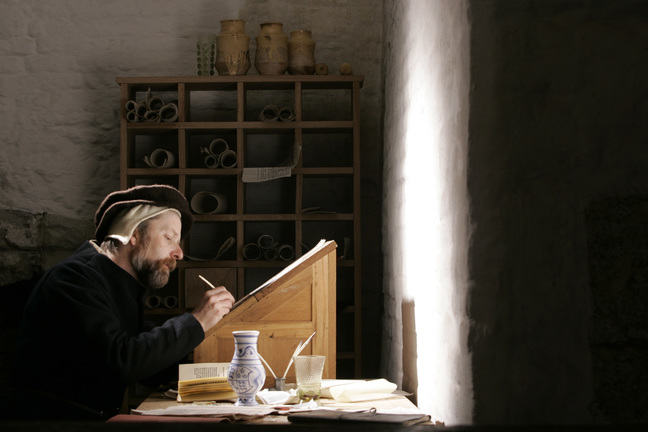 Figure 1: The Clerk of the Kitchens at Hampton Court Palace © Historic Royal Palaces

It is worth noting that, apart from celebratory or state occasions, Henry VIII would have eaten in his private lodgings, whilst the majority of court would have eaten communally. Where you ate, be that in the Great Watching Chamber, the Great Hall, the kitchens, or elsewhere (such as private lodgings within the grounds), all depended on your rank. It was the duty of the Lord Chamberlain to run the state rooms and to grant permission for dining arrangements. These plans were drawn up in the ‘Bouche of Court’ which gave an allowance to each named person for two meals a day (the first served at 10am, the second at 4pm); it also allowed for a daily ration of bread, wine, beer, candles and firewood.

In 1526 around 600 courtiers were entitled to eat in the Great Hall, among them were guards, grooms and general court servants. Two sittings were required to seat them all. Each meal would have two courses, which would be brought to the Great Hall in ‘messes’ (a dish to be shared between four people). The messes were then served up by the most senior men at the table. 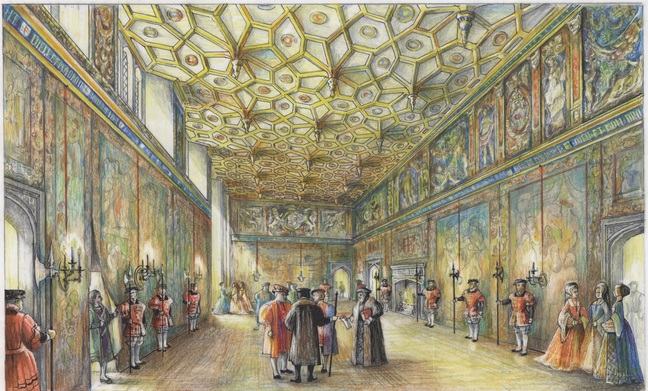 ‘to see such dishes and smell the sweet odour, and nothing to taste, is utter displeasure’.

Henry VIII was of course, at the top of this hierarchy. On formal occasions, the King would be served in his Presence Chamber. Trumpeters would announce his arrival and he would sit on a covered table, under the canopy of state, facing the room. Placed before the King were a trencher (plate) of silver, a knife, a spoon, and a manchet (bread roll) wrapped in a napkin.

The servant known as a ‘sewer’ would then wash the royal hands in scented water, in preparation for the abundance of dishes presented for Henry to eat as much or as little as he liked. 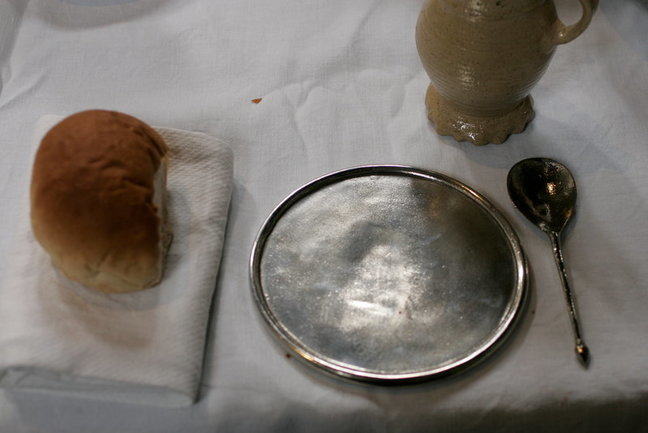 The King would be the only person given a fork, all others would eat with a spoon, their hands or a personal knife which each courtier would carry with them. Plates were more like individual chopping boards rather than the dinner plates we have today. Napkins were laid across the left shoulder instead of being placed on the lap and no elbows or fists were allowed on the table. Head scratching or nose picking was forbidden; however noses could be discreetly wiped on a sleeve! In fact, eating at the Tudor court was a very civilised affair, far removed images of Henry on film, tossing chicken legs over his shoulder. The King, in particular, is known to have been a neat and quite dainty eater.

The Tudors had other strict rules when eating at court, some of which were recorded by the Dutch Writer, Desiderius Erasmus, who published his De Civitate in 1534:

Sit not down until you have washed.

Undo your belt a little if it will make you more comfortable; because doing this during the meal is bad manners.

When you wipe your hands clean, put good thoughts forward in your mind, for it doesn’t do to come to dinner sad, and thus make others sad.

Once you sit place your hands neatly on the table; not on your trencher, and not around your belly.

Don’t shift your buttocks left and right as if to let off some blast. Sit neatly and still.

Any gobbit that cannot be taken easily with the hand, take it on your trencher.

Don’t wipe your fingers on your clothes; use the napkin or the ‘board cloth’.

If someone is ill mannered by ignorance, let it pass rather than point it out.

Around 230 servants at Hampton Court were entitled to rations, but did not have permission to dine in the Great Hall. These servants may have eaten in their own lodgings or elsewhere within the kitchens – where many of them not only worked but lived. For most menial staff employed in the kitchens, this was their home only during their employment at the palace, and they would camp out in the kitchens much like an army might camp on the edge of a battlefield. It might come as a surprise to learn that only men were employed in these kitchens, working long hours in a hot and hectic environment, that was run, essentially like a factory mass-production line. However, the hard work was balanced out with time to relax at the end of most days. The men who worked in the kitchen also experienced a more comfortable existence than they would have done as labourers on the land. The work might have been tough but the benefits offered were good. These included lodgings, clothing and food. 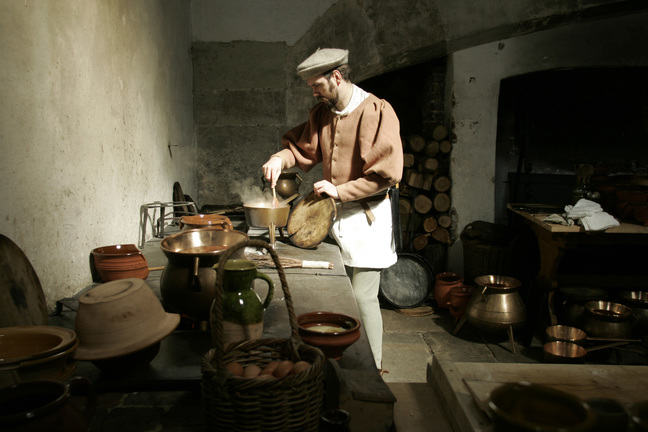 But what might a servant eat? It is worth noting that, in broader terms, even the poorer members of English society (such as the agricultural labourers) were said to eat better than their counterparts on the Continent, if not in quality than at least in quantity. One 16th century Venetian ambassador even commented that:

‘The English, being great epicures and very avaricious by nature, indulge in the most delicate fare themselves and give their households the coarsest bread and beer and cold meat baked on Sunday for the week, which, however, they allow them in great abundance.’

How readily food was available to the lower classes, would depend upon the success of that year’s harvest – a good year meant food stuffs would be in great abundance and a bad year vice versa. But at court, even those lower down in the ranks would be provided with their daily allowance and would have benefited from access to foods cooked in Hampton Court’s great kitchens. In the next step, you’ll be able to create your own Tudor feast!