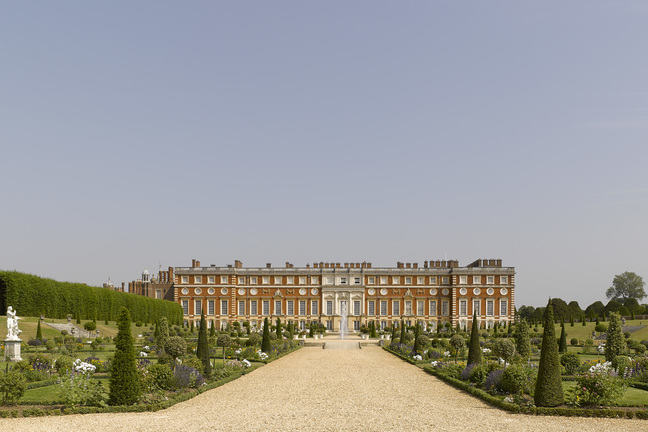 From Henry VIII onwards, Hampton Court Palace was enjoyed by successive generations of monarchs. However, by the 17th century tastes and trends had changed and the palace, with its Tudor fittings and fixtures, began to feel outdated. When William of Orange and his Stuart wife, Mary, jointly took over the throne in 1689, a grand renovation was in order that eventually created a palace future Georgian kings would enjoy; a palace with bespoke kitchens. It was this ‘new-look’ Hampton Court that George I inherited when arriving in England, and it is worth us setting the scene.

William and Mary looked to Europe for inspiration, particularly to the French Court at Versailles, and they commissioned Christopher Wren to rebuild the palace. Wren’s initial plans had been to demolish the entire Tudor palace, with the exception of the Great Hall but, fortunately for us, neither time nor money allowed for this to go ahead. 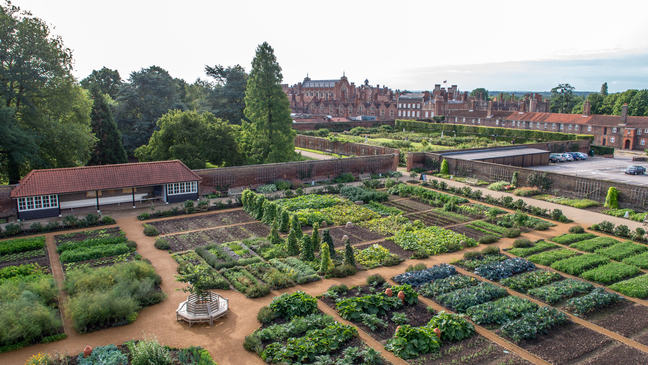 William and Mary also commissioned the impressive and innovative kitchen garden on the site of Henry VIII’s tiltyard (jousting arena), to provide the court with fruit and vegetables throughout the year. We will explore the kitchen garden in the next Step.

The extensive building work to the palace began in earnest between April 1689 and March 1694, but this all came to an abrupt halt with the death of Queen Mary in December 1694. William was heartbroken, and distracted by wars in Europe, lost his appetite for rebuilding. The half-finished palace remained an empty shell until 1697. It was only after the Palace of Whitehall burnt down in 1698 that efforts to finish the new Hampton Court apartments were once again stepped up.

The eastern and southern façades of Hampton Court were transformed; out-dated Tudor buildings were replaced with an elegant and extravagant baroque design that overlooked the Formal Gardens. Inside, Grinling Gibbons carved elegant fireplaces and architectural moulds, and Antonio Verrio painted elaborate and colourful ceilings.

By the end of his reign William had made a new Hampton Court Palace, which was the epitome of contemporary fashion and symbolic of the grandeur and power of the English monarchy. Unfortunately, William never lived to enjoy this new palace himself and died in 1702. Hampton Court was now enjoyed by Queen Anne who (as we saw in Step 3.2) died without a direct heir and was succeeded by her second cousin, George I. 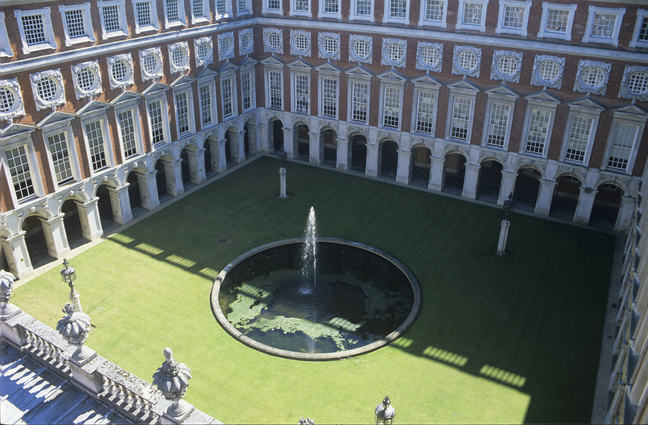 A key part of this redesign was the creation of three new kitchens in the new baroque wing of the palace: a confectionery kitchen, a spice kitchen, and, most importantly from our point of view, the chocolate kitchen. Not only did these new kitchens provide the means of producing amazing and modern dishes for the court to enjoy, they were also an important status symbol, just like the rest of the baroque palace.

Food, as we have seen in the previous two weeks, was in itself a symbol of royal status and power but here, with the new kitchens, the impact of luxury began long before the food reached the diner on a plate. Why? Because these kitchens were built in a central location, not hidden away as the Tudor kitchens had been; visitors were assailed by the aroma of these exotic ingredients as they strolled past, and these luxurious smells helped to set the precedent for what was to be expected from a visit to the royal court at Hampton Court. Chocolate was a key part of this spectacle and when George I came to the throne, he embraced this tradition, even hiring his own personal chocolate maker to add to this performance.