The medicinal benefits of chocolate

Last week we looked at how ingredients could be used specifically for their medicinal qualities, especially in the form of cordials.

Whilst the range of foods on offer had noticeably expanded by the early 18th century, and medicine too had made great leaps forward, humoral theory and the healing qualities of edible plants remained a valued part of medicinal practice. So perhaps it is no surprise that chocolate was also believed to have medicinal benefits.

When chocolate and other brewed plants (such as tea and coffee) were first brought to Europe in the mid-1600s there came with them a feeling of the exotic, but also a fear of the dangers involved in consuming such foreign substances. Indeed, when they were first introduced, these substances were not gracing the tables of the elite as foods but were being prescribed by physicians as drugs. In fact, for added caution, people were warned against self-administration of these new medicines – it was for the physicians to recommend the correct dosage.

As European society warmed to the taste of these exotic beverages and they became more popular, concerns over the abuse of these medicinal treatments arose, particularly around the unpredictable effects that could result from their consumption. One such example of this concern comes from Marie de Rabutin-Chantal, Marquise de Sévigné, who warned her daughter:

‘And what do we make of chocolate? Are you not afraid that it will burn your blood? Could it be that these miraculous effects mask some kind of inferno [in the body]?’

(Translated by C. A. Jones)

In response to these concerns, physicians and traders wrote a tradition of pharmaceutical treatises on the health benefits of these beverages and warned the public about their abuses. Below is a title page extract from Dr Daniel Duncan’s ‘Wholesome Advice Against the Abuse of Hot Liquors, 1706.( Folger Shakespeare Library, CC-BY-SA). 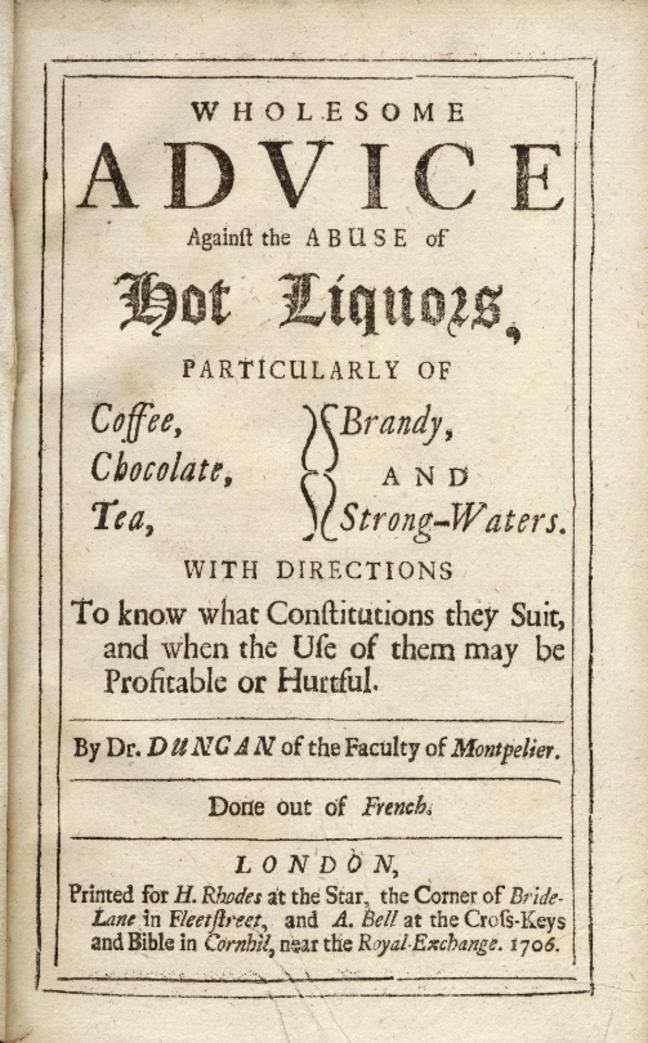 Figure 1: ‘Wholesome Advice Against the Abuse of Hot Liquors’

Why were these new drinks a cause for concern? It was all to do with the balancing of the four humours. If you recall in Step 2.16 we noted that the four humours were blood, yellow bile, black bile, and phlegm; and that these had their own unique properties that needed to be in balance within the body for good health to be maintained. The problem was that these new brews, and chocolate in particular, did not fit into the established European mould. Pharmaceuticals in Europe had for some time been classified by either their cooling or heating properties, but cacao, the raw substance which produced chocolate, presented both hot and cold characteristics.

Of the three new drinks, chocolate was the first to be ‘medicalised’ – Spanish priest and physician Antonio Colmenero de Ledesma, had written about the properties of cacao in his 1631 work ‘Curioso Tratado de la Naturaleza y Calidad del Chocolate’. In this he introduced chocolate to Europe as a medicine and, owing to his background, his work was taken as medical knowledge. Depending on how chocolate was administered the curative result would alter, either heating or cooling the patient. In later medical treatise the same concerns were raised about coffee, which was also said to have both hot and cold properties, but chocolate was the first of these New World ‘drugs’ to result in such discussions.

Colmenero’s Tratado was translated across Europe. In England, this was done by James Wadsworth, who had travelled to Spain as a captain in the army. Wadsworth published his translation in 1640 and it was so popular that it was re-published in 1652. In this later edition Wadsworth pitched chocolate as a cure-all, stating in the foreword that:

‘The vertues thereof are no lesse various, then Admirable. For, besides that it preserves Health, and makes such as drink it often, Fat, and Corpulent, faire and Amiable, it vehemently Incites to Venus, and causeth Conception in women, hastens and facilitates their Delivery: It is an excellent help to Digestion, it cures Consumptions, and the Cough of the Lungs, the New Disease, or Plague of the Guts, and other Fluxes, the Green Sicknesse, Jaundise, and all manner of Inflamations, Opilations, and Obstructions. It quite takes away the Morphew [discoloured skin], Cleanseth the Teeth, and sweetneth the Breath, Provokes Urine, Cures the Stone, and strangury [urinary infection], Expells Poison, and preserves from all infectious Diseases. But I shall not assume to enumerate all the vertues of this Confection: for that were Impossible, every day producing New and Admirable effects in such as drinke it.’

These comments highlight particular health concerns in 1650s England but they also, importantly, promoted the trade of chocolate by advertising its many benefits. Not only did this benefit those who worked in the import of chocolate but it also helped justify Britain’s colonial presence in the Caribbean. [Please Note: Retrospectively Britain’s colonial rule, and the reliance on slavery and plantations, is not something we celebrate; nevertheless, as historians, we cannot overlook this nor can we judge it by our own standards. We must understand history within its context.]

While the mid-1600s had been a period in which chocolate was perceived almost solely as a medicinal drug, this all began to change as the century drew towards its close. By the 1670s the French began to market chocolate as exotic and fashionable, moving away from its medicinal benefits towards an idea of high-status luxury, which was widespread by the time of George I’s rule.

However, that is not to say that these ‘medical’ elements had completely vanished. Caffeine was not yet understood but the fact that chocolate, and other exotic beverages, had the ability to stimulate and fortify the body were well-noted. When we think about this feature of drinking chocolate it becomes a lot easier to understand why this was often taken at breakfast. Even though we do not consider chocolate as entirely medicinal now and we do not consume chocolate in the same way, it is fair to say that a number of us still reach for chocolate when we need a little ‘pick-me-up’.