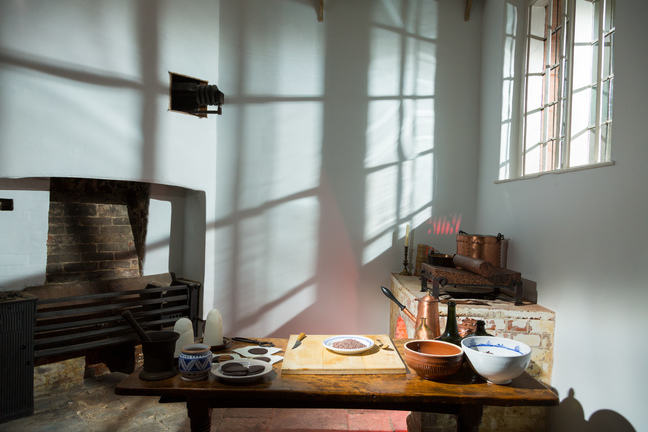 Thomas Tosier was the personal chocolate maker of George I (and George II) from 1717. This was a prestigious position among the royal staff, but it was not a new position: previous monarchs from Charles II had their own chocolate maker.

Even before the construction of the Chocolate Kitchen at Hampton Court Palace, there had been royal chocolate makers. However, Tosier, the King’s chocolate maker would not have done the hard work of roasting and grinding. He would have had servants for that. Tosier would have done the delicate work of flavouring the chocolate and serving it with a final flourish. Something you’ll do later this week when you make your own chocolate drink. 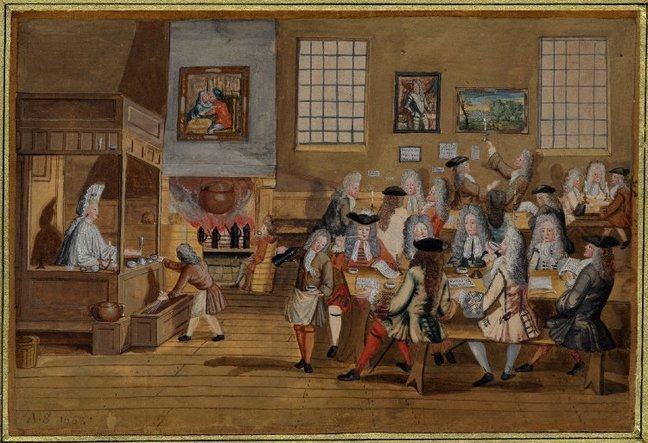 Chocolate was seen as high-status and luxurious, only for the elite, and so it is no surprise that those who worked with chocolate were highly-respected individuals. Prior to working for the King, Tosier had already established ‘The Chocolate House’, on Chocolate Row (now West Grove) in Greenwich, London, which was very popular with fashionable London society. The area was known as Chocolate Row because, from the beginning of the 18th century, it was popular as one of the first places in London to serve chocolate.

Chocolate houses were high-class establishments which would have been frequented only by the wealthy (those who could afford to drink and indulge in chocolate, which had a much higher import tax then tea and coffee). This set them apart from the other famous ‘house’ of the era, the ‘coffee house’, which had a much more popular following.

Chocolate houses were almost akin to exclusive clubs, to frequent one was a sign of prestige. So Tosier was already reasonably well-known, working in a highly-prized establishment and his employment at the royal court only elevated his status further. Indeed, his celebrity wife Grace (about whom we will learn more later) continued to run their Greenwich chocolate shop during Tosier’s employment at court, and used her husband’s status as the royal chocolate maker to help brand and promote their business further.

But what did being the royal chocolate maker involve? Well, for a start, it didn’t mean being part of the kitchen staff. Instead the royal chocolate maker was highly respected as part of the ceremonial or personal staff of the monarch. In fact, among the royal servants, the chocolate chef was somewhat of a ‘VIP’ because not only were they in charge of handling expensive and exotic ingredients, they were one of the few servants to have permission to enter the king’s bedchamber. This was an immense privilege as it was entry into one of the most exclusive and private parts of the court. 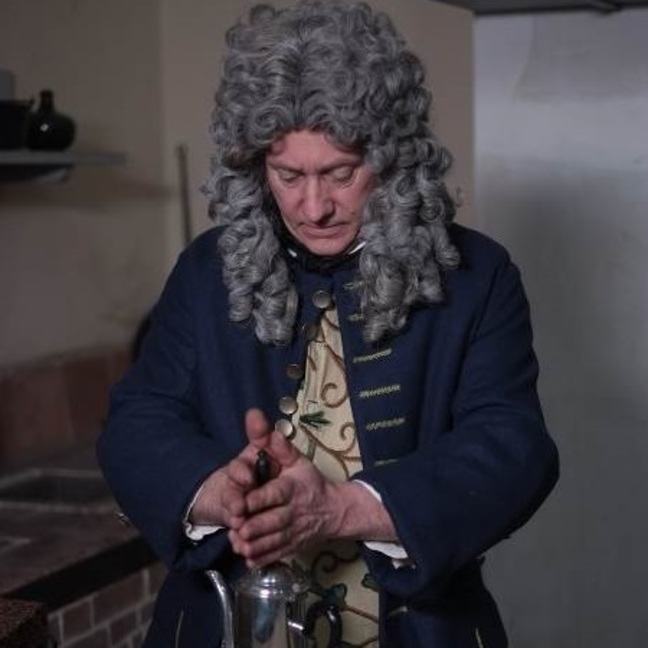 One of the chocolate maker’s key duties was to serve the king his chocolate; and Tosier was responsible for making and taking a cup of chocolate to George I in his bed chamber every morning. We also know that the chocolate maker had his own bedroom - a luxury and an honour for a servant at court.

It was not just the chocolate makers who benefited from this relationship. For a monarch, like George I, it was a status symbol to be able to afford your own personal chocolate maker. Just as sugar had been a symbol of status in the court of Elizabeth I, so too was chocolate, now in the courts of the European monarchs. This was a sign of kingship and power, in a period which lavish opulence was becoming more and more part of royal showmanship.

We can further understand how vital this was seen to be when we consider that despite periods of insolvency, and a reliance on parliament for his revenues, George I insisted on keeping a chocolate chef on his staff. Tosier’s employment was not only a statement to George’s new countrymen in Britain but was also a declaration of his position as King to the wider, European aristocrats. George I wished to be seen as modern, ‘on trend’, and a powerful monarch who could compete with the rest of Europe. Tosier and his chocolate work were key in making this statement.