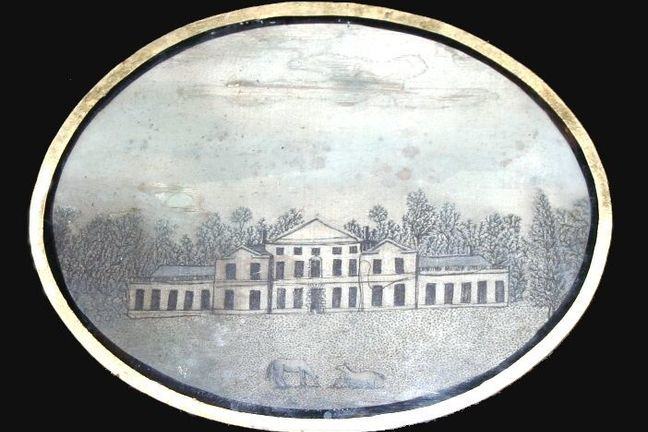 A drawing of the White House

Why is George at Kew?

Before we delve further into the dining habits of George III, we must first address the question of why he was at Kew, and away from his formal residences of Windsor Castle and Buckingham House (on the site of what is now Buckingham Palace). In doing so, we can start to unravel some of his character, and of course, his ‘madness’.

In the 18th century it was traditional for the royal family to exchange their intensely public life for more domestic retreats at Richmond and Kew. George II and Queen Caroline had used Richmond Lodge (which stood at the southern end of Kew Gardens) as their country estate, and they setup their three daughters in lodgings at Kew Palace. George II’s heir, Frederick, Prince of Wales, and father to the future George III, rebuilt the larger White House for his residence, which was located opposite Kew Palace. So George III already had a strong personal attachment to Kew, having spent much of his childhood there, even being schooled in his aunts’ lodgings at Kew Palace.

So for George III, these excursions to Kew had a personal tinge to them, but they were also likely to have been more suited to the King than stately life, and he was known to prefer his country estates and farming to his palaces. Count Friedrich von Kielmansegge (1761-1762) noted in his diary:

‘Kew is the favourite retreat of the present King [George III] to which he goes with the Queen for a few hours every Saturday morning’.

Fanny Burney, Assistant Mistress of the Robes to Queen Charlotte, gave another account in 1786 describing life at Kew:

‘The Royal family are here always in so very retired a way, that they live as the simplest country gentlefolks’.

George was a good family man, he was a devoted father, a faithful husband and happiest with his family around him. Kew offered the royal family a form of ‘simple’ family life. 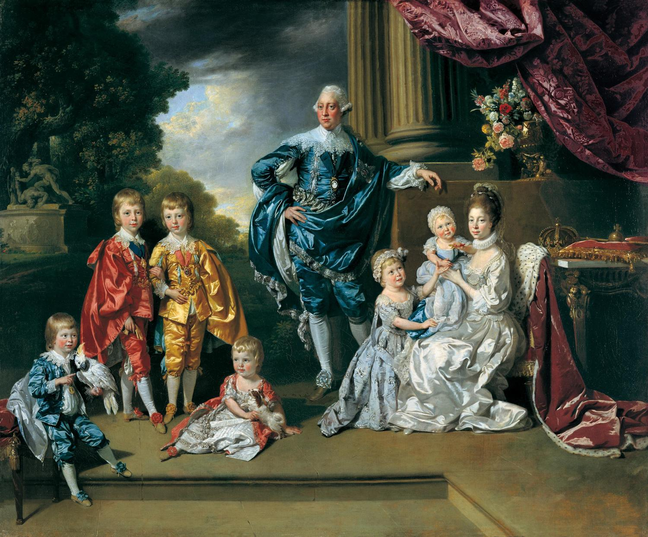 However, his reasons for being in Kew changed dramatically in 1788, after the onset of a mysterious illness. The King was declared ‘mad’, and under doctors’ orders he was pulled away from his appointments with Parliament and was confined to the White House, his father’s former residence. This was both for the health benefits that the countryside could provide, but it was also important to keep the King out of the public eye. There were fears that his wayward son, the Prince of Wales, should become regent if the King were seen to be incapacitated.

As a result of the painful treatments prescribed for his illness – including the use of straitjackets, leeches (for blood-letting) and emetics (substances that resulted in vomiting) – a shadow was cast over his beloved Kew. The King came to see Kew, and the White House in particular, as a place of incarceration, and for some time after his recovery in 1789 he showed little interest in either Kew or Richmond.

Although it had previously been thought that George was suffering from porphyria (a hereditary blood disorder which can cause temporary mental derangement), there has been further research which largely discredits this theory. We may never completely know what caused George’s periods of mental and physical ill-health but you may be interested in reading this article by Timothy Peters ‘King George III, bipolar disorder, porphyria and lessons for historians’ for more information.

The King never fully recovered and he later suffered two further acute outbreaks of his illness in 1801 and 1804. In both instances he was moved back to Kew. The White House was demolished on George’s orders after his second illness, and so on his third and final internment at Kew he was moved into Kew Palace, the red brick building that stands today. The King gradually declined into blindness and permanent ill health. His last visit took place in 1806 when he stopped off at the palace to dine. Following his death and that of Queen Charlotte in 1818, the palace was largely abandoned, ignored by the royal family, until Queen Victoria opened the palace for the public in 1898.