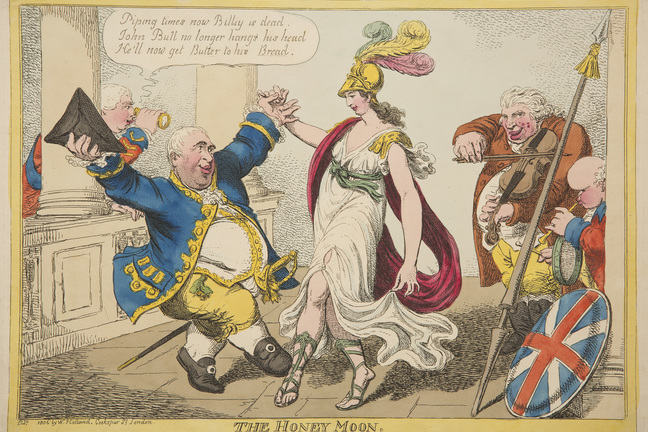 In Weeks 3 and 4, we have learnt about two Georges and how they shaped what we eat and the way in which we eat today. The long Georgian era (1688-1837) was crucial in forming modern Britain. In 150 years, Britain went from being a forgotten backwater to an industrialised power with global reach and influence. Let’s look at this influence through a history of food and feasting.

William III founded the Bank of England and the National Debt to help finance his continental wars, and by the end of the Georgian period the London Stock Exchange was in operation, banks were present in every urban centre, and we’d already suffered the first stockmarket crash (the South Sea Bubble in 1720).

Britain embraced the idea of being a nation of shopkeepers because shopping meant disposable income, which showed a wealthy population. In gastronomic terms, a stable, wealthy population meant that new dishes could be developed, new ingredients embraced, and that cultural markers such as food became very important. 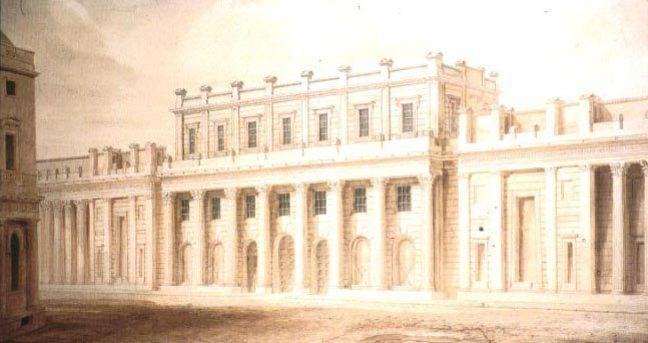 Figure 1: The south facade of the Bank of England (19th century print)

The Georgians were continuing to map and colonise the world; North America, India, Australia, New Zealand, and many parts of the Caribbean. All of this expansion opened up new trade routes, which were especially important for the spice trade. It meant that a large number of British people travelling and working abroad were exposed to foreign cuisines, and in many cases developed a love of them. When they came back to Britain, they brought their new-found tastes with them, popularising modern staples such as curry. The possession of land with very different climates to the UK, such as the West Indies, meant that for example, Britain could break the stranglehold of the Spanish on the production of chocolate, as well as establishing sugar plantations. As a result, the supply of sugar increased, and it became cheaper for the British consumer. Sugar consumption started to rise, and continued to go up until the 1950s.

By the 1780s the First Industrial Revolution was well underway. With it came rapid urbanisation, and improved communications through canals, roads and railways. Foods could now be rapidly transported throughout Britain, and, as the railways expanded in the Victorian period, special trains were eventually laid on to deliver such delicacies as Yorkshire rhubarb and Sussex watercress. Modern mass-production has its roots in the Georgian industrial revolution, which paved the way for factories, and the bulk transportation of goods. The accompanying agricultural revolution led to bigger, bulkier animals, better varieties of grain, and higher yields across the agrarian sector. Without it, Britain would have starved, and we still rely on industrial methods for the majority of our foods today.

The population boomed in Georgian Britain. Some prophesied doom, claiming that we would reach a point where people died in their millions, through disease or starvation, but the growth went together with improved agricultural practices and the extra population was hungrily absorbed by the new industries who needed men, women and children of all ages to work in them. In 1700 the British population was 6 million; by 1800 it was 11 million, and by 1850 it stood at 21 million. Meanwhile urban populations grew huge and all of these people needed feeding.

We owe much of our cityscapes to the Georgians, but even where their buildings don’t survive, the principles underlying them do: terraced houses, symmetrical frontages, basement kitchens, all of these are Georgian designs. Inside, they embraced the modern idea of privacy, and rooms became smaller and cosier, with servants now in special dormitories, no longer sleeping outside bedroom doors or under kitchen tables. Special dining rooms became the norm, as people ate more meals with their friends and with small groups of guests. Even middle class houses often now had specialist dining rooms, whereas previously rooms were more multi-functional. With industrial techniques bringing down the price of goods, cast iron ranges were invented and started to replace the older open fire-based cookery. The idea of the all-in-one range, with hob and oven, was born. 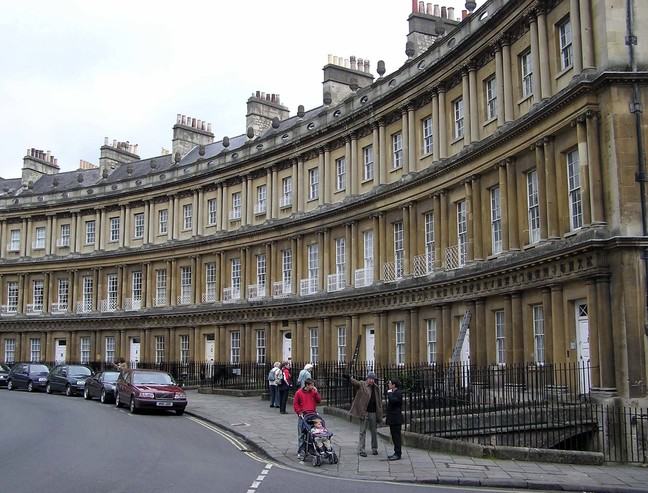 Figure 2: The Circus at Bath, designed by John Wood the Elder (finished 1768)

Imported Chinese ceramics spurred the British to create their own version of hard-paste porcelain (bone china) at a variety of prices, so that people could display their identities painted on teapots or plates or vases. Rising literacy rates and cheap printing presses meant that the latest fads could be published in print, and a cult of celebrity was quickly born. Fixed shops changed the face of retailing, and window displays lured would-be-punters inside, in a way that market stalls and peddlers couldn’t compete with.

The first restaurants emerged in France in the mid-18th century, and reached London by the beginning of the 19th century. Chefs fleeing the French Revolution with their aristocratic employers saw new opportunities and brought French fine dining, available to anyone who could afford it, to urban Britain. French food was already seen as the finest the world had to offer: British aristocrats aspired to employ French chefs, and French became the language of high end food, still often the case today. Meanwhile along with restaurants came the first food critics, and food writing. Although 17th century introductions, the Georgian period saw the popularisation of many foods we love today: tea, coffee, chocolate, ice cream, porter, biscuits and cakes, jellies, sparkling champagne. It’s fair to say that the birth of a recognisably British cuisine was also a feature of the Georgian period, despite the emphasis on French cuisine at an aristocratic level. The importance of roast beef, in particular, increased in this period, laying the foundations of the ‘traditional’ British roast dinner. By the end of the 18th century, such classics as raised pies, puddings of an infinite variety, trifle, fruit and sponge cake, and roast beef and Yorkshire pudding had all been made more elaborate, named and recognised as something particular to Britain.

If you’d like to find out more about the Georgian legacy on British culture today, then we would recommend Linda Colley’s Britons: Forging the Nation - 1707 -1837, Yale University Press, 2009.