As Polly highlighted in the previous Step, the King and Queen’s simple tastes were widely known, and quickly became a target for satire and mockery during their reign.

Several satirists, including James Gillray, are remembered for their lively political cartoons directed against George III and his family. These political caricatures form a historical record of the later part of George’s reign and frequently show the royal family as miserly and money-hungry. These cartoons were widely circulated throughout Britain and Europe. Below are a few of our favourites. 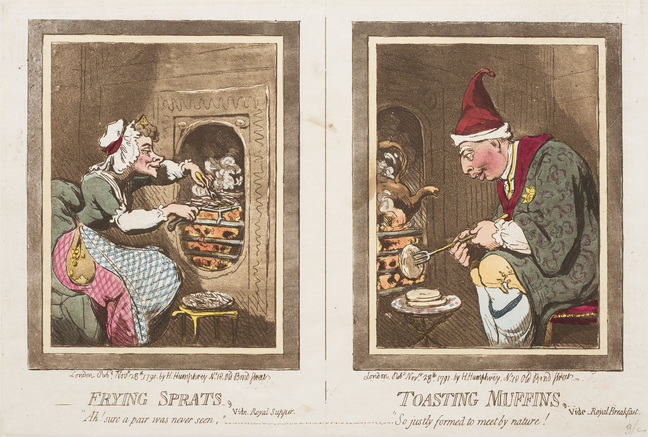 In the image ‘Frying Sprats, Toasting Muffins’ you can see Queen Charlotte and King George III preparing frugal meals. The caption reads: ‘Ah! Sure a pair was never seen…So justly formed to meet by nature!’

Sprats and muffins were seen as poor people’s food. As Queen Charlotte’s full coin purse suggests, they are stingy with their money, neither spending their money on themselves nor on their subjects. The immediate political background to this also is that the King and Queen were holding back money from their son Prince George (later George IV) to pay off his debts, which would mean the burden would fall to the British public. 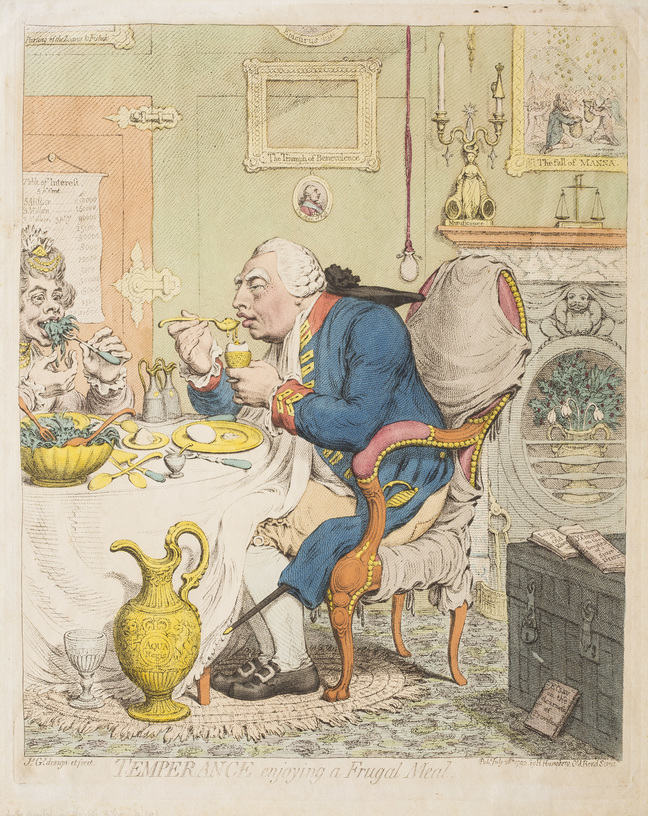 In this image, ‘Temperance enjoying a Frugal Meal’ the King’s meal consists of two boiled eggs, while the Queen is enjoying simple salad greens. Salad was considered a poor man’s food at this time. Look closely at the room: it is filled with symbols of miserliness, including balancing scales, an empty picture frame, a large pitcher of water sits next to the table, rather than the wine that would usually be enjoyed with dinner in wealthy homes. The chairs are covered in protective dust cloths, as is the end of the bell pull. The seat of the King’s breeches are patched and mended. Ironically, the figurative candelabrum on the mantelpiece is engraved with Munificence, the act of giving generously. As a further gesture, only one candle is burning, to save money on expensive wax candles. 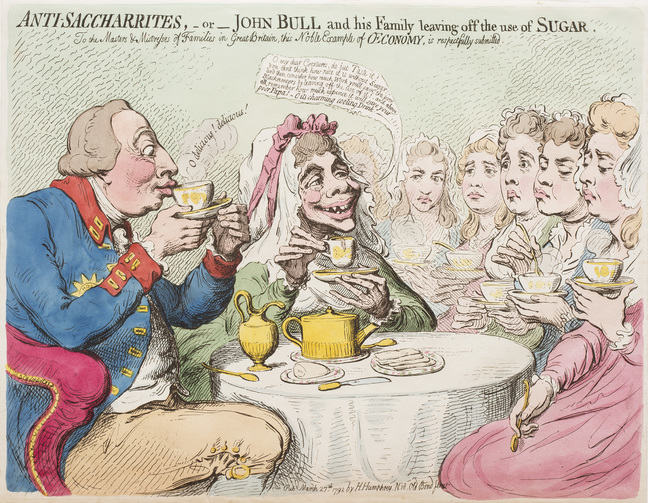 Figure 3: ‘Anti-Saccharrites’, - or - ‘John Bull and his Family leaving off the use of Sugar’. James Gillray, 1792 © Historic Royal Palaces

In this print, ‘Anti-Saccharrites, - or - John Bull and his Family leaving off the use of Sugar’, Gillray imagines King George III, Queen Charlotte and their daughters taking tea together. As George eagerly sips at his cup, the Queen extolls the benefits of avoiding sugar, whilst her daughters look on in dismay. George and Charlotte’s strict parenting was well known, and in this cartoon the Princesses are forced to drink unsweetened tea by their parents. Queen Charlotte states that abstaining from sugar will ‘save the poor Blackamoors’. In reality, however, George was in full favour of the slave trade as it produced enormous wealth for the Empire. The Anti-Saccharrites were an anti-slavery group who boycotted sugar. Although this is a satire about King George III and Charlotte’s dislike of sugar, it had more to do with their general frugality, and miserliness towards their children. 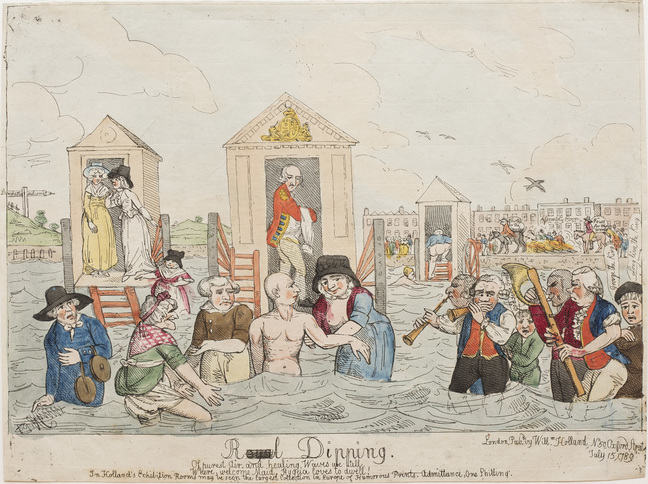 However, some prints from this time show the public’s affection towards George III, especially when faced with his son, the Prince of Wales, as regent in his place. In this print, ‘Royal Dipping’ King George III takes to the waters at Weymouth, serenaded by a band. His head is shaved, indicating his recent mental illness. George took his family on an extended holiday to the seaside in July 1789 to recuperate after his first bout of ill health.

This print reflects the newfound affection of the public for their king: when he entered the water a band began to play the national anthem. In the background (right) is the sea-wall backed by the esplanade and the houses behind it. On it are two men on horseback, each with a large bundle at his back: ‘News for the Oracle’ and ‘News for the World’, indicating the numerous paragraphs and reports in the London newspapers on the King’s visit to Weymouth. A crowd of small figures wave hats and crackers or squibs are being fired. The largest building is the ‘Assembly Room’. The houses end abruptly, and on the left the background is a rural landscape with a signpost pointing to ‘[Do]rchester’ and to ‘Melcome’. Beneath the title is etched:

‘Of purest Air, and healing Waves we tell,

You can find these prints and more through the Historic Royal Palace Image Library.

For further reading on the works of James Gillray see below:

Wright, Thomas, ‘The works of James Gillray, the caricaturist, with the history of his life and times’, Chatto and Windus, 1873, book