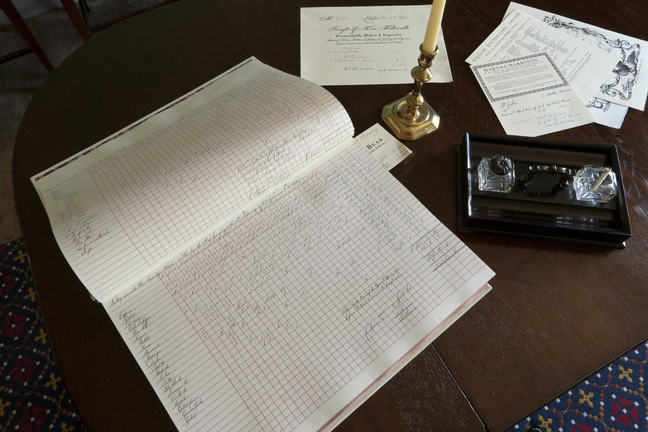 The Clerk of the Kitchen was responsible for overseeing everything that came into the kitchens, but when George III was at Kew, where was the food coming from? In this Step we will use records from the Clerk’s ledgers to get a better understanding of who supplied the King’s table.

The Clerk worked with the Master Cook to design menus every day for the royal family, but the procurement of the ingredients was a whole job on its own. As it was recorded in the regulations:

‘The Clerk shall keep an exact account of the Grocery, Spicery and Oylery which he shall have delivered out of the Office and shall on the first day of each week make up in two bills an account of the whole expence of the Spicery, Grocery and Oylery consumed in our Household and Kitchen.’

As such, the Clerk of the Kitchen recorded all transactions in his ledger, which sat permanently on his desk and he checked all food deliveries which ranged from jellies to fish and vegetables. He reported all expenditure to the Board of Green Cloth, who authorised the purchase of all food and drink. Food was purchased from a range of established suppliers, and the Board ensured low prices and good quality were obtained. These records provide great detail for us looking back to this period, for example, we know that a man called Louis Ramus supplied the kitchens’ dairy products. The ledgers show who these suppliers were, and the regularity in which they delivered ingredients to the kitchens. We can see that these purveyors were usually specialists, for example, supplying just oysters or lemons, and that they were replaceable, as often a different supplier is named the following month. It is also interesting to note that a number of the suppliers named in the ledgers were women. 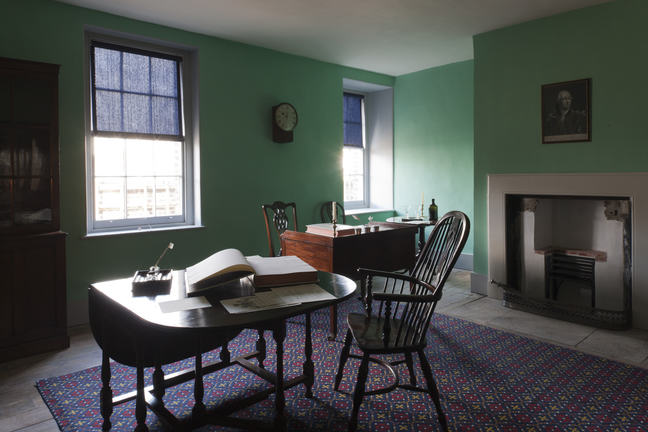 Figure 1: The office of the Clerk of the Kitchen

So what was being supplied to the Royal Kitchens? The Clerk’s records show that a huge amount of meat was purchased, over 5000lbs a month, including offal: tails, breasts, necks, sweetbreads, lambs’ testicles, pigs’ ears and feet, tripe, liver and calves heads. Meat was cheap; beef and mutton being cheaper than pork and veal. Poultry was also popular, with turkey, pullet and chicken all being bought in. We have records of a number of different suppliers for meat: Thomas Sear is one whose name appears frequently, and a Mr Gilbert as a regular supplier of poultry. Pheasant, partridge, grouse and other game were shot, often sent to the King by lords from their estates. Additionally little songbirds such as blackbirds, larks and starlings and wading birds were also shot for the table.

The most expensive food was fish, although both sea and fresh water fish were served regularly, with skate, cod and salmon the most popular. Elizabeth Maishfield was a purveyor of fish, while oysters were delivered by her namesake, a supplier called Elizabeth Wilson. The records show that shrimp, crayfish, prawn, crab and lobster were also delivered. 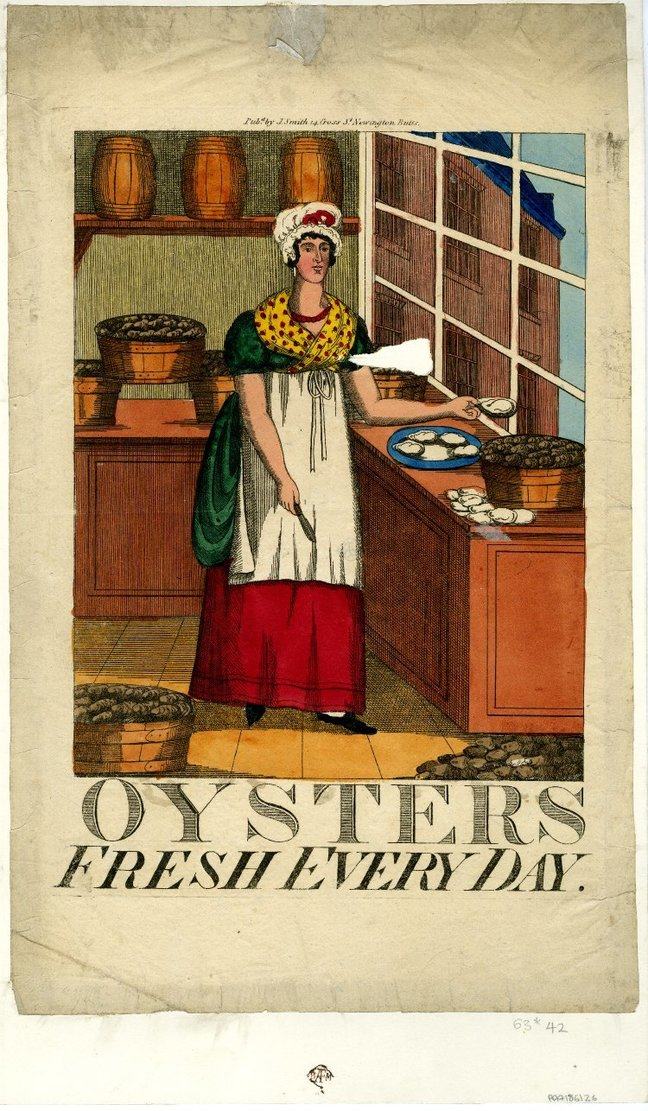 Some produce was grown on the estate at Kew and the King’s farm in Richmond, but much was brought in from suppliers. This marks a real change from the way earlier monarchs’ tables were catered for. One vegetable supplier, a man with the apparently real name of ‘Savage Bear’ seems to have held the monopoly. He brought, amongst other ingredients, broccoli, turnips, horseradish, watercress, asparagus, chestnuts and French beans, apples, shallots, onions, potatoes, sauerkraut and mushrooms. However, we do know that a woman named Elizabeth Whetten sold lemons to the kitchens, so perhaps Mr Bear didn’t run to citrus.

Bread was made in the bake house but pies, tarts and gateaux were often bought in, including the jellies which the King was known to be eating during his illness. These jellies, along with the milky pudding, blancmange, were supplied by a woman called Ann Winckles. In contrast to the food, little was spent on alcoholic drink. George and Charlotte hardly touched alcohol, and the allowance to the rest of the household was very modest. Below is a record of the Clerk’s procurement accounts, ‘served to his Majesty’s kitchen at Kew’, from the start of 1789. You can see how little was spent on wine, in contrast to the huge amount being spent on meat in the same period. In the next activity, we’ll look more closely at George’s eating habits, and whether he really warranted the nickname ‘Frugal George’.

For reference: The values listed below are broken down into pounds (£), shillings (s) and pence (d). There were 20 shillings in a pound, and 12 pence per shilling. These values were used in Britain until decimalisation of the currency in the 1970s. £1 in 1789 represents approximately £60 today.

Other entries in the ledger provide a breakdown of who exactly the provisions are for. For example, this entry from June 1781:

And from April–May 1783 there was even record of what was especially being brought in for Princess Mary, Sophia, and Prince Octavius from Thomas Street confections: two jars raisins; almonds; two raspberry jam; currant jelly.