The 19th century saw a huge rise in the number of recipe books on the market, a clear indication that cookery was now something to be enjoyed by everyone, not just the aristocracy.

While some of the books available were poorly written and derivative, others were highly original and are still usable today. Where previously most cookery books had been general, now titles became quite specific: there were books on breakfast, teas, picnics, using preserves, and on types of cuisine, such as Indian, French and vegetarian: a trend which continues to today.

The first printed recipe books began to be published at the end of the 16th century. Before that, our knowledge of recipes comes from manuscript sources: the recipes were often intended as an aide-mémoire for the experienced cook, rather than as instruction manuals. By the 18th century, authors realised that there was a market for people who had basic knowledge in the kitchen, but needed more detailed instructions. In the Victorian period the market exploded as literacy levels rose and printed books came down in price. Many authors were women, and many readers were too, whether they were maids wishing to become cooks, or working and lower middle class wives and mothers wanting to improve their own cooking to better provide for their families. 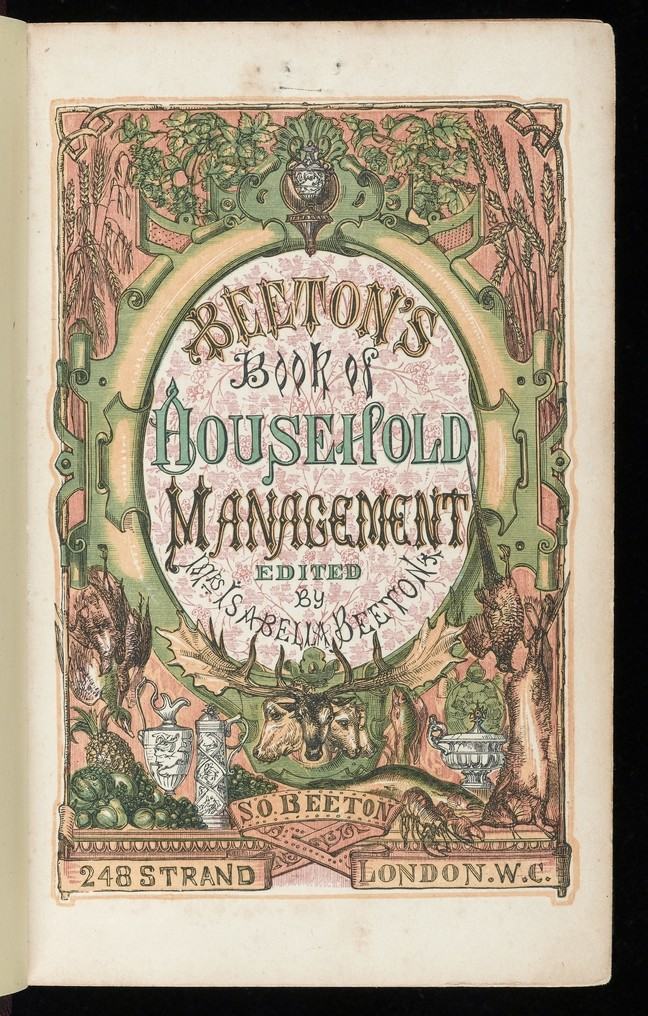 The most iconic book of the era is actually one of the worst in some ways. Isabella Beeton’s Book of Household Management was published in part form, and then as a book, in 1861. It was part of a series of ‘Beeton’s Books’, which also included titles on DIY, birds, and books for boys and girls. It was compiled by Isabella Beeton from a variety of other recipe and advice books on the market at the time, with a bit of judicious textual change to disguise the hefty borrowings. Unfortunately, this leads to a rather ramshackle end result, where methods skip crucial steps, and where very old-fashioned recipes sit side-by-side with more modern ones (which does make it very interesting for the food historian). It was nevertheless a best-seller, and was revised and republished in the 1880s, 1900 and several times in the 20th century. The latest incarnation has full-colour photographs, but you can also buy copies of the – somewhat different – first edition.

The secret to its success was its tone. Beeton knew her audience, and spoke to them in empowering language, declaring that, ‘as with the commander of an army, so it is with the mistress of the house’. In an era of very limited women’s rights, she taught her readers to hold their heads up high and take control of the domestic sphere – which by extension meant significant encroachment into the public world, as they dealt firmly with tradesman and servants, as well as masterminding dinners to advance their husbands’ careers and improve their families’ prospects.

One of the key sources for Beeton remains an excellent book: Eliza Acton’s ‘Modern Cookery for Private Families’. In an echo of the modern preoccupation with sugar she called cakes, ‘sweet poisons’, and refused to give many recipes for them. In general, her writing is brisk and efficient, and her dishes work. Another early Victorian author whose book was original and whose recipes stand the test of time is Maria Rundell ‘A New System of Cookery’, whose book was so successful that it remained in print long into the 19th century. 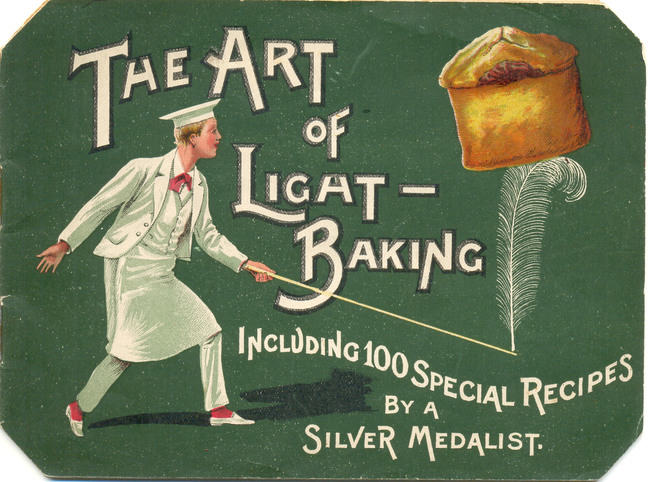 All of these authors reflect Georgian cookery as much as Victorian, though, and by the end of the century there was a need for a new all-encompassing book. Cassell’s ‘Encyclopedia of Domestic Economy’ filled the gap to a large extent, and was, like Beeton’s ‘Book of Household Management’, full of facts and figures about the ingredients in the book, as well as recipes. Another key figure was Agnes Marshall, who wrote two books on ice creams, which are some of the best works on the subject ever published, and two cookery books based on her successful lecture tours. Her recipes make use of all the moulds, colourings and flavourings that the late 19th century cook could call upon. You can have a go at making one of Agnes Marshall’s ice creams at home later in this Week.

Men also wrote recipe books, of course, and most of the high end books were written by chefs working in big houses or clubs. Two of the most interesting authors are Charles Elmé Francatelli, and Alexis Soyer. Francatelli was cook to Queen Victoria in the early 1840s, leaving after just over a year (possibly after a fight in the kitchen). He proudly proclaimed his royal credentials in every one of his books, which included ‘The Modern Cook, The Cook’s Guide’ and ‘A Plain Cookery Book for the Working Classes’. In this way, he covered off all possible audiences, and by comparing similar dishes in the first two books. It is interesting to see the changes he made from upper class to middle class cuisine. Alexis Soyer also published books aimed at every class, though with a flair all of his own. The title of his posh book, ‘The Gastronomic Regenerator’, must be a contender for the best ever cookbook title, while his middle class book, ‘The Modern Housewife’, is written as a series of letters and is deliciously bizarre. He was probably the best known cook of the era, and a genuine celebrity, and many of his culinary inventions, including the Soyer Stove, remained relevant until well into the 20th century.

While Victoria was not directly influencing these changes, she was an icon for the rising middle classes, especially for women, as she represented the loving mother and wife that many aspired to be. This is shown through the huge number of foods which came to be named after her, from the Victoria Sponge to the Victoria Plum. These cookery books and advances in technology came at a time when femininity was often centred on the domestic idyll, at whose heart lay the family. In the next Step, we’ll be looking more closely at Victoria’s own, often turbulent, relationship with food.