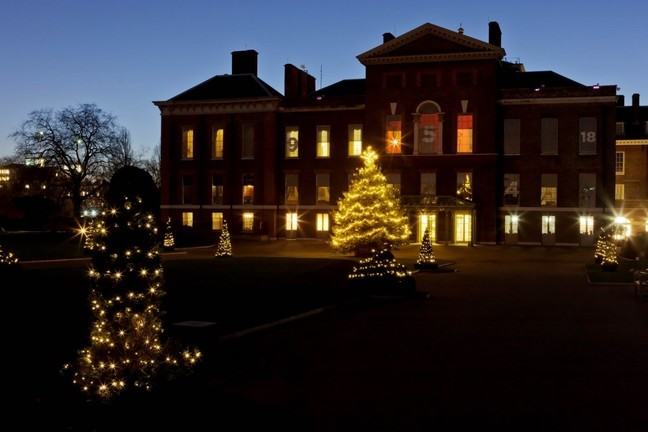 The reinvention of Christmas under Queen Victoria

In 1837 Christmas seemed to be in decline. Twelfth Night was more significant as a party night than Christmas Day, which was mainly about church, mince pies and roast birds. While many writers and commentators lamented the loss of Christmas, most people didn’t seem to care. Yet by 1850, the decline had not only been reversed, Christmas had been almost wholly reinvented. The modern Christmas owes far more to the Victorians than to any other era.

In 1864, Queen Victoria wrote about her Christmases with Albert and their young family, writing of the ‘excitement and delight’ with which they were greeted. Her reminiscences are cosy and family-centred: they breakfast as a family, before the youngest children are allowed to go to the ‘present room’ to choose one toy. Next they all attend church or chapel, admiring the evergreens and singing hymns and carols before returning to have the tree lit with candles.

Dinner, held in the evening, was a glittering affair with plays and charades afterwards. The royal family still maintained the old Twelve Days to some extent; the whole period was more festive than usual, with plays and pantomimes, and the tree lit on Christmas Eve, Christmas Day, New Year’s Day and Twelfth Night. Nearly all of the elements of the modern Christmas were there: the tree, presents given on Christmas day, a big dinner, a focus on family, and a decorated home. Cards were first introduced in 1843, although they didn’t catch on properly until the 1850s, and in 1846 the Christmas cracker was invented by Tom Smith, a baker-turned confectioner who was looking for a way to sell sweets in the winter.

The new Christmas owed a great deal to the royal family, and Victoria quite happily took the credit for promoting change, popularising Christmas trees, in particular. Yet it was also the product of wider social shifts, especially with regard to changing attitudes towards the poor. In the 1840s, Charles Dickens, and the writers who surrounded him, captured the spirit of the time when they started publishing articles and essays calling for a new type of Christmas; one centred on family and on charity, on caring for the less fortunate members of society.

‘What have you done, this ‘merry Christmas’, for the happiness of those about, below you? Nothing? Do you dare, with those sirloin cheeks and that port-wine nose, to answer – Nothing?’

Britain was now more urban than rural, more industrial than agricultural, and more commercial than ever before. This new, moralistic Christmas fitted the growing awareness of the enormous number of poor people in the country, as well as the desire to sell as much as possible. It was summed up by Dickens’ most famous work, A Christmas Carol, which proved incredibly popular (and remains so today).

Christmas was further promoted by the royal family in the pages of the Illustrated London News, which, in typically breathy fashion, reported on the latest goings-on, complete with pictures of enormous roast meats on the spits at Windsor, and, most famously, a depiction of the whole royal family around a large decorated tree in 1848. Christmas trees became an essential, and by the 1860s were an established part of the festive season.

The 1870s and 1880s saw most of the other elements of the modern Christmas introduced, as Britain was undergoing its second industrial revolution. Boxing Day was declared a bank holiday in 1871 (usually unpaid), and the Twelfth Night dwindled in importance. 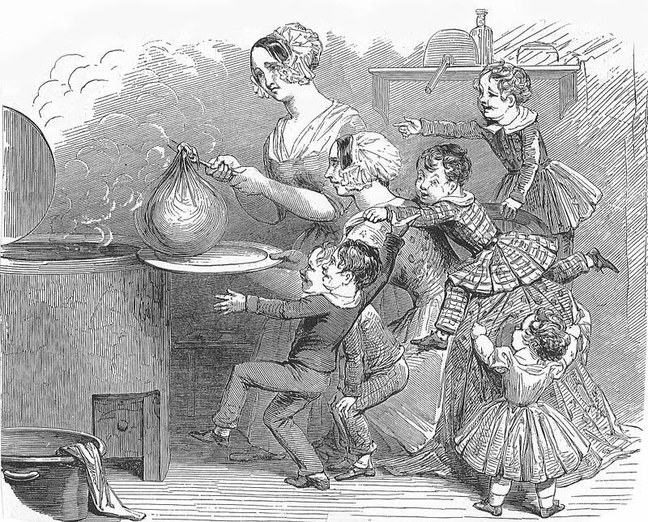 Food played an ever more significant role in the Christmas celebrations, with the introduction of some of the dishes we still eat today, including a variant of plum pudding now called Christmas pudding (first called so by Eliza Acton in 1845).

‘At dinner there were all the Christmas dishes, of which we generally had to eat a little first the cold baron of beef which stood on the large sideboard all decked out - brawn - game pies from Ireland and others - stuffed turkey - wild boar’s head – which Albert was so fond of – mince pies etc etc’

A slightly odd new tradition sprung up in the 19th century. ‘Stir Up Sunday’ was supposedly the day the Christmas puddings were made, stirred by all the family. The sixpence in the pudding became a tradition at some point after Victoria’s death, an echo of the pea/bean in the Twelfth Cake from the Elizabethan era. With the focus now on Christmas Day, it’s not surprising that Christmas cake, another rich, decorated fruit cake, replaced Twelfth Cake in the closing years of the century although Victoria still enjoyed these, every 6 January until the end of her reign. The Queen’s Twelfth Cakes were elaborately decorated with scenes such as a picnic in 1849 and a hunting scene in 1891. 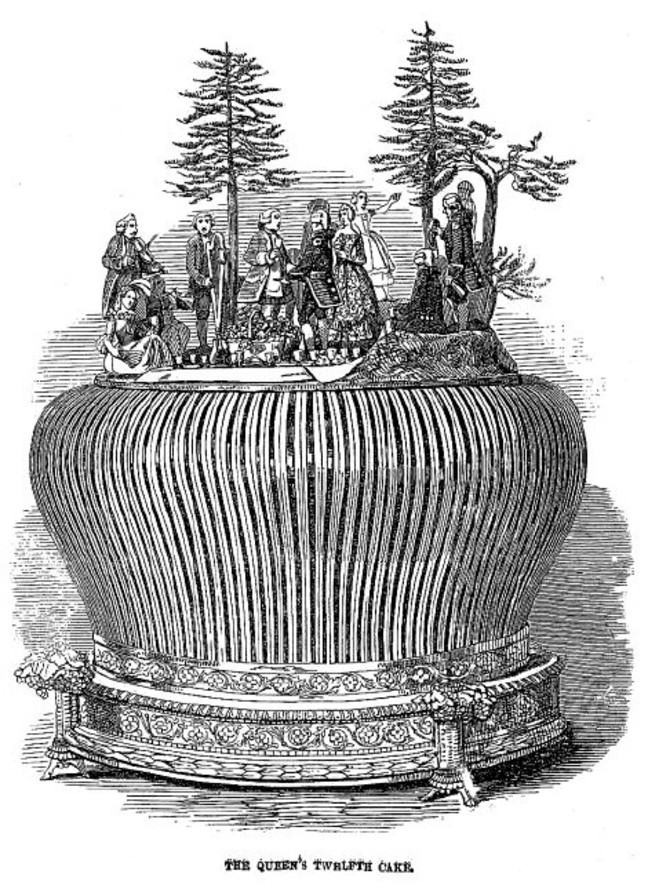 Elsewhere on the menu, turkey was still the bird of choice for rich and middle classes alike. Goose and beef were popular meats with the poor - when people could afford them. Game was still obligatory for possessors of estates, and mince pies, by now containing only a small amount of meat, were also on every table. Jerusalem artichokes were surprisingly popular, given their effect on the digestive system, but were rivalled by Brussels sprouts, introduced during the early part of Victoria’s reign. Very few people now served a boar’s head – except the Queen – although it was now possible to buy them from a caterer. Brawn, however, was still a solid choice, and pork maintained a good presence on the table through a number of different recipes.

For the last Christmas dinner of Victoria’s reign, the menu included turtle soup and barley soup, turbot and fried sole, turkey with chipolatas, a chine of pork, roast beef and plum pudding, asparagus in hollandaise sauce, mince pies and chocolate éclairs. As with every one of Victoria’s Christmas dinners, there was a sideboard groaning under the weight of a baron of beef (a joint of beef consisting of two sirloins joined at the backbone), a woodcock pie, a game pie (the descendant of the Tudor Christmas pies), a boar’s head and a brawn.

It wouldn’t be right to finish the Victorian Christmas week without providing a recipe for Christmas pudding. Why not add a coin to yours or share your own traditions with other learners? Remember to share your creation on the course Padlet Wall.