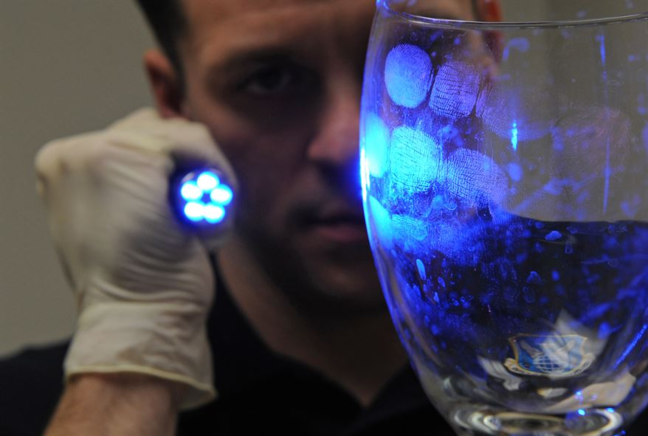 One of the most crucial aspects of locating evidence at a crime scene is the use of proper lighting. Most physical evidence is located by scenes of crime officers (SOCOs) through a simple visual search of the scene. However, this search is extremely difficult to do if a scene is poorly lit (for example at night or in a darkened room). Investigators therefore need as much light as possible to avoid missing evidence.

There are many different lighting options available for use at crime scenes, from simple handheld torches to high intensity LED lamps designed to light entire rooms. The prices of these lights can range anywhere from £10 to many thousands of pounds. A crime scene manager should give considerable thought to what kind of lighting will be needed at a scene before their team is dispatched.

While the light sources used to illuminate a scene usually consist of white light, SOCOs may also use special devices known as alternate light sources (ALS) to locate evidence that would usually be invisible to the naked eye.

These devices produce light at a specific wavelength of the electromagnetic spectrum (usually ultraviolet, blue or green). When exposed to this light, certain substances will undergo a phenomenon known as ‘fluorescence’. Fluorescence occurs when a molecule absorbs light of a particular wavelength and then emits a different coloured light back.

A good example of this is when forensic investigators use lights that emit in the ‘blue’ region of the electromagnetic spectrum (around 450 nm) to detect traces of semen. After absorbing this light, molecules within the semen will emit green-coloured light (at approximately 520 nm) back.

A number of physical evidence types are known to fluoresce when exposed to ALS. These include: 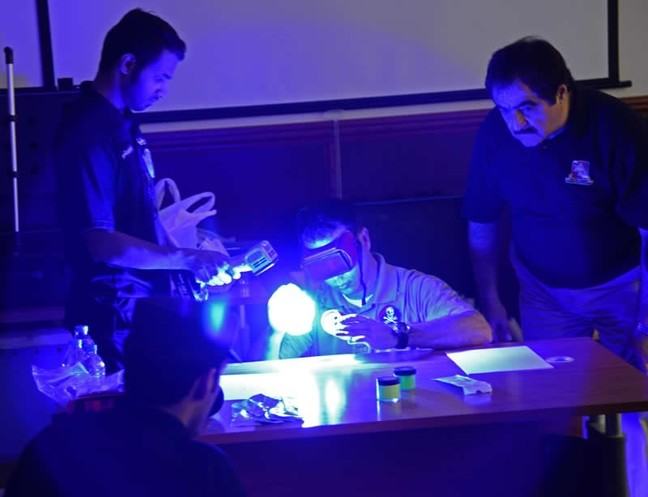 What type of lighting would you consider bringing if you were called to a crime scene in a local park at 1am? Bear in mind that there may not be any power sources to plug your lights into!