A fingerprint is the impression left from the friction ridges on the tip of a finger beginning at week 10 of the gestation period in the human foetal development. During this period, tissues on the fingers, palms and feet swell to form volar pads; the hand and feet continue to grow in the epidermis (outer skin layer) and dermis (inner skin layer) to produce ridges on the tips of the fingers and toes. The duration of this process determines the dominant ridge pattern that is characterised as either an arch, loop, whorl or accidental pattern.

No two people (including identical twins) have been found to have the same fingerprint. Once developed, the fingerprint is permanent and does not alter with time, except in the cases of injury or scarring. Temporary alteration is observed with burning; however, once healed, the new epidermal ridge pattern replicates that of the original. Based on the uniqueness of fingerprints, they are used as forensic identifiers in criminal cases.

Where ridge impression is left from a known source (eg reference print collected from a arrested suspect), it is referred to as a fingerprint. However, if the source is unknown (eg on the surface of a drug wrap), this is a fingermark. At crime scenes, fingermarks may be visible (eg left in blood on a knife) or latent (ie not visible to the naked eye). Latent prints are generated due to sweat, or the presence of salts, oils and tiny particles of dust.

A wide range of physical, optical and chemical techniques are available for the enhancement of these marks where the choice of detection technique is dependent on several factors (detailed in the Fingerprint Sourcebook) that include the surface porosity, presence of contaminants such as blood, environmental factors (eg if the surface is wet) and the age of the mark.

When analysing a fingermark, there are three levels of ridge detail to be considered. The first involves the characterisation of pattern (eg whorl, loop etc). The second defines individualism through the notation of pattern forms due to ridge ending, bifurcation, dot or combination. The third gives dimensional detail based on ridge path deviation, width, shape, breaks, scars and other permanent details. To compare fingermarks, examiners often use a self-imposed 8-point rule (between the three levels) to match prints. The identification is subjective, hence print matches need to be verified by an independent source. Examiners may also use automatic fingerprint analysis, where prints are compared against databases. 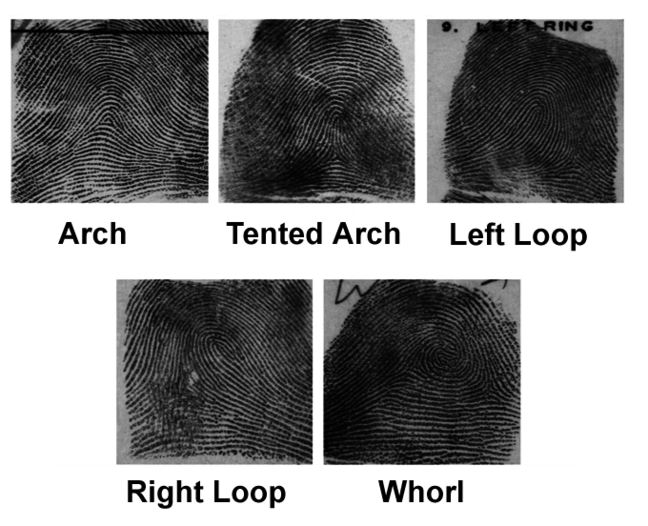 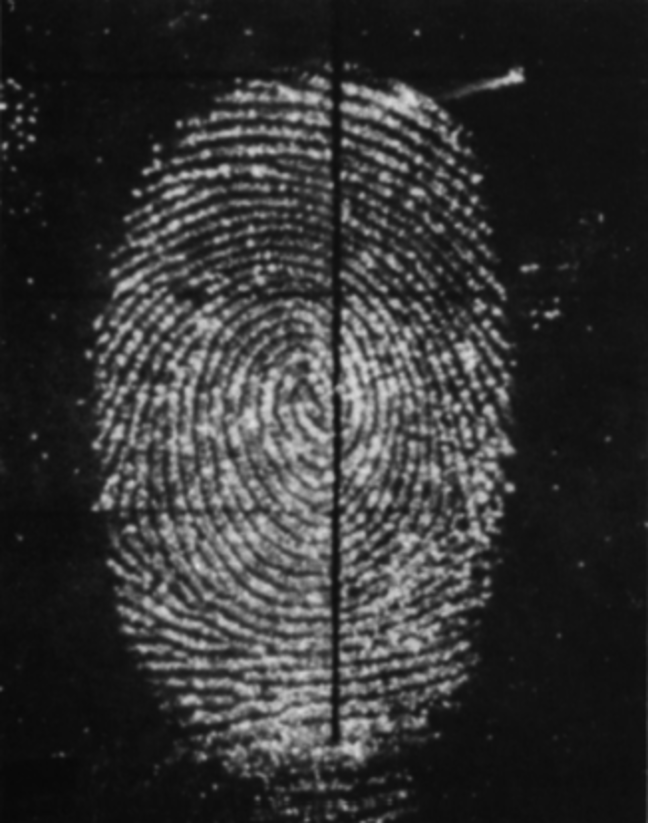 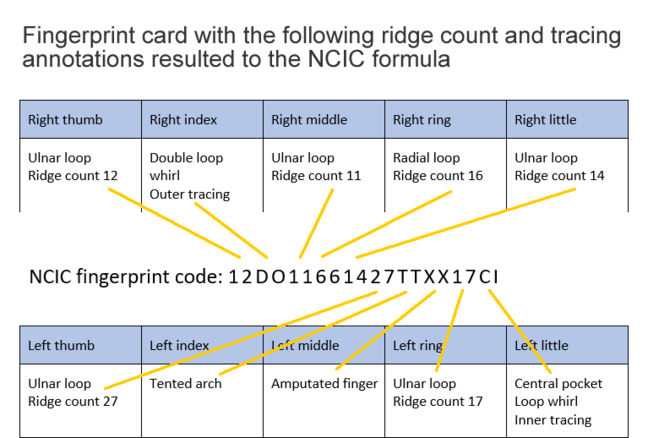