This content is taken from the University of Groningen's online course, The Scientific Revolution: Understanding the Roots of Modern Science. Join the course to learn more.
View course
2.1 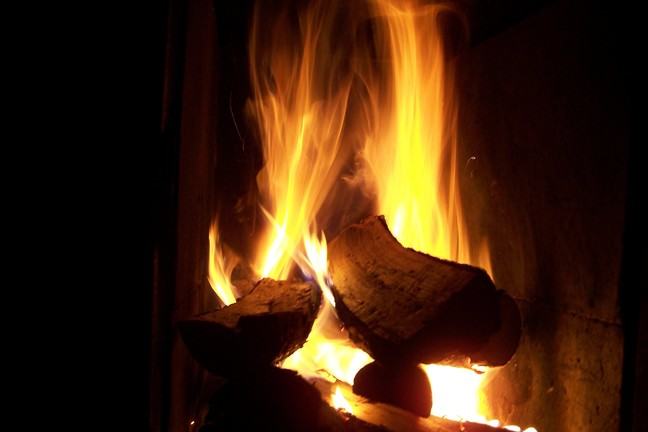 Welcome back to the second week of the course! In the previous week you have learned about how certain terms used by Aristotle and his followers to describe nature were replaced by new theories. This week we are going to look at the method philosopher used to study nature in the early modern period.

The following two texts describe the same phenomenon: the burning of a piece of wood, and are written by two authors about whom you learned in the previous week, Aristotle and Descartes. As you previously discussed, Descartes tried to replace Aristotelian natural philosophy, because he considered Aristotle to be the cause for which science was not advancing.

The first text is from Aristotle’s On the Heavens (written in 350 BC), his main cosmological book. Here he introduces a discussion of the four elements, out of which all sublunary things (all those things that are below the sphere of the Moon) are composed; and of ether, the perfect matter which composes heavenly bodies (the bodies existing above the Moon). Sublunary things are subject to change, they are corruptible and ephemeral, while the heavenly bodies are eternal and incorruptible. The second text is from René Descartes’ The World (written between 1629 and 1633, in French, with the title Traité du monde et de la lumière, published in 1664). The treatise discusses various themes, from metaphysics, to physics and biology, and exposes Descartes’ mechanical philosophy.

While reading the texts, please think about the following two questions:

1. What is the composition of wood and how is the process of burning described in the two texts?

2. Can you identify the characteristics of Aristotelian and of mechanical philosophy discussed in the previous week?

Share your own ideas in the comment section, focusing on the differences between the two authors. In the following step, we are going to analyse the texts and to offer an outline of the second week.

It remains to say what bodies are subject to generation, and why. Since in every case knowledge depends on what is primary, and the elements are the primary constituents of bodies, we must ask which of such bodies are elements, and why; and after that what is their number and character. The answer will be plain if we first explain what kind of substance an element is. An element, we take it, is a body into which other bodies may be analyzed, present in them potentially or in actuality (which of these, is still disputable), and not itself divisible into bodies different in form. That, or something like it, is what all men in every case mean by element. Now if what we have described is an element, clearly there must be such bodies. For flesh and wood and all other similar bodies contain potentially fire and earth, since one sees these elements exuded from them; and, on the other hand, neither in potentiality nor in actuality does fire contain flesh or wood, or it would exude them. Similarly, even if there were only one elementary body, it would not contain them. For though it will be either flesh or bone or something else, that does not at once show that it contained these in potentiality: the further question remains, in what manner it becomes them.

I know of only two sorts of bodies in the world in which light is present, namely the stars and flame or fire. And because the stars are undoubtedly less accessible to human knowledge than fire or flame, I shall try first to explain what I observe regarding flame.

When flame burns wood or some other similar material, we can see with the naked eye that it sets the minute parts of the wood in motion and separates them from one another, thus transforming the finer parts into fire, air and smoke, and leaving the coarser parts as ashes. Others may, if they wish, imagine the form of fire, the quality of heat, and the process of burning to be completely different things in the wood. For my part, I am afraid of mistakenly supposing there is anything more in the wood than what I see must necessarily be in it, and so I am content to limit my conception to the motion of its parts. For you may posit ‘fire’ and ‘heat’ in the wood, and make it burn as much as you please: but if you do not suppose in addition that some of its parts move about and detach themselves from their neighbors, I cannot imagine it undergoing any alteration or change. On the other hand, if you take away the ‘fire’, take away the ‘heat’, and keep the wood from ‘burning’; then, provided only that you grant me there is some power which puts its finer parts into violent motion and separates them from the coarser parts, I consider that this power alone will be able to bring about all the same changes that we observe in the wood when it burns.

Now since it does not seem possible to conceive how one body could move another except through its own movement, I conclude that the body of the flame which acts upon the wood is composed of minute parts, which move about independently of one another with a very rapid and very violent motion. As they move about in this way they push against the parts of the bodies they are touching and move those which do not offer them too much resistance. I say that the flame’s parts move about individually, for although many of them often work together to bring about a single effect, we see nevertheless that each of them acts on its own upon the bodies they touch. I say, too, that their motion is very rapid and very violent, for they are so minute that we cannot distinguish them by sight, and so they would not have the force they have to act upon the other bodies if the rapidity of their movement did not compensate for their lack of size.