This content is taken from the University of Groningen's online course, The Scientific Revolution: Understanding the Roots of Modern Science. Join the course to learn more.
View course
2.5 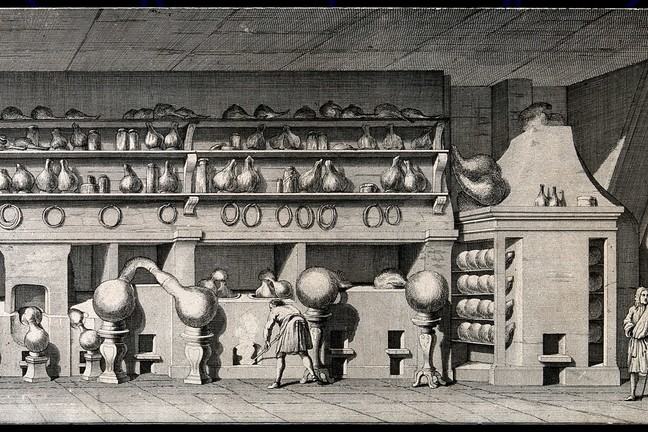 The Chemical Laboratory of Ambrose Godfrey

The characteristics of an experiment

But let’s see now what exactly it meant to design an experiment at the beginning of the seventeenth century.

The following text is from Bacon’s collection of experiments Sylva sylvarum (published in 1627). Among the 1000 paragraphs, there are experimental reports, reports borrowed from other authors, suggestions for performing experiments (like the one below), theoretical reflections, etc.

It is reported by one of the ancients, that in Lydia, near Pergamus, there were certain workmen in time of wars fled into caves; and the mouth of the caves being stopped by the enemies, they were famished. But long before time after the dead bones were found; and some vessels which they had carried with the, and the vessels full of water and that water thicker, and more towards ice, than common water: which is a notable instance of condensation and induration by burial under earth (in caves) for long time; and of version also (as it should seem) of the air into water; if any of those vessels were empty. Try therefore a small bladder hung in snow, and the like in nitre, and the like in quicksilver; and if you find the bladders fallen or shrunk, you may be sure the air is condensed by the cold of those bodies; as it would be in a cave under earth.

Taking into consideration the distinction between observation and experiment discussed in the previous step, find the features specific to contrived experience in Bacon’s report of an experiment. Consider the following three questions:

1. What are the questions to be answered?

2. What does the experimenter need in order to answer those questions?

3. What is the relation between the initial story and the phenomena artificially produced?

Please share your ideas in the discussion section and discus with other learners what you consider specific for the design of an experiment.