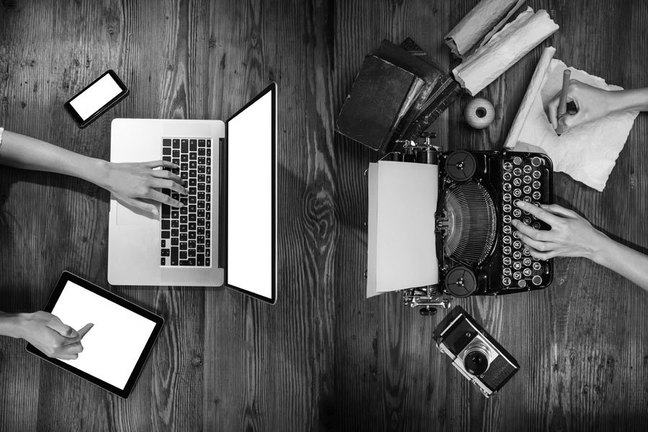 In the last discussion of story structure, we looked at the dominant form in theatrical films, the character-based causal Three Act Structure. Now we’ll look at other approaches to story organisation.

There is little reason why films must be told in this particular arrangement of three acts, with its 25-50-25 rhythm. Some sort of beginning, middle and end is helpful, but we have no trouble following other formal configurations. Modern stage plays seldom feature more than two acts; television drama is often constructed in four acts, to accommodate the adverts; and “serial” television films often break a single story into many parts, each functioning as an act.

Some filmmakers work in a causal three-act structure, yet provide surprise or uncertainty by subverting our expectations of the form. The story may begin with what appears to be a protagonist, who is then killed off well before the end of the story. You see this most famously in Hitchcock’s Psycho, but also in more recent films, e.g., No Country For Old Men or The Homesman. The effect can be momentarily disorientating for the audience, who must search for a new point of view on the story, a new home for their empathy. It produces an unsettling effect that may enhance the suspense in a film.

Some stories may find a different rhythm or a different act structure. For example, Enough Said which appears to have a first act that poses a clear dramatic question, only to introduce a another major element almost forty minutes into the film. The change is very effective, re-energising the plot and adding more complexity to the themes.

Other filmmakers, e.g., Abbas Kiarostami or Michael Haneke, may intentionally subvert our expectations of the story by refusing to reveal the dramatic question or avoiding a clear resolution.

There are also entirely different ways to approach story structure. We’ve been discussing a model that follows one major storyline that most often follows a single protagonist with clearly defined goals. Some movies, however, feature multiple storylines.

In most cases, the multiple storylines are joined by a common event, place or theme. Each of the storylines may have a plot of its own, the story’s overall coherence comes from the relationship between the storylines. Some recent films, such as Crash or Traffic, use this technique to make social commentary. Love, Actually takes on romance with ten mostly-interlinked stories. Max Ophuls’ 1950 adaptation of La Ronde featured a chain or “round-dance” of ten stories: “A” falls in love with “B”, who falls in love with “C”, and so on.

Robert Altman’s Short Cuts was adapted from Raymond Carver stories into a film featuring twenty-two principal characters and ten storylines. The final film has been described as a “mosaic”, because its stories come together to form a larger picture that can only be understood in its totality. The movie’s theme denies the causality at the heart of a three-act structure, taking a rather more pessimistic look at the human condition.

There are still other ways to organise a screen story, some intended to break the emotional hold of the immersive three-act structure. These stories want to make us think, as well as feel. These films may employ “alienation” techniques akin to Brecht’s “Epic” theatre.

We haven’t the time to discuss all of the possible approaches to story, but it’s important to note that the overwhelming majority of films use the character-driven three act structure. Other forms demand more of the audience and, as a group, tend to be less popular than movies constructed in the familiar structure. These movies may play at the local speciality or art house theatre, rather than the multiplex.

Commercial considerations aside, it’s important to choose the approach that best tells your story, rather than trying to force every story into the same mould.