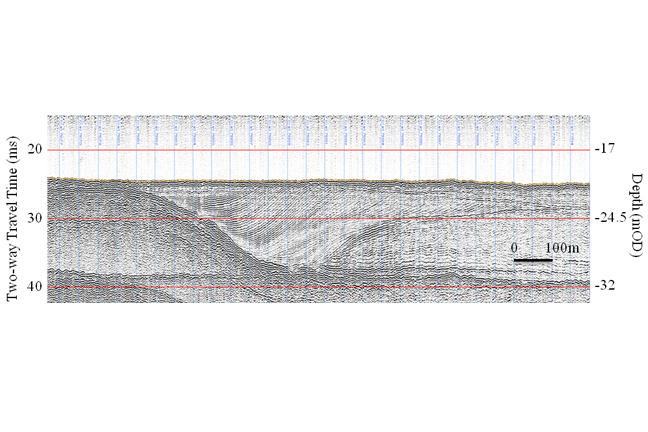 Image 1: A boomer section across a section of buried palaeo-channel buried up to 12 m beneath the current seabed. Data acquired as part of the MASLF-MEPF Outer Thames Estuary Regional Environmental Characterisation project.

The palaeogeographic and palaeoenvironmental reconstruction of the submerged sections of the continental shelf is of particular importance for understanding the archaeological record it contains (i.e. once terrestrial sites that are now submerged, or material that has washed in by rivers but is now underwater). A range of geophysical techniques and datasets can be used to investigate these landscapes at a wide range of scales:

At this largest scale of investigation the principal datasets available are topographic and bathymetric. They are not directly acquired from boat based acoustics systems, but derived from satellite measurements of the ocean surface combined with gravitational measurements and trans-ocean echosounder measurements of the seabed. They provide data between 0.5 and 1 arc minute spatial resolution (c. 1- 2km at mid-latitudes).

Bathymetric data for the whole globe is publically available. There are three principal sources:

Alternatively, a bathymetry only grid at 30 arc-second intervals can be freely obtained from GEBCO, although this product is essentially for the deep oceans and care has to be taken with data from continental shelves. These open access data sets represent a major asset for ocean scientists and archaeologists, and have transformed the way we do our work over the last decade.

At a shelf scale (focusing on the shallower areas around our modern land masses) a number of organisations now make bathymetric datasets (both single beam and swath bathymetry) freely available, three examples being:

These collations of datasets can provide excellent high resolution (frequently 1m bin size) for large sections of the shelf. Although these examples provide data predominantly from the UK, Irish and US shelves, many other countries are now providing similar portals to their own national datasets.

These bathymetric datasets will only give information on submerged landscapes that are still exposed on the seabed surface, whereas large tracts of pre-historic land surfaces are buried beneath marine sediments. At the shelf scale these can be accessed at a coarse resolution (decametre (10 metres) partial resolution) through the analysis of the top 100 metres of 2D and in particular 3D seismic datasets traditionally acquired by the oil and gas exploration industry. The most successful and extensive archaeological landscape reconstruction undertaken to date using these datasets is the “Doggerland” reconstruction of the Upper Palaeolithic-Mesolithic Landscapes of the Southern North Sea.

Regional Scale Reconstructions at the order of kilometres to 10s kilometres can be developed through geophysical and geological techniques which, when combined, are capable of giving much more detailed multi-period landscapes. Typically, it is the combination of swath bathymetry (providing detailed [1m spatial resolution] bathymetric data), sub-bottom profiling (typically boomer or pinger systems – these being the workhorses of the offshore surveying industry, the former used for penetrating coarser sediments such as sands and gravels, the latter typically for fine sands and muds) and actual core data for calibration that are used for such reconstructions.

These combined datasets are being acquired more and more on the shelf as offshore construction (wind farms, cable and pipeline routes, offshore components of coastal structures such as nuclear power stations and coastal defence systems) and extraction (everything from gravels to diamonds) expands across the globe. Further, there are more and more examples of data sharing between industry and the academic and public archaeological communities (e.g. in the UK the Crown Estate provides access to survey data and reports of many offshore renewable energy projects around the UK).

What must be remembered is that the current coastline is only a temporary construct and to adopt a “seamless” approach to the investigation of submerged landscapes it is important to bring together conventional terrestrial data from the coastal strip and its hinterland (e.g. topographic data, Lidar, aerial photography, boreholes etc.) with the marine datasets in order to produce a contiguous surface. Such an approach is described in the next case study from the Bristol Channel, UK. 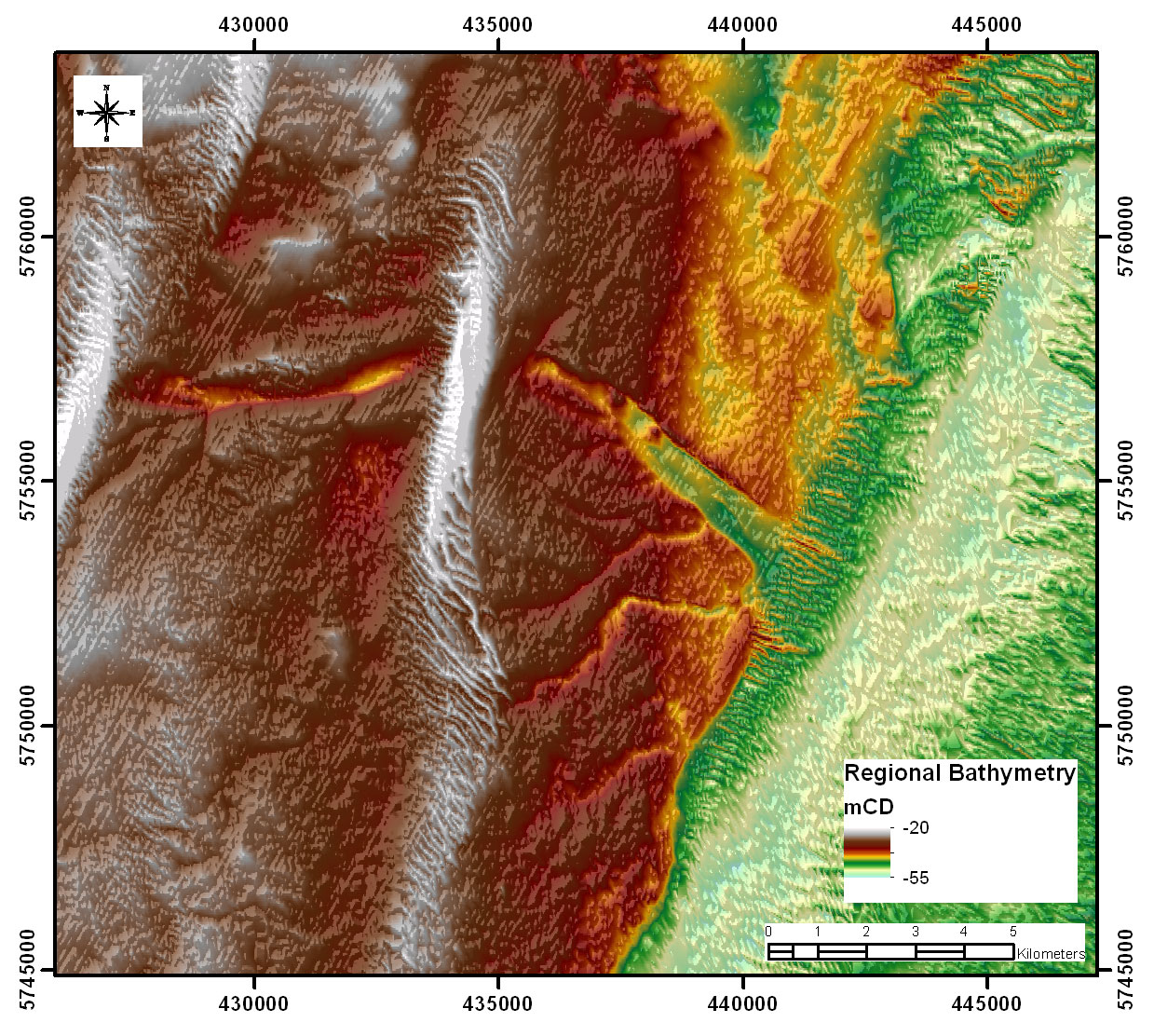