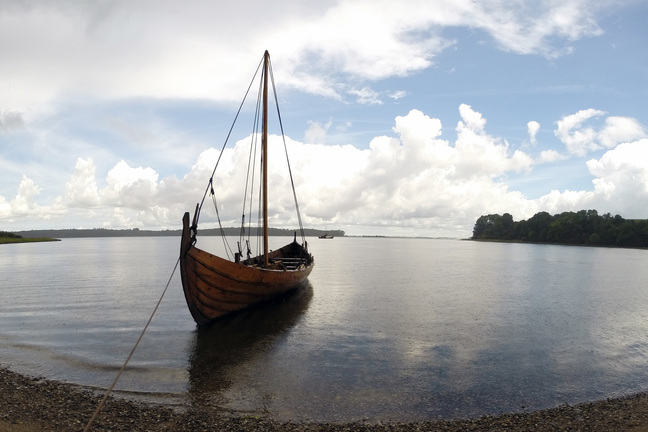 A reconstruction of Skuldelev 6, beached at Boserup Skov in Roskilde, Denmark. Photograph taken by Julian Whitewright.

The Vikings have always caught our imagination, and for good reasons. From the eighth until the eleventh century, Scandinavians (mostly Danes and Norwegians) raided, conquered and colonised large parts of western and eastern Europe. These fierce warriors certainly earned their reputation.

So strong was their impact on northwest European history, a time period, the ‘Viking Age’ was named after them. Strictly speaking, to be a Viking was to be a pirate or raider, coming from the old Norse noun víking, meaning a raid and víkingr a raider. The end of the Viking-raids, around the eleventh century, therefore also marks the end of the time-period. However, the usage of the word ‘Viking’ is too well-established to be abandoned and is usually applied to all Scandinavians, whatever their occupation.

The Vikings plundered extensively in the British Isles and on the Continent in the Frankish Empire and even attacked the Iberian Peninsula and North Africa. In the ninth century, they established control over Orkney, Shetland, and most of the Hebrides; conquered a large part of England and established bases on the Irish coast. Subsequently, men and women came from Scandinavia to settle in ‘the west’, primarily on the British Isles and northern France. They were also the first to permanently settle on the Faroes and Iceland. At the end of the tenth century, they began to colonise Greenland and explored North America, but without establishing permanent bases there. Less known is that the Vikings also travelled thousands of miles east of their homelands to modern day Russia and beyond.

The Vikings did much more than plunder and raid, and were, first and foremost, farmers. However, this short summary of exploration, conquest and emigration illustrates very well the long distances Vikings covered and highlights seafaring as one of the keys to their success. Indeed, they had mastered the craft of shipbuilding and were proficient sailors.

The Viking ship is a term that covers several types of ships and its roots reach much further back than the start of the Viking Age. Most of the characteristic features (overlapping strakes, curved stems and the side-rudder, see the glossary) were already present in Scandinavian ships from at least the early fourth century AD, as evidenced by the Nydam boat*.

The variety of ship-shapes in Viking Age ships is best illustrated by the discovery of a blockade made out of shipwrecks in the Roskilde fjord, near Skuldelev in Denmark. Five eleventh-century ships were found, each of a different type: a sturdy sea-going cargo vessel, a sea-going warship or longship, a smaller cargo ship, a smaller warship, and a fishing vessel.

Thanks to the detailed registration of many wrecks and extensive reconstruction projects, we are well informed about the way the Vikings built their vessels. Like most other ships at this time in northern Europe, they started out by joining the keel and stems, followed by adding the strakes one by one. In order to attach them to one another, without any internal supporting elements, strakes overlapped and were riveted together with iron nails and roves (or wooden pegs in the southern Baltic). Planks were made by splitting tree trunks using an axe, hammer and wedges. 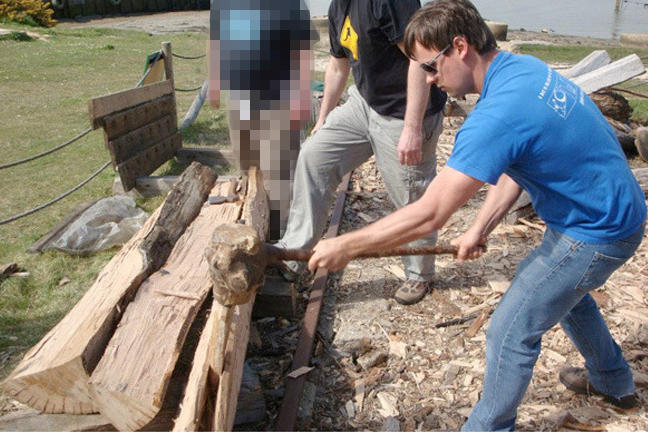 Archaeologists splitting a tree at Buckler’s Hard © University of Southampton, 2017

Split planks, whether tangential or radial, are very strong because they follow the grain of the wood. This means that when they dry out, they do not shrink or warp much. The stems and frames were made out of naturally curved pieces of wood and kept as light as possible. 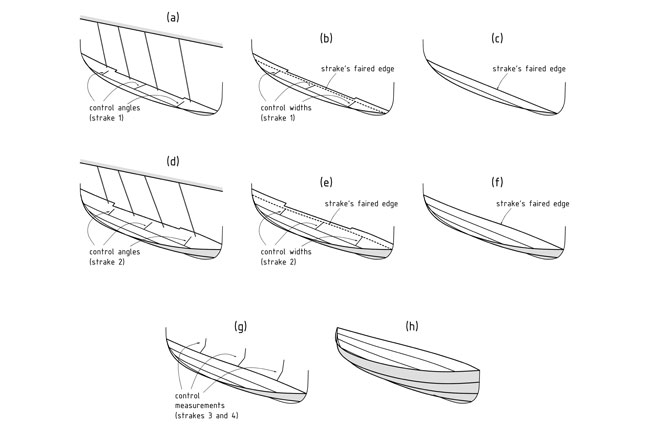 Shipwrights did not use plans or models but, depending on the intended function of the vessel, had a clear idea of the shape of the ship they wanted to build. They would have relied on inherited rules of thumb and a sharp ‘eye’ for lines and angles, aided by certain control tools. This procedure produced vessels that were light and flexible, but at the same time very seaworthy.

Viking ships generally did not need jetties and harbours. Their shallow draught made it so that they could be landed on any open coast with a suitable beach of sand or gravel. Jetties were only constructed at the important trade centres of the day such as Hedeby, Ribe and Birka in Scandinavia and Dorestad, Hamwic (Saxon Southampton) and Quentovic in western Europe.

For the Vikings, a boat was more than a vessel for transport or warfare. The Romans never managed to extend their empire into Scandinavia which meant that these regions were never confronted with Roman occupation or converted to the Roman state religion: Christianity. Political and religious life continued unaffected by the transformations that occurred in the rest of western Europe. That the ship motif continued to be of great importance within Norse society and its belief system is exemplified by the hundreds of real boats that were deposited in graves or in the lines of stones erected in the shape of a boat, and in engravings of images on ornamental stones and on rune stones, as well as on other media. 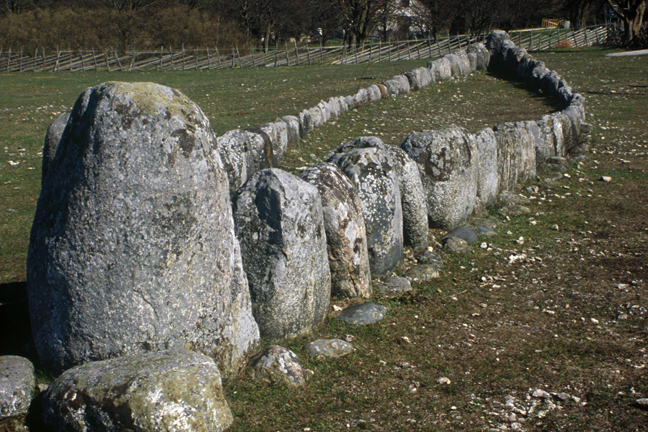 We should thus keep in mind that, when the Christian west was confronted with the pagan north, this was a clash of two very different civilisations with different codes of honour and ritual habits. Since the Scandinavian and most European societies today are primarily based on Christian tradition and culture, it is easy for us to empathise with the harmless monk in Lindisfarne in 793, witnessing the plundering of sacred buildings and the killing or capture of men of the church. After all, Vikings were also very active slave traders. However, as long as the Vikings had not converted to Christianity they had their own gods and morals, and the Christian taboos meant nothing to them.

* This website is in Danish. If you view it in Google Chrome web browser then it will offer to translate the page for you automatically.