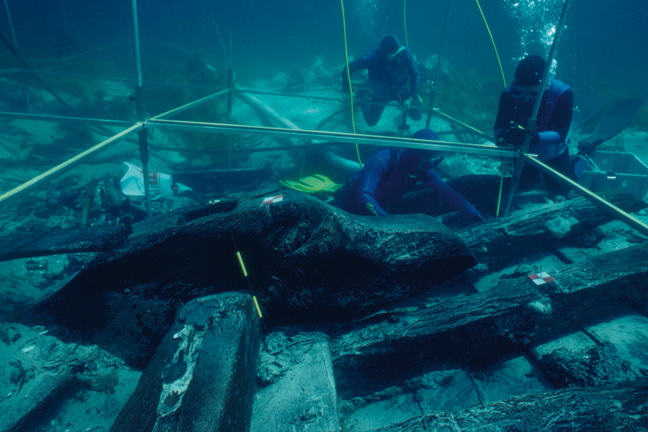 In November 1796 the Sydney Cove sailed from Calcutta with 53 men on-board, including 44 lascars (Asian sailors).

Built in Bengal, this ‘country’ boat (as ships built in British colonies were known) had a speculative cargo, of rum, rice, sugar, tobacco, other food stuffs, textiles and luxury goods and some livestock, for the new penal colony at Port Jackson (on the south-east coast of Australia), established less than 10 years previously. In February 1797, it was wrecked in the Furneaux islands in the Bass Strait. Much of the cargo was landed on a nearby island (named Preservation) where the survivors of the wreck set up camp. 17 men set out in the long boat for Port Jackson, but it too wrecked. After two and a half months walking north only three men survived to be picked up by a Port Jackson fishing boat: two Europeans and a lascar.

The lascar crew of the Sydney Cove were not an anomaly. Local sailors and knowledge had always been important to European ships in the Indian Ocean. In April 1498, when Vasco da Gama led the first European expedition to sail the Indian Ocean, he was guided by a local seafarer from the port of Malindi on the east coast of Africa to Calicut on the coast of India. The labour, seafaring skills and maritime knowledge of Indian Ocean sailors remained fundamental to European ships and empires throughout the Age of Sail. In fact, the mix of cultures, languages, religions, food and even clothing among the crew of European ships in the Indian Ocean may well have made them the first, truly globalised workplace. So much so, that ‘laskari’ or ‘hindustani’ dictionaries written for British officers commanding multi-ethnic crews began to appear in the 19th century.

The Sydney Cove has allowed archaeologists to explore questions about the development of the Australian colony, colonial shipbuilding and trade between Indian Ocean colonies. It also highlights key points about the experiences of lascars:

The treatment of lascars by European colonial authorities changed over time. As sail gave way to steam, lascars were increasingly controlled by regulations, prevented from migrating, and even contained within specific spaces on-board ship. By the 20th century they had become ‘invisible’ to European passengers and were left out of historical narratives of British maritime history. But they should not be forgotten. Their stories are of global seafaring and the origins of modern multicultural Britain. And they highlight the oceans, and the ships that sailed on them, as places where cultures, languages, people and ideas mixed and mingled – sometimes competing and conflicting – but often creating new languages, cultural practices and understandings.