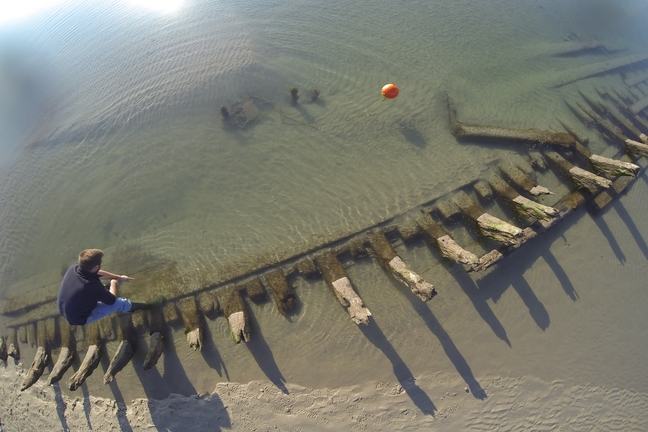 In the articles and blog posts associated with this course you will have come across the term ‘preservation in situ’. This is the principle that archaeology is often best served by being left where it is found (in situ). This is the underlying principle of the UNESCO convention and many national heritage policies.

As a baseline principle preservation in situ has many strengths, encouraging people to look but not touch. This enables an identification of sites of interest, values them within a heritage framework and encourages them to be left undisturbed. This acts against the desire that some may have to recover them for economic benefit, through focusing on the fact the world benefits from protecting our shared heritage, rather than allowing potential profit to be given to a few individuals at the expense of understanding our past.

However, the concept of preservation in situ is not without problems. As archaeologists we often need to investigate sites in more detail to better understand what they are. Thus we might note a wreck on the sea floor, but could require samples of the structure, fixings or cargo to better understand when it dates from, where it has been and how significant it could be. In some instances a site might offer unparalleled opportunities to understand a period in the past, or a form of craft, but only after excavation has been carried out (which is a destructive practice). In these cases preservation in situ might allow the wreck to survive longer on the sea floor, but, by leaving it alone we will never improve our knowledge of it. At its worst, this might actually encourage mindful neglect – a knowledge that a site of interest is there, but a feeling that it should be left alone to be preserved. Archaeological knowledge can often only really move forward through more direct intervention. Thus, we have to balance the desire to preserve with the need to answer questions about the past that can only be addressed through controlled excavation.

Heritage agencies and archaeologists are very aware of this paradox, and of the fact that sites will degrade over time in all but the most benign conditions. As such, sites which have been identified as being of interest, but are being preserved in situ are frequently monitored. This allows for identification of changes in ocean processes that may threaten the site and thus require excavation or engineering solutions to manage.

As such, preservation in situ is best thought of as an active choice, with a commitment to continued investigation and monitoring to ensure that heritage assets aren’t simply abandoned to their fate. Similarly, preservation in situ will not always require exclusion. The diving community is increasingly well educated about the value of wrecks and the need for material to be left alone, meaning that sites being preserved can often be viewed under guidance, allowing them to be seen by more and more people.

You can probably tell from the text above that preservation in situ sounds like a simple idea, but is one that is open to interpretation and variation in execution. At its best it sees the identification, investigation and monitoring of our shared heritage. However, taken in a different light it could lead to the abandonment and exclusion of material from study.

We’ve deliberately made this article slightly more controversial than others in an attempt to draw more comments out for discussion.