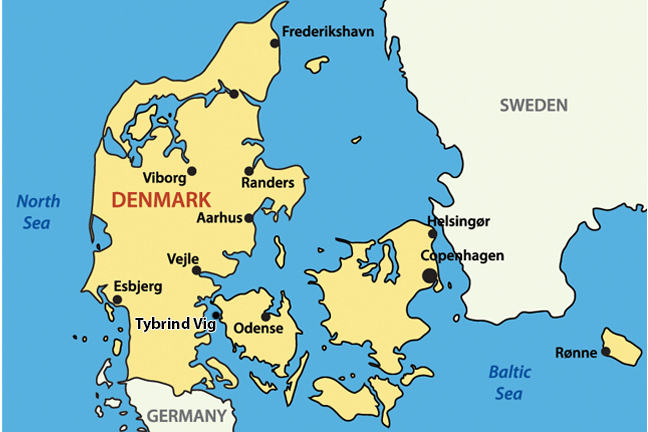 Maritime archaeology has had a great influence on our understanding of human history. This is particularly true when we study sites further back in time.

On dry land, well preserved prehistoric sites are relatively scarce and are biased towards non-organic preservation. This means that we only see the remains of certain activities and industries, such as chipped stone tools. With many prehistoric coastlines flooded by marine transgressions since the last Ice Age, the potential for the preservation of evidence of prehistoric activity within these now submerged landscapes is vast. This is an exciting area of research where archaeological findings from the continental shelf are rapidly changing our view of many aspects of prehistoric life.

One reason why prehistoric submerged sites are so uniquely interesting is because the preservation of organic materials in the marine environment can shed light on a wide range of technologies not found in the terrestrial record, including woodworking, cordage and weaving. The preservation of these organic materials indicates a range of technological skills, as well as people’s knowledge of the local environment and the properties of available materials. In addition, for archaeologists, these objects can illuminate other activities; daily practices such as fishing or food gathering, which rarely leave a signature in the terrestrial record.

Furthermore, wood, skins and leather or textile, allow for decoration and individual or group display. As such, through finding these materials in the archaeological record we also gain a glimpse of a variety of artistic styles, expressions of individual and/or group aesthetics and ideology. The discovery of the decorated paddles at Tybrind Vig in Denmark is one remarkable example of this.

The site of Tybrind Vig, located to the west of the island of Fyn in Denmark (see map above), was one of the earliest prehistoric submerged landscapes to be studied. A team of diving archaeologists first surveyed and excavated the site between 1972- 1983. In this part of the Baltic, gradual sea-level rise since the last Ice Age has inundated the prehistoric coastal landscape, burying settlements in soft marine sediments creating an anaerobic environment for preservation. Excavation of the site was a challenge as it currently lies at 2-3 metres below sea-level; however, the team showed that a systematic and accurate excavation could be achieved whilst working underwater on a prehistoric site.

What the team discovered was incredible. Due to the gentle nature of the sea-level rise in this region Late Mesolithic material dating to the Ertebølle Culture (5400-4000 cal BC) was discovered in situ stretching across a site of 180m2. This assemblage of artefacts included wooden tools, decorated paddles, logboats, fishing equipment and textiles, bone and antler, stone tools, pottery with charred food remains and human burials.

The remains of the logboats and paddles suggest that maritime transport was more common than had previously been thought. Several log boats were discovered on site but the Tybrind 1 logboat was the most complete. Tybrind 1 was constructed out of lime wood, with a pointed bow and a cut off stern; it measured 10 metres long by 0.5- 0.65 metres wide with a freeboard of 30 cm. Tool marks on the wood indicated that the boat had been hollowed out to a thickness of 2- 3cm at the centreline thinning to 1- 1.5cm, showing extreme accuracy and skill in construction. As with all the remains of logboats discovered at Tybrind Vig, evidence for a small hearth was discovered at the stern. Some examples even had evidence for two hearths, one at the bow and one at the stern. These hearths may have had something to do with fishing practice, or the transportation of fire; however it is not thought that the boats were hollowed out by burning.

The amount of work that must have been invested into the construction of these boats and the number of fragments of different boats found suggests they may have been a common form of transportation, important to the local Mesolithic community. Tybrind 1 would have been able to carry 6-8 people and could have been paddled or poled. In addition to their use in fishing practices, water transport was often the quickest and easiest way to travel around the landscape allowing social communication and the exchange of goods, ideas and knowledge. The larger boats, with their fine construction may have been status symbols and highly valued.

The Tybrind logboats had been wonderfully preserved, but flattened by the weight of sediment and water. They were carefully excavated in situ then cut into blocks to be lifted and reassembled on shore where they were freeze dried and conserved. They are currently on display at Moesgård Museum in Århus.

As well as the logboats, Tybrind Vig became famous for the preservation of decorated paddles. Some were carved whilst others were stamped with a dark brown pigment, possibly ochre. The patterns seem to combine geometric shapes with sinuous bands, an art style that had not been seen in European Mesolithic art before. Evidence for use and repair of the paddles suggest they were not just for display but were utilised. They may have been reserved for ceremonial use, or perhaps used daily, visually signalling status, an expression of individuality, or as an identifier of social group or family.