This content is taken from the The British Film Institute (BFI) & Into Film's online course, Short Film in Language Teaching. Join the course to learn more.
View course
1.1

BFI is the ‘lead agency’ for film in the UK. We’ve been supporting film culture and education in the U.K. for more than 80 years, from when we established the National Film Archive in 1933, right up to the present day, when we support film production, exhibition and education through National Lottery funds. At our base at BFI Southbank in London, we host three film festivals, a year-round repertory cinema programme, and around 500 education events a year.

Into Film is an education charity that puts film at the heart of children and young people’s educational, cultural and personal development. Over half of UK schools engage with our programme of Into Film Clubs, special cinema screenings, and resources and training to support classroom teaching. Alongside rich online content for young audiences, this provides 5-19 year olds with inspiring opportunities to learn about and with film, and develop a passion for cinema. Into Film’s work is supported principally by the BFI through the National Lottery, and by the film industry through Cinema First.

The Course Team will be supporting you and interacting with you as the course progresses. Most of the course team have also contributed to writing the course itself.

Nadine Chadier, is one of our course Educators. She is also the French lead teacher in charge of the Bilingual Curriculum at St Jérôme Bilingual Primary School in Harrow, and teaches French at Rhodes Avenue Primary. Nadine is an inspiring speaker at conferences and runs on behalf of the Association for Language Learning at the North London Primary Hub.

Jenny Carpenter is an experienced languages teacher who has contributed to a number of national and regional modern languages development and research projects in the UK. She currently works as an independent advisor and consultant. In addition to this Jenny is a regular speaker at national languages conferences. Jenny will be a course Mentor.

Dr Shirley Lawes is an education researcher, consultant and university teacher, specialising in teacher education and modern foreign languages teaching and learning at the University College London Institute of Education. Shirley will also be a course Mentor.

Don’t forget to follow our course team – they’ll be providing feedback and answers in the comments sections throughout the next three weeks. Simply click on their profiles above and click on the Follow button.

This course was designed in association with Into Film. The Into Film contributors are: Simon Richards, Jennifer Johnston

We’d also like to thank Sinead Earley for her contributions to the course. Sinead teaches languages at the Anglo European school in Essex, in South East England. You will see Sinead, and her colleagues and students, in some of the course videos. Sinead was one of the lead teachers on the BFI’s Screening Languages project. 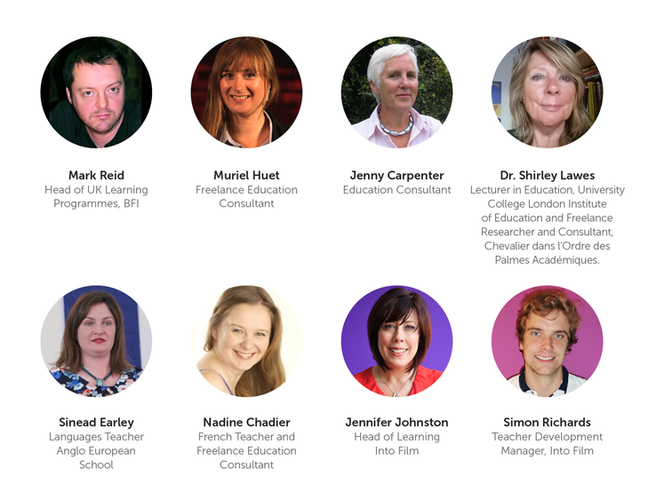 Post a few lines about yourself on the comments section. Are you an educator, parent or teacher? What age group are you teaching? Have you ever used any film for learning before or are you a complete novice? What got you interested in using film to teach languages? What are your hopes and expectations of this course?

It’s great for us to know where we are all from so please post your city and country in the comments section. It’s also really useful for us to know about your job role too, so please take a moment to answer this one poll question.