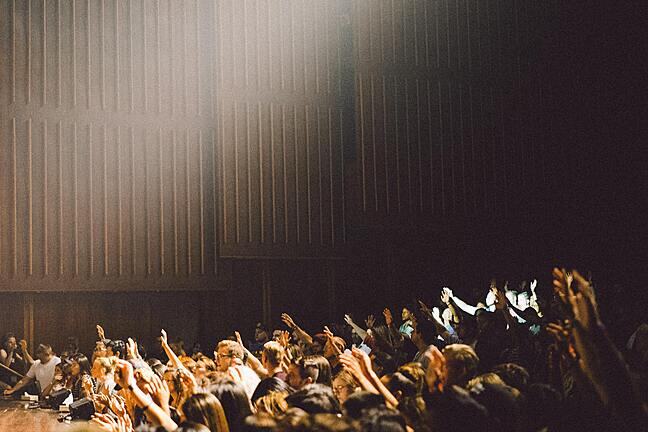 English, unlike many other languages, is not phonetic, meaning that a word will not necessarily be pronounced in the same way that it is written. This can make pronunciation difficult.

In English, the alphabet contains 26 letters; however, there are 44 different single sounds (or phonemes) which include 20 vowel sounds (7 short vowels, 5 long vowels, and 8 diphthongs) and 24 consonant sounds. The English Phonetic Chart below contains all these sounds: 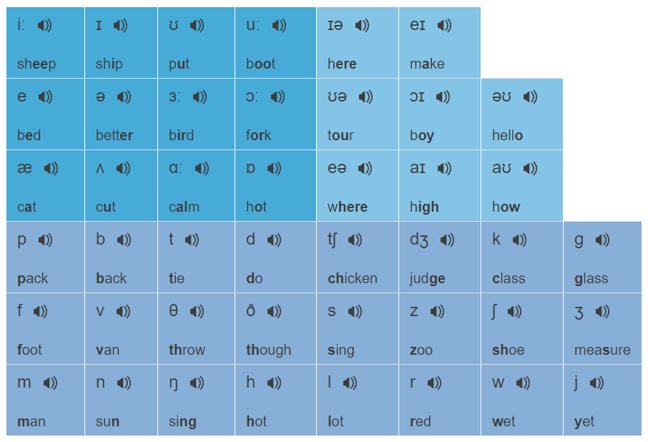 Can you correctly produce all of these sounds?

To check this, follow these steps with each of the sounds:

If the word in step 3 has not been transcribed correctly, it may be a sign that you are not producing this sound properly. To improve this, repeat the steps several times with that same phoneme using different words and sentences.

A consonant cluster is the sequence of two or more consonants, usually within one syllable. They can occur at the beginning (speak, credit, cloudy), in the middle (explain, chapter, handkerchief) or at the end of a word (third, attempts, consonant). There could also be more than one cluster within one word (draft, transform, instruct).

Most consonant clusters are a combination of the letters -l, -r and s- with another consonants:

For a more detailed list of the most common consonant clusters, download the Consonant Clusters handout at the bottom of the page.

Consonant clusters are very common in English and often cause pronunciation problems given that they require a combination of different phonemes (sounds). If a consonant cluster is mispronounced, this can lead to:

Paying attention to consonant clusters, especially in Read Aloud items, can help you achieve a higher mark in the pronunciation component of PTE Academic.

The ending -ed is used to form the past and past participle tenses of regular verbs (e.g. I watched TV last night) or to create certain adjectives (e.g. The students were confused with the question). This ending is often mispronounced, but you can avoid this and improve your pronunciation by following these simple rules:

Rule 3: For all other ending sounds, -ed will sound like /d/:

Looking at the Phonetic Chart above, which sounds do you find most difficult in English? What words are particularly hard for you to pronounce?