The sugar boom in the British island colonies required more (forced) labour for the ever-growing sugar plantation economy. However, during the second half of the seventeenth century, shifting colonial demographics meant that the white British elites were becoming a racial (if ruling) minority within a society of mainly enslaved Africans; a pattern that was seen in other European colonies in the Caribbean.

This article contains historic images of violence. Please feel free to skip this step if necessary.

Fearing a potential uprising or revolt by a Black majority, the planter class needed to ensure social control of the slave community that were overwhelming hostile and not willing to accept their subordinate status. British planters influenced the construction of laws, known as ‘slave codes’, based on sixteenth century English common laws that dealt with English felons, vagrants, vagabonds, and servants that absconded from their duties. Alongside the judicial laws for social control, were unwritten laws and customs that further brutalised the living conditions of Black communities. These traditions and customs in conjunction with legal statutes were created to convince Blacks to accept the European perception that Blacks were inferior or else be punished. As seen in the Spanish, French, Dutch, and Danish colonial islands, these laws quickly came to define the nature of slavery, the position of the enslaved, and the extent of power of slaveholders.

One of the earliest established colonial laws in the Atlantic was for the island of Barbados in 1661, known as An Act for Better Ordering and Governing of Negroes. The Barbados slave code established that enslaved Africans be treated as chattel. 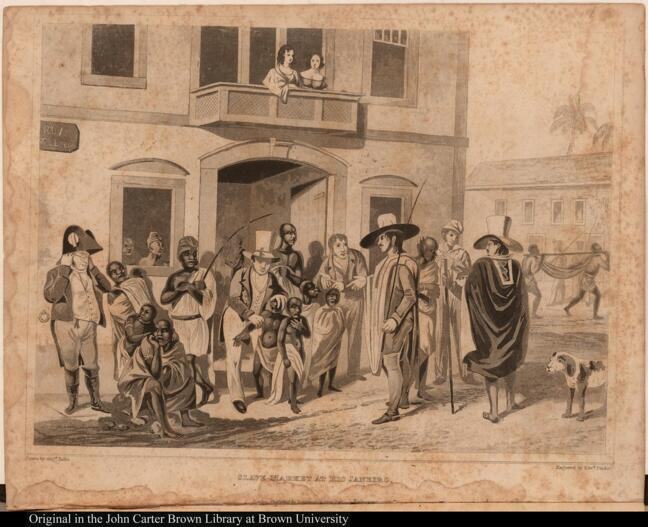 The need for control and subjugation of Blacks was supported by notions of white supremacy and ultimately, any act of violence (as self-defense or otherwise) and legal rights for representation were in the hands of the slaveholders:

[B]eing brutish slaves [they] deserve not for the basenesse of their condition to be tryed by the legall tryall of twelve Men of their appeares or neighborhood which truely neither can be rightly done as the Subjects of England are nor in execution to bee delayed towards them in case of such horrid crimes comitted[.] It is there fore enacted … [that] two Justices shall by their Warrant call to them three able good and legall freeholders shall heare & examine all evidences proofe and testimony of the fact.

If any Negro or slave whatsoever shall offer any violence to any Christian by striking or the like, such Negro or slave shall for his and her first offence be severely whipped by the Constable. For his second offence of that nature he shall be severely whipped his nose slit, and be burned in some part of his face with a hot iron. And being brutish slaves, [they] deserve not, for the baseness of their condition, to be tried by the legal trial of twelve men of their peers, as the subjects of England are. And it is further enacted and ordained that if any Negro or other slave under punishment by his master unfortunately shall suffer in life or member, which seldom happens, no person whatsoever shall be liable to any fine therefore.”*

*In this case, ‘Christian’ means any white (European) person, regardless of class status. What is also important to note is that sanctioned violence included all social aspects of blackness in colonial society, whether free (i.e., ‘Negro’) or enslaved. 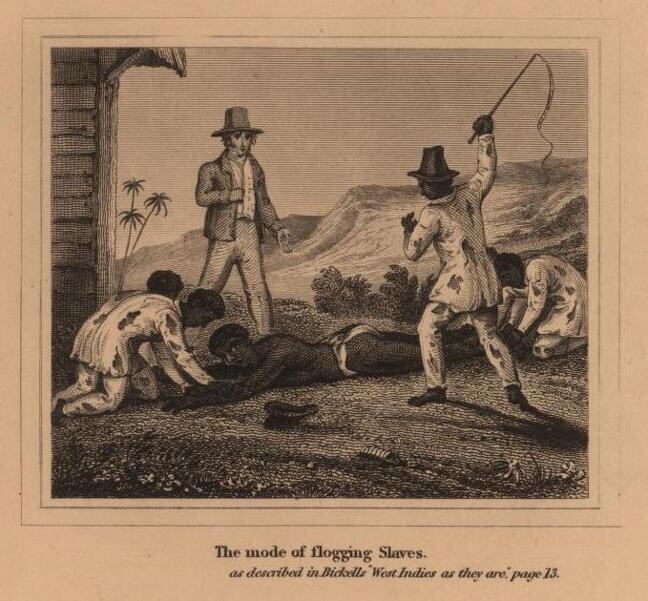 Ultimately, these codes initiated a set of government sanctioned racial discriminate and more importantly, racialised violence that not only affected enslaved Africans but all Blacks, including those born free or legally manumitted (released from enslavement) for nearly two centuries. 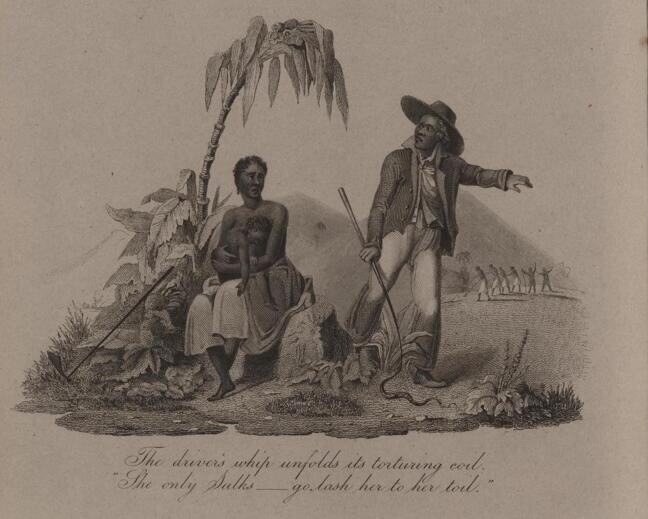 ‘The driver’s whip unfolds its torturing coil. “She only Sulks–go, lash her to her toil.”.’ The Birmingham Female Society for the relief of British negro slaves, Benjamin Hudson, Bull Street, Birmingham, 1828. Courtesy of the John Carter Brown Library

The Barbados Slave Code was adapted to Jamaica and other British colonies in the Caribbean and even to the South Carolina colony as the legal basis for the treatment of enslaved people in many parts of the North American thirteen colonies. Throughout the late seventeenth into much of the eighteenth century, changes to the slave codes were only enacted to further restrict the few liberties of the slave community and make their lives worse. However, due to the extreme work conditions and unregulated murders of enslaved Africans that made for a high Black mortality rate, it wasn’t until the 1780s when some islands implemented some reforms intended to improve the material conditions of the enslaved, reduce the mortality and promote a natural increase in population. The modifications were never consistently applied and thus, the conditions of Blacks did not notably change or improve until after well after slavery ended.