0:05Skip to 0 minutes and 5 seconds The ways, in terms of the means of or modes of enslavement in West Africa, there are number of ways to examine that. But let me start this way. The primary linkage between enslavement and Africa, it’s for people to understand the nature of the political landscape of the continent broadly, but more specifically, West and West Central Africa. You know that if it was in a mathematics class, I’m just gonna say, political violence and the slave trade equals disaster. And subsequent issues that evolve in terms of how many people left? How they were captured and where they ended up in the in the Americas. So let me start this way.

0:54Skip to 0 minutes and 54 seconds Like I said before, to understand enslavement in Africa, it is to understand social fragmentation of the political landscape. What does that mean? The Atlantic slave trade for West Africa began mostly in the 16th century or it might accelerate a little bit in the late 15th century as Europeans expanded and spread towards the Americas. That period itself was unique for many regions of West Africa and what does that mean? it simply means. It was also a period in West Africa where. States more than fair than they emerged. Therefore, the collapse of states in West Africa, or at least the very weak nature of the social formations in West and Central Africa plays a big role in how people become enslaved.

1:54Skip to 1 minute and 54 seconds So let me now add to that. In West Africa, unlike, let’s say the 13th the 14th or even a good part of the 15th early 16th century, when you have big states, or we might even call them empires such as Old Mali, Old Songae The late 16th century marked an era when these old empires, that protects people over a very large landscape disappeared, or at least collapsed. The decline of states or the working of states set in motion in number of series of violence. Of kingdoms fighting kingdoms. Provences attacking another village is attacking each other, so that is one of the ways to see it. The second element, which is also fallout that comes out of the political landscape.

2:54Skip to 2 minutes and 54 seconds It’s the rise of new states but now very small in terms of territory and power. Which means for the 16th, 17th 18th through the early 19th century where Africa, West Africa. We do not have in many parts of those areas big states to hold or maintain peace to use today’s times. One of the advantages of the United Nations in spite of its weaknesses, has been to prevent something as violent or combustible as the 1st or the 2nd World Wars. Because now I have a big quote, unquote body to at least regulate maybe not everywhere, but at least regulate peoples behavior.

3:44Skip to 3 minutes and 44 seconds Those are the things that were not present in many parts of West and Central Africa in the 16th through the 19th century. So the slave trade fed off that violence. The collapse of states. The rise of new ones and tension amongst these competing imagined states. In areas of West and Central Africa where we have. States, relatively to call it states, a Kingdom. There, you have states that could actually mobilize an army. So say 10,000 soldiers, so 5,000 or 20,000 or more. That gradually dispatches troops against neighboring kingdoms or empires. In such areas warfare featured a lot. And that also means that many victims of warfare, often people are employed, mobilized in the military so young men.

4:49Skip to 4 minutes and 49 seconds So let’s say between ages. 17 or through to their 40s or maybe, but maybe at best or early 50s. Whereas when you go to sorry just before that. that also means that people could also be captured in large numbers at once. So it’s like you know. I mean no, the soldiers arrived reality the the West, Africa. It’s usually an overnight journey.

5:18Skip to 5 minutes and 18 seconds So they get to the village, no rough around 3:00 AM. Lay ambush. And then as people wake up for the Muslims weather for the early prayer or people going to the farmer going to fetch water. The invaders set houses on fire. These are houses built of. leaves or grass or thatch at best. And then as people sort of know, get confused in terms of jeez this is fire. What’s going on? And running through the gates know that know they are captured. You also find in many societies where? It’s mostly women and seniors that were captured, why?

6:00Skip to 6 minutes and 0 seconds In many parts of West Africa, on the Eve of war, because there are always rumors of wars every time and sometimes folk will actually predict, oh you know, what. We’ve seen people from Oyo Kingdom. They’ve moved as far as 3 kilometers away. What people do West Africa. It’s as soon as that rumors know reached the streets. Women, children, seniors and the sick. They are quickly mobilized an asked to leave. So we try to get them into safety as much as possible.

6:36Skip to 6 minutes and 36 seconds Because this was a popular Feature so people could also predict, that what we have to do is we should just wait not too far away from that village because we’re going to see, their women their seniors and their children approaching. Try to run into safety. So that’s one thing. In non centralized societies like the Aibo area. Kidnapping it, it’s easier to kidnap a woman, A child than to kidnap a 30 or 40 year old strong guy. So that’s one of the major major difference is that we do see. 2nd. In terms of who are the enslaved? The primary goal of slavery is to profit. From the labor of the enslaved. Whether the value of the enslaved in terms of cash.

7:34Skip to 7 minutes and 34 seconds Or their value in terms of what they can physically or carry out on the farms or in trade or transportation. So again, thinking of people between ages 14 and early 50s

7:49Skip to 7 minutes and 49 seconds In fact, in West Africa there have been from my own studies at times. Even when soldiers invade a town or village, they simply ignore the very least seniors. They just abandoned them. Very sad, leaving them to die without care. Let me give you a third example, just very short. This was late in the 19th century. This is actually somebody up studied.

8:14Skip to 8 minutes and 14 seconds For several years, he was also a slave trader and this was in the 1830s, 1840s and early 1850s. A big slave trader. And then in 1848 he met some Anglican pastors He converted to Christianity and stopped selling slaves.

8:39Skip to 8 minutes and 39 seconds And then that time in 1851, there was war between Abeokuta and Dahomey. In modern Republic of Benin, just the Kingdom across the border.

8:50Skip to 8 minutes and 50 seconds In which this guy does Desilu was his name. Joined a Christian platoon set up by missionary pastor or Henry chancing. So he was a Christian soldier.

9:05Skip to 9 minutes and 5 seconds In battle, the Christians sought to differentiate themselves from non Christians, know they had you know European Shades and pants.

9:15Skip to 9 minutes and 15 seconds So he was captured in battle. And taken to Dahomey And from Dahomey he sent back home. Listen, I’ve been captured I’m in X place. They couldn’t free him because just as we found in the Americas slave masters do give their slaves new names.

9:39Skip to 9 minutes and 39 seconds This guy’s original name was Desilu. Becauses in war he had a European shirt and trouser on him, they thought he was a clergyman. So they change his name to Hogan, which means priest. So for three years there are messages back and forth between Dahomey and Abeokuta Abeokuta people are going to Dahomey searching for Desilu. Dahomey said we don’t have a Desilu? You know, in captivity we have Hogan. The guy in his family did not know they changed his name to Hogan. So for three years I mean the negotiations back and forth and they couldn’t free him to cut the story short. In 1854 he was sold to Cuba. He arrived in Cuba. A couple of months or weeks later.

10:31Skip to 10 minutes and 31 seconds There were a group of Yoruba now freed? Freed Are returning back to Africa?

10:42Skip to 10 minutes and 42 seconds Through one of these guys, one of the returnees he wrote a letter that he gave them please. When you get to Africa take this letter to go say hi to my mom, say hi to my wife, say hi to my family but more specifically give this letter to the head of the Anglican mission in Yuroba and. They give the letter to Charles Gorman in German, would head of the Yuroba mission. There, the Christian of the church and a judge took action. They sent a letter to the CMS headquarters in London. The CMS in London spoke with the Colonial Office in London. The Colonial Office in London contacted the High Commissioner in Cuba. Please search for this guy.

11:31Skip to 11 minutes and 31 seconds He’s one of my own. It took the commissioner the British Council. Now it took him I think three, six months or so. He found him. They sent you back to Africa.

This video introduces the circumstances in which people were enslaved in West Africa. Watch Professor Olatunji Ojo explain more.

When reading histories of slavery, enslaved people are sometimes referred to as ‘slaves’. This language is now changing in academic literature, and in the media. The reason for this change is a growing awareness that the language we use to describe slavery may have harmful effects. In the case of ‘slave’, the problem is that using this word suggests that this is all the person is or was. It also hides the act of enslaving someone from the reader’s attention. When we say ‘enslaved people’, instead of slaves, it draws attention to the fact that enslaving another person was an active choice. Even in cases where enslaved people had children, and those babies were enslaved from birth, we can say ‘assigned slave status at birth’, because slave status is something imposed upon a child, not something with which a child is born. 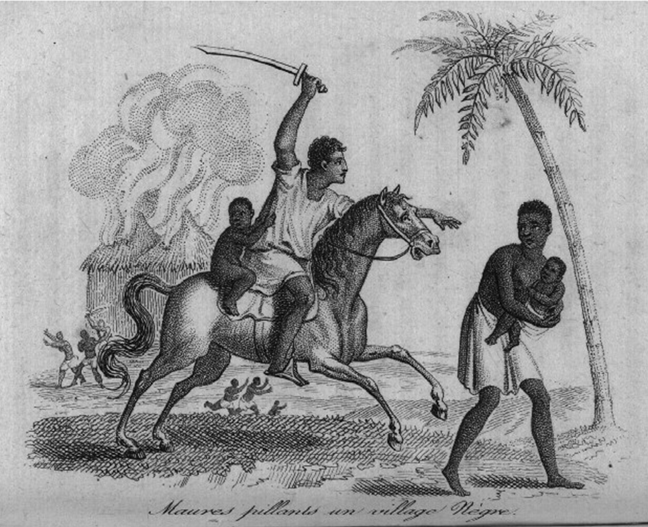 Professor Olatunji Ojo is an Associate Professor of African History at Brock University. His research interests, which include slavery, ethnicity and identity formation, religion and gender, center on the history of social and economic change.

His recent publications include: