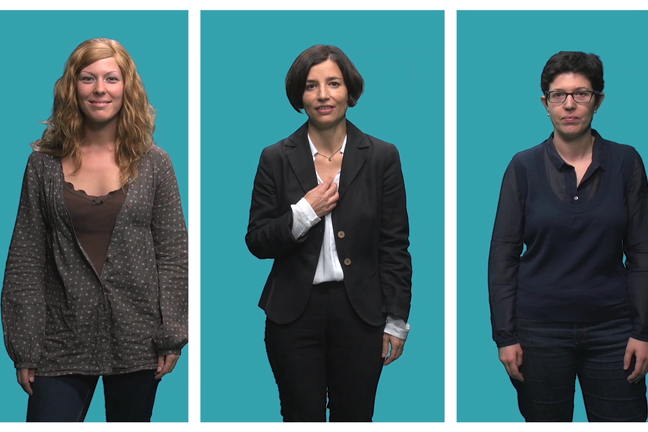 In this step, you can find out more about the educators who will be guiding you through the next four weeks.

Ester Oliveras has been associate professor of Accounting in the Pompeu Fabra University for the last 18 years. Ester holds a Ph.D. from the University of Central Lancashire (United Kingdom). She has had research appointments at Imperial Business School and at Edinburgh University. Ester has led competitive research projects both at national and international level in the area of financial economics and accounting as well numerous educational research projects derived from her position as Vice Dean of the School of Business and Economics at UPF. Her research areas are international accounting, social accounting social and new approaches to higher education. Ester has published in prestigious journals and has participated in several national and international conferences.

Over the last three years, Ester has worked on a European project related to the introduction of a social local currency to help reduce unemployment in specific economic areas more affected with the economic crisis.

In 2016, Ester started leading the Yunus Social Business City Barcelona (YSBC), an academic network of various universities with the objective to research and teach in the area of Social Entrepreneurship and Social Business.

Paula has worked for eight years (2002-2011) at Fundació Un Sol Món (the foundation of one of the majors savings bank in Spain) in different areas: microcredit, venture capital for social business, research and dissemination. Then, for five years (2011 to 2016) she has worked at the Fundació Jaume Bofill (a foundation for educational projects) where she led a successful pilot program for reading comprehension with more than 1,000 volunteers and has modeled for his reply in a social franchise model; she has also coordinated several impact evaluations of educational programs, and has worked on a lobby project in the vocational training area. In 2016, she joined Tandem Social, a cooperative that provides consulting to organizations and social business and has become the director of Social Business City Barcelona.

Since 2008 she has been Professor of Economics at the Universitat Autònoma de Barcelona.

Andrea Balletbò holds a degree in Humanities from University Pompeu Fabra. In 2009 she obtained a Master’s in International Relations from the Barcelona Institute of International Studies (IBEI). In 2010, she became a postgraduate in International Development at the Polytechnic University of Catalonia. In 2014 she received an MBA from ESADE, having completed an exchange program in the Indian School of Business (Hyderabad and Mohali, India).

In 2007 Andrea worked at Fundació Un Sol Món (the foundation of one of the major banks in Spain), participating in the Social Inclusion Observatory, where she developed a research of social business Roba Amiga. In 2009, she worked as researcher in the Third Sector Observatory. In early 2010, she became project manager at Indeed Social Consulting, where she developed research based on qualitative and quantitative techniques in ​​the fields of the Third Sector, Public Administration and Corporate Social Responsibility. Between 2006 and 2011 she was in charge of the accountability of the family business, RDC, an advertising and communication company. Finally, since 2016 has been an associated teacher at University Pompeu Fabra.

Since 2011, she has been a member of Tandem Social, a non-profit cooperative that offers consultancy services to social projects and social businesses with the aim of transforming our society.

Anna Busquets is Lecturer in the Arts and Humanities Department at Open University of Catalonia. In 2003, Anna designed the UOC’s East Asian Studies Program, which she directed between 2003 and 2009.

Social Business: a Sustainable Way to Face the Most Pressing Needs of Our Time

From social needs and human capabilities to the theory of change