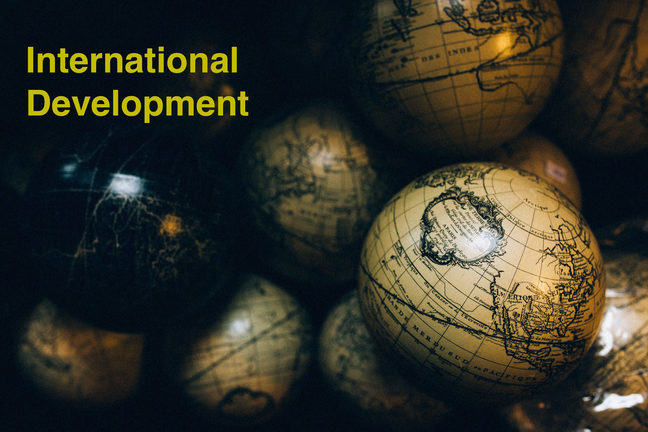 Historically, a variety of different terms have been used to describe countries at varying levels of development. You may have heard terms like ‘First World’ and ‘Third World’, for example. These labels emerged from the Cold War era, and although we still sometimes hear them used today, they have largely been replaced by a terminology of ‘developed’ and ‘developing’ nations. Because of their geographic distribution, in part a product of colonial histories, these two groups of countries are also sometimes referred to as the Global North and the Global South.

But what, exactly, does it mean to be ‘more’ or ‘less’ developed? This question generates a lot of debate among academics and others in the international development field. While some scholars and policymakers have looked at purely economic measures such as Gross Domestic Product (GDP) per capita to describe a country’s growth, others have pointed out that these indices do not account for factors such as health, literacy, environment, or socio-economic inequality.

As definitions and frameworks evolve, one persistent problem in the field of international development policy is that it often reinforces a divide between the Global North and the Global South. In discussions of global challenges, the Global North is often represented as a source of monetary aid and a model for emulation, despite the challenges of poverty and inequality that still beset many ‘developed’ nations. The Global South, on the other hand, is viewed as a needy recipient, even though it is actually a source of diverse local solutions to development issues.

As we will see in the next step, however, social enterprise is one field in which both the Global North and the Global South can and do participate as contributors to novel solutions in the development field.