This content is taken from the Living in Minca & Biji-biji Initiative's online course, Social Innovation: Global Solutions for a Sustainable Future. Join the course to learn more.
View course
2.12 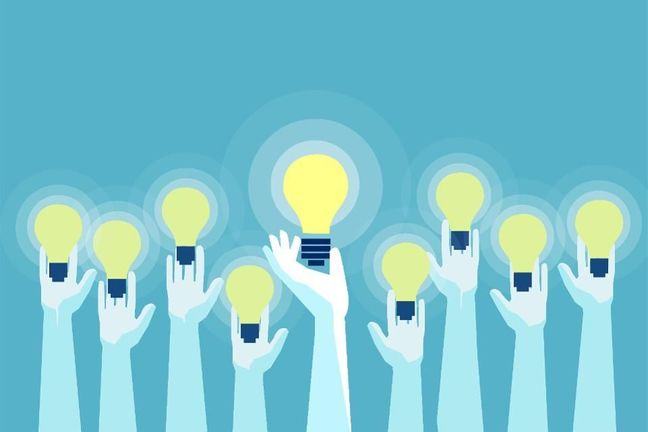 No, it’s not a spelling mistake, this report isn’t meant to tell you about being a social entrepreneur, but a social intrapreneur instead. Now you might not be familiar with this phrase, so let me tell you more about it. An intrapreneur is basically an employee that is given the green light and support to create a new product, line of service, or implement a new initiative without having to worry about whether or not that particular project will bring profits to the company. The intrapreneur still continues his/her day-to-day job while working on the project, and will still receive their salary, regardless of whether or not the project succeeds.

The term intrapreneurship gained traction when Steve Jobs used the term to describe his Macintosh team. A product of a successful intrapreneurship is surprisingly, Gmail. Paul Buchheit, the creator, used the time given for personal projects by Google to work on this project in 2001. In 2004, he successfully launched Gmail and it is now the most common email globally. Another example of intrapreneurship can be seen in Microsoft, where Tamara DiCaprio initiated a reporting practice that charged every business unit and held them fiscally accountable for their energy consumption. The proceeds from this “carbon fee” goes into a fund for purchasing renewable energy and carbon offsets. The results from this initiative was astounding, in the first 3 years alone, Microsoft managed to reduce company-wide carbon emissions by 7.5 million metric tonnes of carbon dioxide equivalent (mtCO2e).

So, the next question is: What is a Social Intrapreneur?

Unlike a typical intrapreneur, a social intrapreneur is an employee within an institution, be it corporate, public or non-profit, that starts initiatives that focuses on social or environmental impact while maintaining and moving the institution’s goals and mission forward.

Why is Social Intrapreneurship important for companies?

For almost any organisation, the key goal is to constantly improve and stay relevant in their particular industry/sector. However, sustainability and the motion to embrace it alongside contributing to social change is gaining traction nowadays so the role of the social intrapreneur has increased greatly in importance.

It is pretty common to hear of talented employees that have job roles and opportunities that aren’t suited to their professional and personal ambitions. Thus after a few years learning the tools of the trade in their respective companies, they leave and start their own enterprise, and more commonly these days, social enterprises. Even though this move has benefitted the entrepreneurs and the market/industry/society they serve, it is becoming a huge crutch to the companies they left behind, as they are facing a new crop of highly competitive businesses that targets the very same market, as well as more and more talented yet unsatisfied employees leaving their company for the start-ups. With that said, companies should encourage and support innovation and intrapreneurship from anyone and everyone in the company, and not bury them in the hierarchy where they are unable to exercise creative thinking, increasing unsatisfaction with the company and their job.

Thus, encouraging intrapreneurship within your company can only bring benefits. Other than retaining talented and creative employees, by encouraging intrapreneurship, you are able to set the tone for your company as that of a forward and free-thinker with no restrictions and prohibitions on creativity and innovation. Intrapreneurship empowers employees to identify potential opportunities and actions to tap into those opportunities, and not be afraid to speak out and risk losing their job.

Convincing management to support your intrapreneurship

Search for managers in your organisation who have greater ambitions and vision for the company. There should be someone who shares the same entrepreneurial mentality as you. There only needs to be one person in a high enough position to sponsor your idea. Usually that sponsor can provide enough resources to fund 1 or 2 pilot teams to work on this idea. It is always better to secure internal sponsors as early as possible and get them involved as they can lead you to key stakeholders that can benefit your company.

As an employee in a company, especially one which might not have an intrapreneurial culture, it might be hard to get approval the first, second or third time. You must stay persistent and stick to your ideals. Warren Bennis, an advisor to 4 different US presidents, said “Innovation by definition will not be accepted at first. It takes repeated attempts, endless demonstrations, monotonous rehearsals before innovation can be accepted and internalized by an organization. This requires courageous patience.” Showing persistence shows your drive to carry out the project to its completion, and not give up halfway. Show your investors that it’s worth the risk to invest in you.

If you are unable to find a sponsor within your company, don’t be afraid to reach towards outside connections. Is there anyone in your field or industry that might really like this idea? Or maybe an innovator who shares your passion? Even if the search for internal sponsors have failed, find the right sponsors and external partners that can help mitigate the failures that will come. Even the most successful of people have mentors/support of their own. Sometimes it’s better to focus your energy on identifying the correct people you need, even if they’re outside your company, rather than wasting time on trying to change people’s minds.

“It’s easier to ask for forgiveness than permission”. Sometimes you’re better off testing out your idea first, then once it starts to gain traction, and management starts to see the viability of your ideas, that’s when they will participate and provide you with the support you need.

Benefits of being a social intrapreneur

More stability and resources than an entrepreneur

Many people want to be entrepreneurs, however, it’s not the right fit for everyone. Being an intrapreneur allows you the chance to test out being an entrepreneur without all the associated risks of leaving your job, investing your own money and starting from scratch. You can test the waters while having a safety net and also access to more resources and a larger platform to start with.

Everyone wants to have their input heard, launching a successful intrapreneurial project will give you the opportunity to shape the strategic direction of an established company, your words will have more weight to it, and people will listen to you more often. Not only that, it opens the doors to new opportunities everywhere. It will greatly build your resume and establish your name as a top talent in the industry.