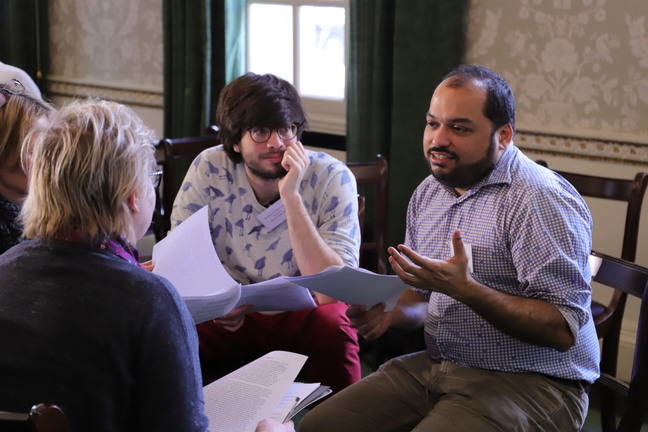 In this step, you will be taken through the stages of conducting an example realist review to understand how back-up/delayed prescriptions are used in UK primary care: what works for whom, in what circumstances, in what respects, and how.

The research presented here is part of a grant that is funded by the Economic and Social Research Council (ESRC) as part of The Antimicrobial Resistance Cross Council Initiative which is supported by the seven research councils in partnership with other funders.

In this example realist review, the research team clarified the scope by discussing a number of different considerations such as: 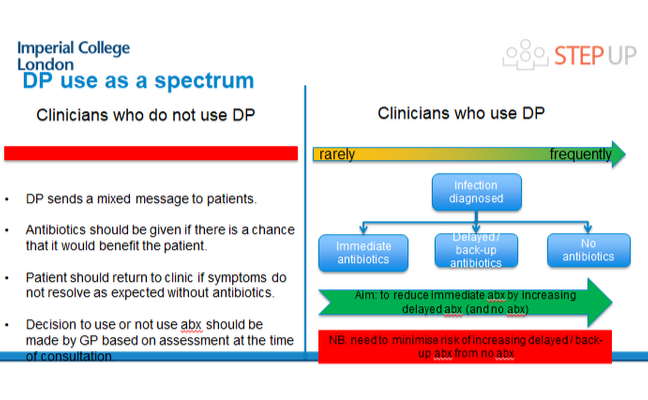 Figure 1 - Delayed prescription use as a spectrum

An initial programme theory was then developed based on a preliminary literature search and relevant experience of the team. This basically mapped potential relationships between some of the key barriers and facilitators for using a back-up prescription.

Stage 2 & 3 – Search for evidence, and appraise and select the evidence

To demonstrate the range of evidence that could be included, the example realist review search led to the following evidence being used:

Despite several randomised controlled studies evidencing the effectiveness of using back-up prescription as an alternative strategy to immediate antibiotics, many did not describe how back-up prescriptions were used in sufficient detail. The feedback from interviews, stakeholders and citizens proved invaluable in filling in some of the gaps between research and clinical practice.

Example early data extraction and coding is illustrated in figures 2 and 3 using the process described in the previous step. 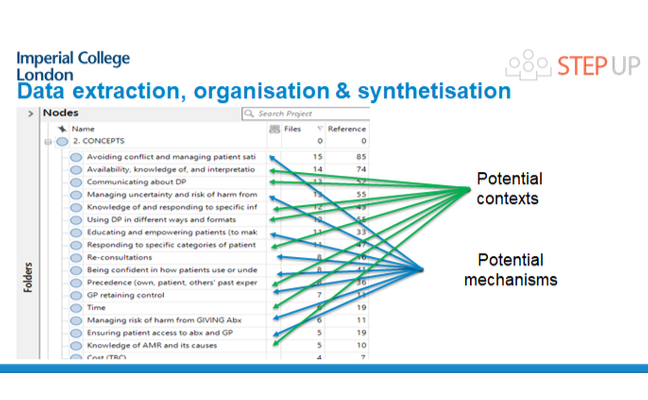 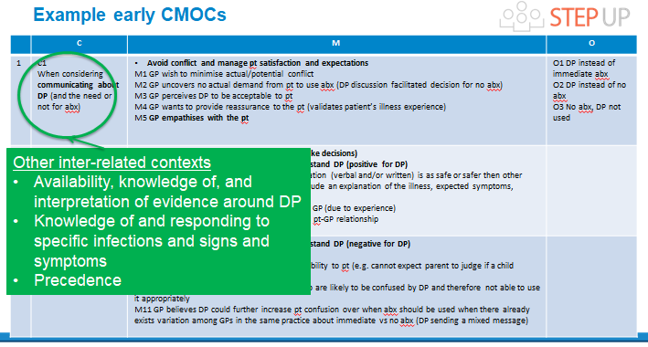 The current programme theory shows six interacting constructs that explain how prescribers in primary care shift their decision to prescribe immediate, back-up/delayed, or no antibiotics (figure 4): tolerance of risk of negative consequences; perceived illness severity; diagnostic uncertainty; workload; patient expectations; and patient’s ability to use a back-up/delayed prescription appropriately. Targeting one or more of the identified constructs that is most relevant to the context in which back-up antibiotic prescription is being promoted could lead to positive changes in prescribing behaviour in primary care. 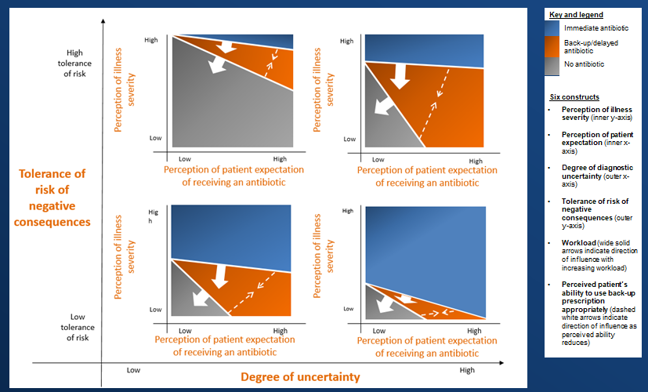 Figure 4 - Decisions to prescribe immediate, delayed, or no antibiotics, and factors which affect this

Please find optional additional reading on this topic in the see also section below.

Please find a pdf of the images used in this article in the downloads section below.