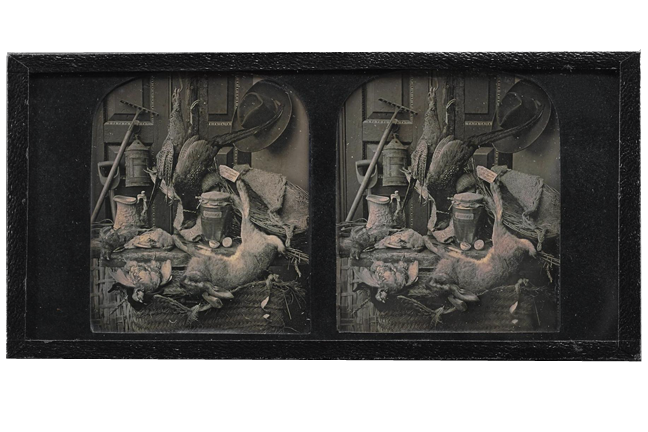 Thomas Richard Williams (1824-1871) was born in Blackfriars, in the City of London. He was apprenticed to the London daguerreotypist Antoine Claudet whose own interests in photography and the development of stereo photography greatly influenced the younger man.

By 1851, Williams had set up in business in London in his own name, and was involved in photography at the Crystal Palace, built to house the Great Exhibition of London, in that same year. Williams went on to develop his own programme of commercial stereo photography for the newly-invented stereoscope. His early First Series stereographs appeared as both daguerreotypes and as albumen prints; this comic stereo (below) is no. 18 from that series: 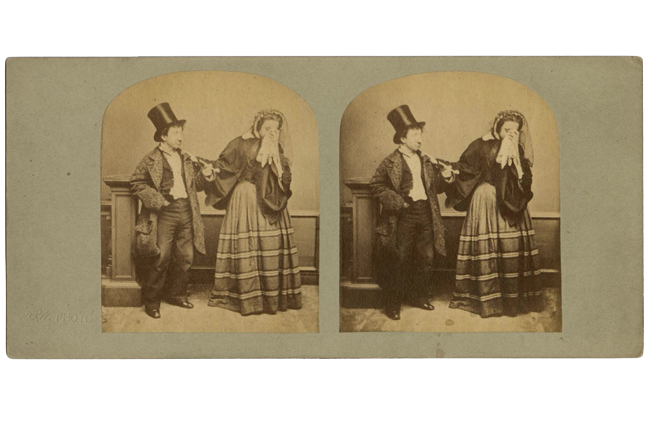 This image is described as: ‘Mr Lovejoy expresses his indignation, and asserts he was never more sober in all his life, and will not permit Mrs Lovejoy to disturb him in the quiet enjoyment of his friends, or fetch him home at unreasonable hours when he is beginning to feel himself comfortable’.

‘Mr and Mrs Lovejoy’ may have been one of the first posed, 19th century comic tableaux images.

What do you think about the sentiments expressed in ‘Mr and Mrs Lovejoy’? Share your comments in this section.

In 1854 the Great Exhibition pavilion, the Crystal Palace, was rebuilt in Sydenham, south London. Here, below, are two stereo images of the Crystal Palace - the first is unsigned and may have been taken either by TR Williams or William England. It was sold by The London Stereoscopic Company and their trade label is on the reverse. 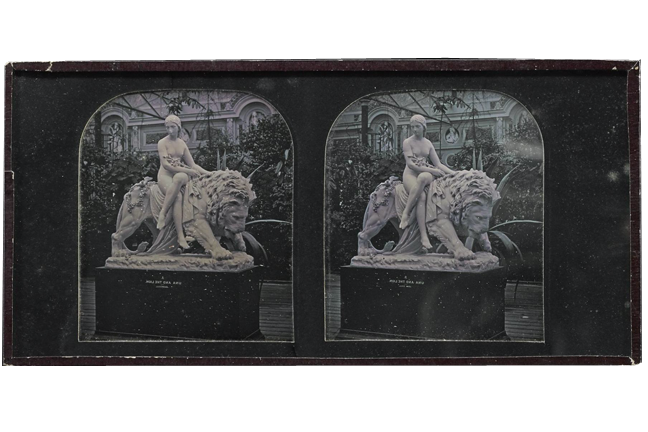 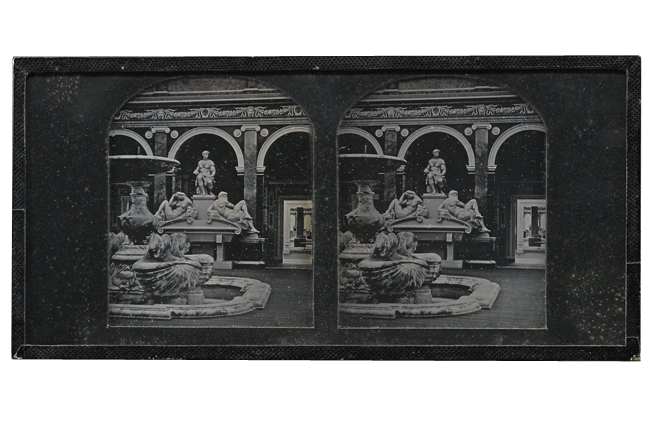