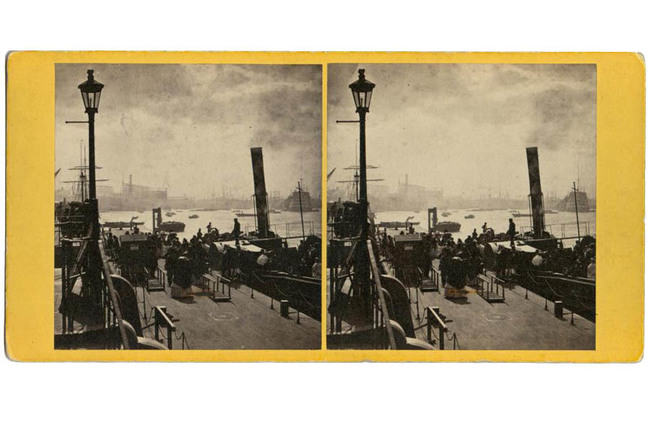 Stereocard depicting the arrival of a boat on the Thames at Greenwich, London, by George Washington Wilson & Co., Aberdeen. IL.2003.44.6.1.259

Britain in stereo: industry and technology

Britain led the world in technology and engineering during Queen Victoria’s reign (1837-1901) and many of the greatest achievements were captured in stereo images.

Manchester, seen here below, was just one of the many cities which became dominated by heavy industry and manufacturing. 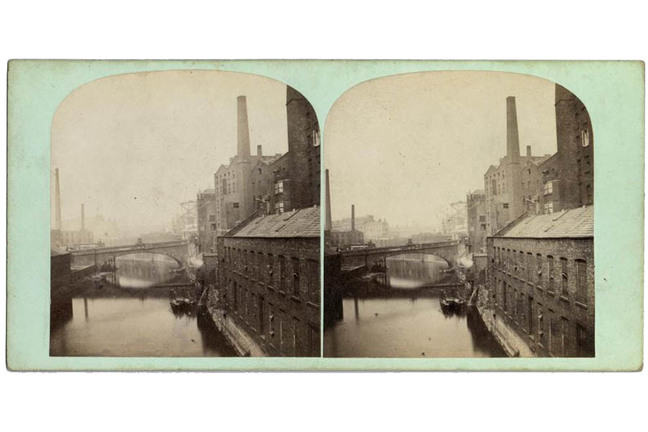 Museums celebrating modern technology were built in London and Edinburgh, amongst other Victorian cities. The view below shows what was then known as the Museum of Science and Art - now the National Museum of Scotland in Edinburgh, that celebrated 150 years in 2016. 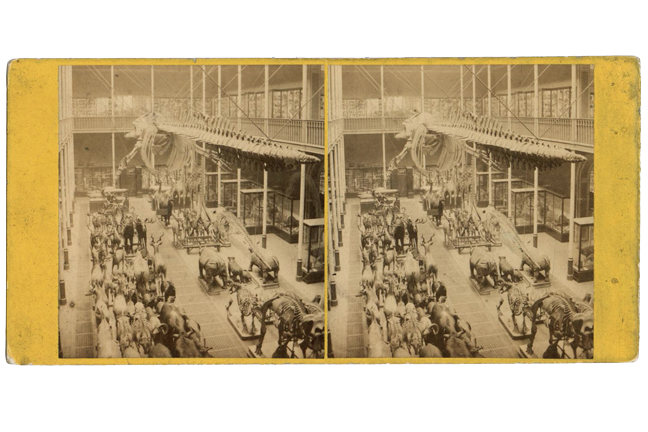 Image: Natural History gallery in the east wing of the Museum of Science and Art. Stereocard of the Art and Science Museum, Edinburgh by H Gordon, Aberdeen. Shows a ground floor gallery and balcony of natural history specimens, both taxidermy and skeletal. D.2015.4 © National Museums Scotland

This stereocard (below) depicts the massive Great Eastern steam ship (known as the Leviathan). It was designed by English mechanical and civil engineer, Isambard Kingdom Brunel (1806 – 1859) as a passenger vessel, but spent most of her career afloat as a cable-laying ship. 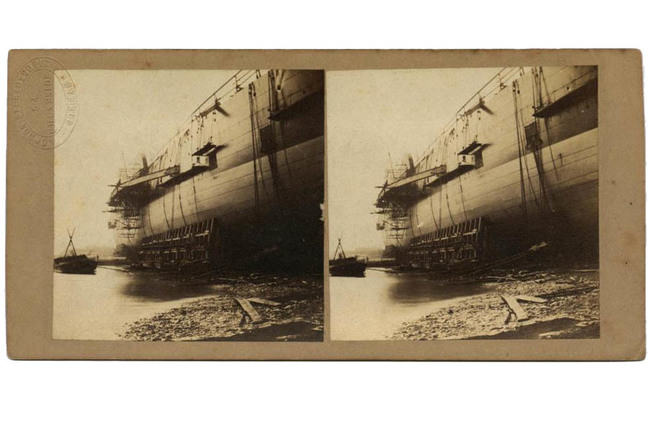 Here is Brunel, depicted in a carte-de-viste, posing in front of the ship’s massive chains: 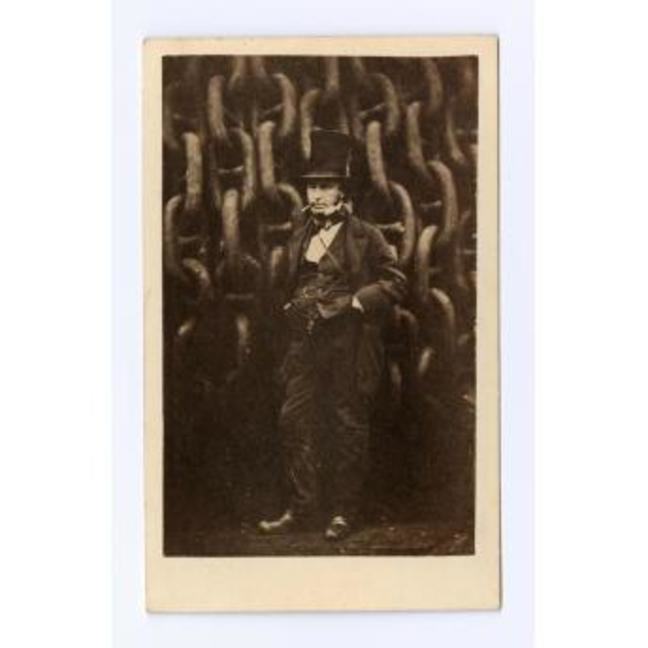 And here is another stereo image of his ship, at sea: 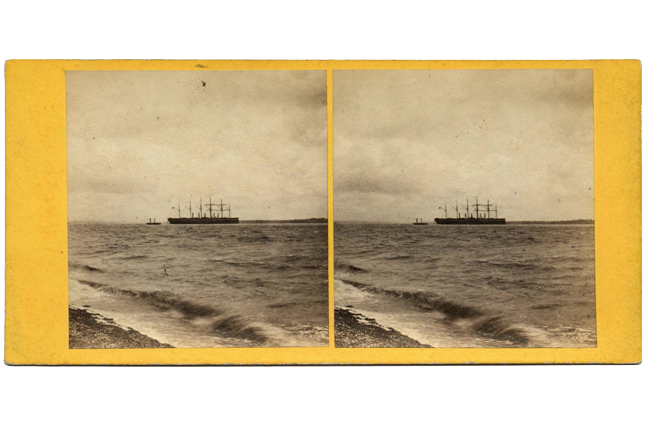 The Royal Albert Bridge across the Tamar between Cornwall and Devon, below, was also designed by Isambard Kingdom Brunel, to carry the railway. Surveying started in 1848 and construction commenced in 1854. The first main span was positioned in 1857 and the completed bridge was opened by Prince Albert on 2 May 1859.

Brunel himself crossed the bridge, in an open wagon, two days later; he died on 5 September 1859. His bridge is still in operation today. 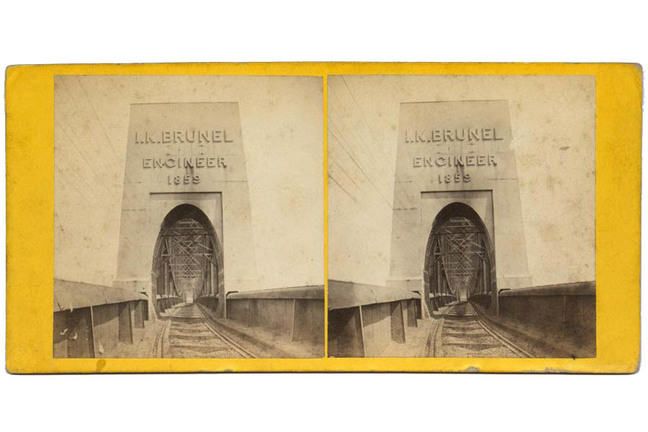 The introduction of the railways to Britain was also recorded through the photographer’s lens. As they became the most popular means of transport for goods and people throughout the Victorian era, so they captured the imagination of photographer and public alike. 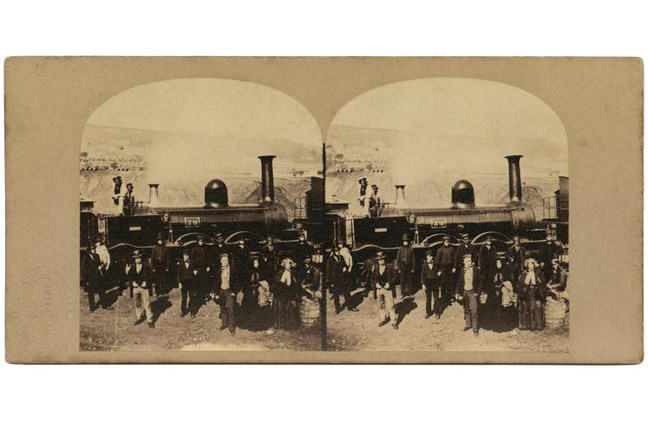 Understand the importance of copyright and learn its history, from the Renaissance to the Internet, with this free online course.