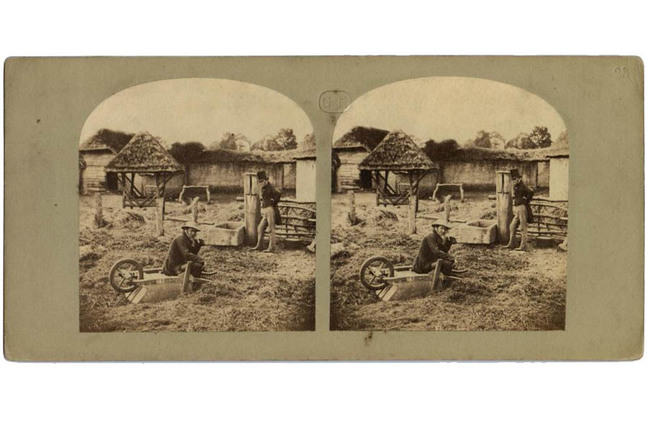 The Straw Yard, by TR Williams ‘Now that at length his harvest work is done, / His straw-yard yielding shelter from the sun'

Now that at length our harvest work is done

Well done on reaching this stage! If you haven’t yet finished each activity then you can still go back and do so.

For those who have completed each step so far, congratulations! We have one final quiz coming up next, to test your knowledge across the whole course and a final discussion session.

Denis Pellerin mentioned in The Victorian Stereo Sensation that everything under the sun, even the sun itself was photographed for the stereoscope.

We don’t have stereos of the sun, but we thought you might enjoy a selection of lunar glass stereos, as our course draws to an end. 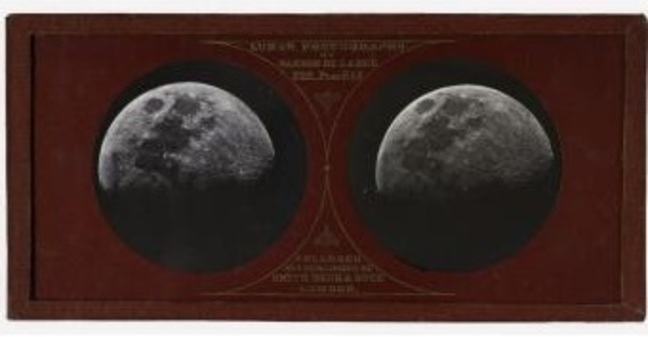 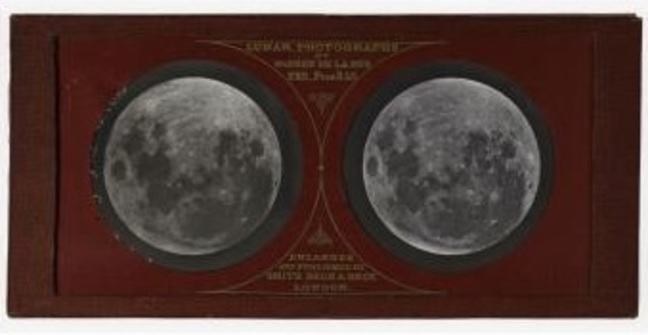 The stereocard craze began to decline in the late 1860s, although stereo continued to be produced in to the 20th century with a revival at the turn of the century. As we have seen, stereoscopy influenced later developments such as 3D film and Google Cardboard (other methods are available). The London Stereoscopic Society, established in 1854 was dissolved in 1922, but restored under new management in 2008 and today is led by Dr Brian May CBE and Denis Pellerin - see London Stereoscopic Company

Over the past two weeks, we have understood how stereoscopy works, how stereo images trick us in to seeing in 3D. We have followed the rise of stereo photography, from the rare and expensive daguerreotypes and stereo ambrotypes, through to albumen prints and French tissue stereos.

We have also explored the work of some of the foremost practitioners of stereo photography, people who travelled the world to capture images, created their own elaborate still lifes and humorous comments on contemporary life or were inspired by art and literature.

Don’t forget to complete the quiz and take part in our final discussion. You will also find our end of course survey in Step 2.29. Please do fill this in and let us know what you think about this course.