This content is taken from the The University of Glasgow's online course, Study Medicine: Applying for Medical School and Becoming a Medical Student. Join the course to learn more.
View course
1.15 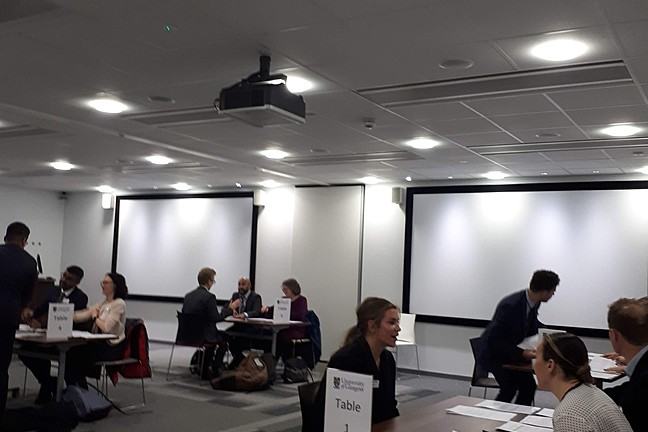 Due to the volume of applications that the medical schools receive, it’s an achievement in itself to be called in for an interview, so well done!

Some applicants regard interviews most nerve-wracking component of the application process. It’s important to compose yourself well, speak clearly and show that you are prepared. Interviews are seen by admissions staff as a great way of getting you talk about achievements while looking into your communication skills and aptitude for medicine.

There are a great many sample questions and interview preparation websites out there, which is great in many ways, but can be a hindrance as well because you can come across as over-rehearsed. So the interviewers often look to take a different approach in order to avoid the risk of talking to somebody who just tells them what they want to hear.

Study the invitation letter carefully – it often tells you about interview format and might even list the topics to be covered on the day. While traditional interviews will take the form of a conversation with one or two members of staff, the Multiple Mini Interviews (MMIs) will involve several mini-interviews in quick succession, depending on the number of stations employed by the institution in question. The number of stations varies from 4 (minimum) to 10 and on average you will spend 6-7 min at each, discussing situational scenarios, role playing and demonstrating your communication skills.

These resemble job interviews and you’ll likely be asked questions about your background and goals - why you want to study medicine, what started your passion for the profession, and what your ambitions are. The interviewers will want to discuss topics such as medical ethics, advancements and key hot topics or current affairs. You’ll also be asked about your work experience, your motivation, your hobbies and interests, and ways in which you’ve worked through problems and challenges. Questions like “give me an example of when you worked with a team to achieve a common goal” or “tell us about a time where you coped under considerable pressure and how did you deal with the situation” are a good vehicle to start a conversation.

It is probably best to think about key moments that occurred during your work experience (if any) or in your personal life and reflect on these (i.e., difficulties in school and how you’ve coped with a challenge). Anything which displays empathy and care is considered very important for those wishing to work in healthcare setting and therefore the ability to reflect and analyse your actions and draw conclusions from these, will be viewed very favourably by the interviewers.

If you are invited to an interview in Glasgow, after you register you will be accompanied to a waiting room to join other candidates. You will be interviewed by two panels, swapping mid-point, with two interviewers on each panel. There will be multiple interview desks in the room and simultaneously 7-8 candidates will be assessed. The interview session lasts around 30 minutes in total which will include time for reading the scenario you are expected to discuss. 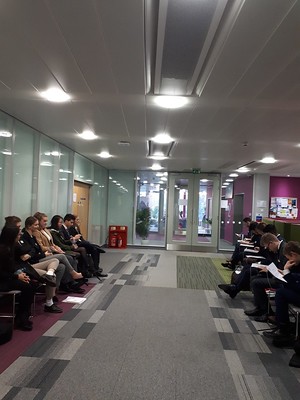 Oxbridge medical courses are a bit different – as they are more research focussed, the interviewers want to assess applicant’s cognitive abilities and critical thinking skills as well as discuss various ethical scenarios. The questions might be difficult to answer, but it is the discussions with the interviewers and your thought trail that they are interested in, so best to elaborate on your thinking as much as you can.

As said earlier, the MMI approach involves a number of short independent assessments in a timed circuit generating an aggregate score. At each station, an interviewer scores the candidates against predefined criteria and assesses applicant’s ability to tackle problems under time pressure and respond quickly to different situations. While the prospect of interacting with multiple members of staff may seem daunting, many quite like this method of interview as there is a chance to ‘bounce back’ from one not as successful a station.

There are different types of stations in MMI: a situational one asks candidates what they would do in a situation in response to a hypothetical scenario, while a behavioural station will ask to reflect on something that has previously happened to them. Or you might be asked to role-play or do a task (for example, you may be asked to instruct the interviewer how to tie a bow without pointing or touching).

Whichever interview style you are preparing for, it is a good idea to keep up to date on current news stories surrounding medicine, medical schools and the NHS. There’s a very good chance you’ll be asked to discuss a question on NHS budget, various public health issues and current pandemic and the vaccine development, or on antibiotic resistance; maybe the Bawa-Garba case or the Alfie Evans case will come up – it is a good idea to read student BMJ or other resources, follow medical news items, for instance from the BBC or publications from the BMA. You don’t have to have a definitive answer to each question asked - most of these topics are controversial and polarise opinions - but knowing the basic facts of popular topics and showing that you try to keep up with the news/literature and are prepared to discuss them to the best of your abilities, will keep you in good stead with the interviewers!

Prepare for undertaking an International Health Elective, in this course developed in collaboration with King's College London