This content is taken from the Partnership for Advanced Computing in Europe (PRACE), The University of Edinburgh & SURFsara's online course, Supercomputing. Join the course to learn more.
View course
3.3 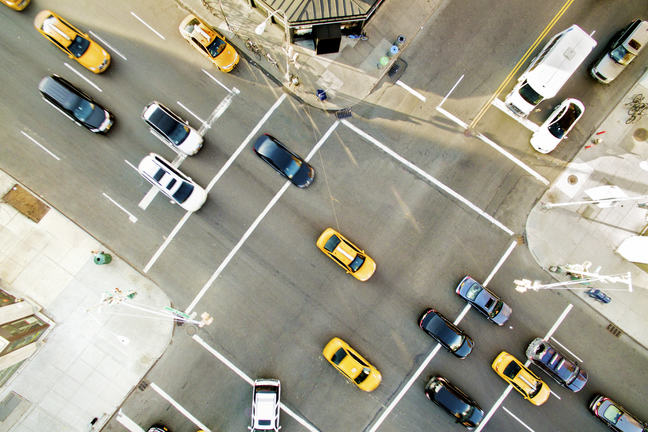 Now we are going to consider how to parallelise a more interesting example than just adding up a list of numbers. First, we will describe how the example works and get familiar with it.

We are going to look at a very simple way of trying to simulate the way that traffic flows. This better illustrates how parallel computing is used in practice compared to the previous salaries example:

In this example we only talk about a straight, one-way road without any intersections. We think of the road as being divided into a number of sections or cells, each of which either contains a car (is occupied) or is empty (unoccupied). The way a car behaves is very simple: if the cell in front is occupied then it cannot move and remains where it is; if the cell in front is unoccupied then it moves forward. A complete sweep of the road, where we consider every car once, is called an iteration; each iteration, a car can only move once. Having updated the entire road, we proceed to the next iteration and check again which cars can move and which cars stand still.

If you want, you can think of each cell representing about 5 metres of road and each iteration representing around half a second of elapsed time.

Despite being such a simple simulation, it represents some of the basic features of real traffic flow quite well. We will talk you through some examples in the next few videos.

Why do you think this problem is a good analogy for other, more complex simulations? If the traffic flow problem was to be parallelised, how do you think it could be decomposed into parallel tasks? Ask other Learners if you’re not sure!