This content is taken from the Partnership for Advanced Computing in Europe (PRACE), The University of Edinburgh & SURFsara's online course, Supercomputing. Join the course to learn more.
View course
5.4 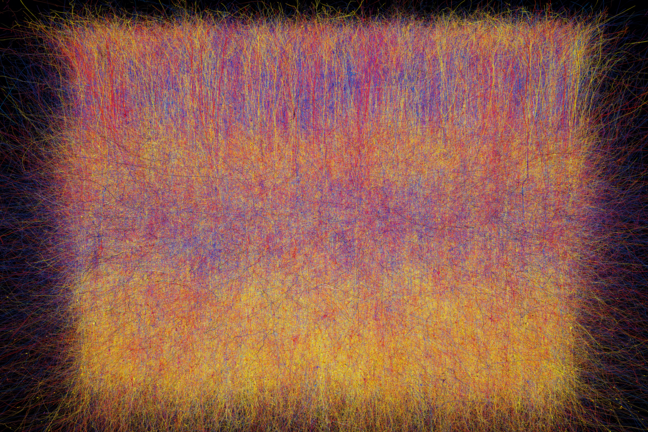 The Blue Brain Project (BBP) aims to build comprehensive digital reconstructions (computer models) of the brain, which include the brain’s different levels of organization and their interactions, and which are compatible with the available experimental data. The supercomputer-based reconstructions and simulations built by the project offer a radically new approach for understanding the multilevel structure and function of the brain.

With its 100 billion neurons (brain cells) and its 100 trillion synapses (biological pathways through which signals can be exchanged), the human brain is a complex multi-level system. The connections among the neurons form a hierarchy of circuits, from local microcircuitry up to the level of the whole brain. Meanwhile, at a lower level, every neuron and every synapse is a complex molecular machine in its own right. It is the interactions between these levels, which give rise to human behaviour, human emotion and human cognition.

In fact, the BBP’s latest reconstruction of the cortical microcircuit connectivity is based on experimental data representing less than 1% of the synaptic connections in the circuit. Lab experiments providing new data and constraints make it possible to test and progressively improve the digital reconstruction. Data and neuron models used in the current reconstructions are already available at the project’s NeuroMicrocuitry Web Portal and will soon be accessible through the Human Brain Project’s Brain Simulation Platform.

Simulations give insight into experiments that would be difficult or impossible in biological tissue or in living animals – for instance, experiments requiring simultaneous measurements from large numbers of neurons. Such experiments provide a new tool for researchers seeking to understand the causal relationships between events at different levels of brain organisation.

The supercomputer-based simulations turn understanding the brain into a tractable problem, providing a new tool to study the complex interactions within different levels of brain organization and to investigate the cross-level links leading from genes to cognition.

In your opinion, what are the implications of being able to study certain aspects of the brain without the need to measure everything?