How do batteries work?

After our exploration into plastics and solar cells, we arrive at the question of how to store energy once we obtain it, for example, from the sun.

In other words, we arrive at batteries, the not so perfect solution to energy storage but until now still one of the better ones. On this page, we will dive into the world of batteries.

The history of batteries

Batteries have been around since the 1780s when Italian scientists were studying “medical electricity” using a frog’s leg. It was discovered that the metal used to touch the frog’s leg passed some electrical current. Following this observation, it was demonstrated that by stacking copper, zinc and cloth or cardboard soaked in salt water you get an electrical reaction. This was the start of the first battery (1).

How does a battery work?

A battery consists of 4 main components: 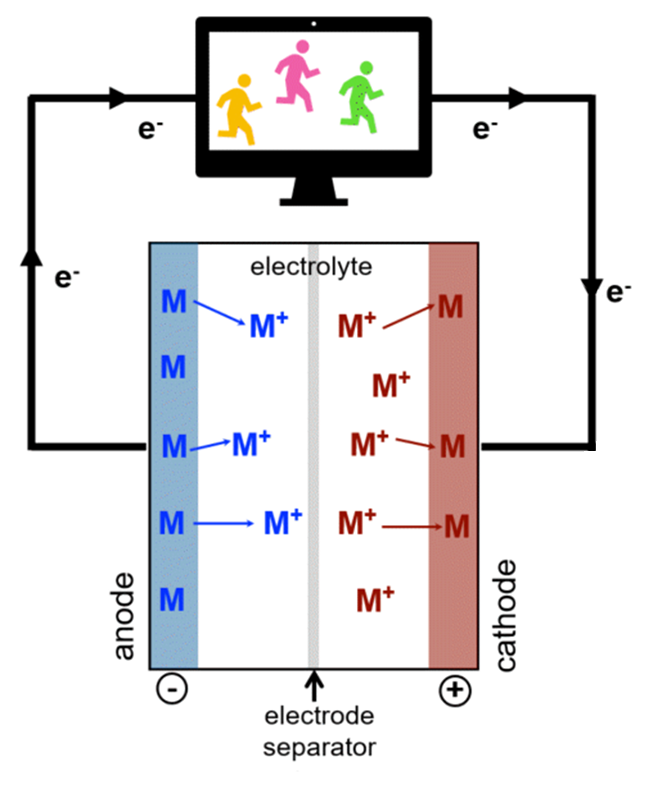 Anode - (negative) is the source of electrons (e) that flow through the external circuit to the cathode as a result of a chemical reaction; the anodic material (M) releases an electron resulting in a positive ion (M+), which dissolves in the electrolyte. The battery becomes discharged when no more M+ ions can be formed.

Electrolyte maintains the ion balance between both sides of the battery.

Separator provides a barrier between the anode and cathode while allowing the exchange of ions in the electrolyte between both sides of the battery to maintain charge balance (2).

The materials that create the anode, cathode, electrolyte and separator can change from battery to battery.

There are two types of batteries:

Different types of batteries are required for different purposes: 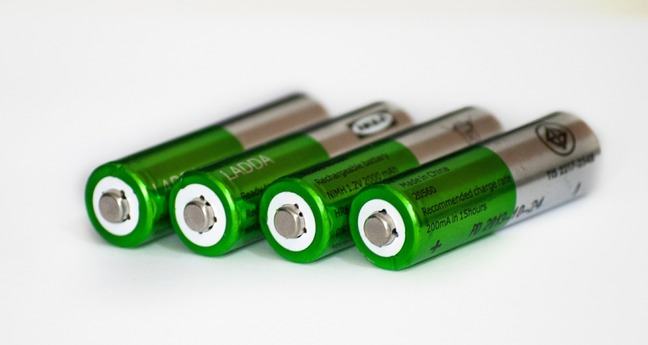